Your Morning Dump... Where we look at the Celtics most significant preseason stat 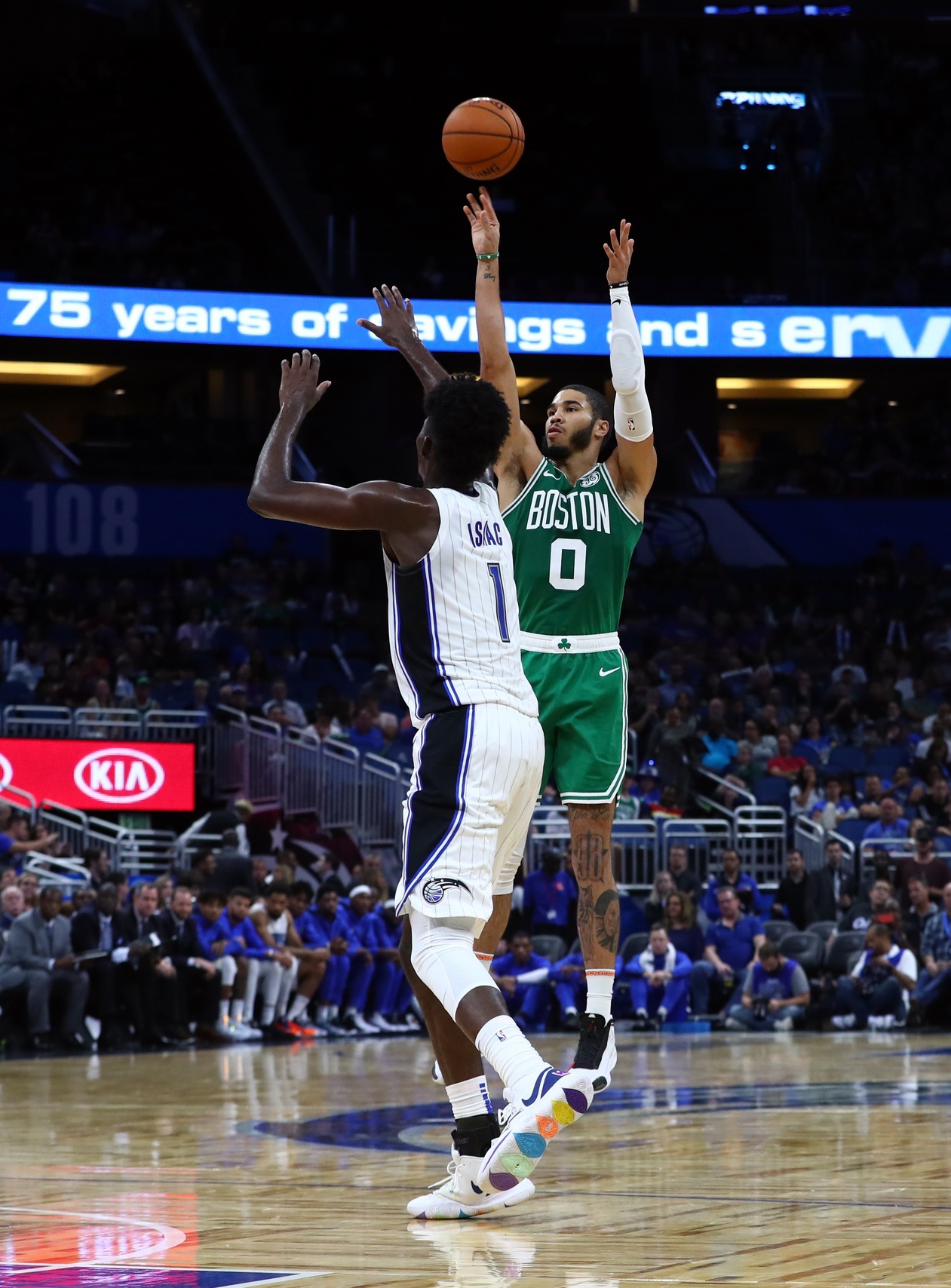 Your Morning Dump... Where we look at the Celtics most significant preseason stat

“Focus on getting to the basket much more. Shoot more 3’s. 3’s and layups,” he said. “And free throws. If you want to be a great scorer in this league, you have to get to the line. Free throws is super important. Getting to the basket and that opens up the rest of the game.”

The math checks out. Even if Tatum shoots 30 percent from 3, that’s nine points per game from beyond the arc. He’d have to shoot 50 percent from mid-range to beat that, which he doesn’t. In fact, according the NBA.com statistics, Tatum shot 36.6 percent on mid-range shots last season. He shot 37.3 percent from 3.

So armed with that knowledge, Tatum specifically (only five of his 39 preseason shots came from the mid-range) and the Boston Celtics as a whole, concentrated on changing their shot profile.

The change is pretty drastic.

Shots in the restricted area jumped from 28.68 percent last regular season to 40.86 percent this preseason. There was also an uptick in 3-pointers, from 37.99 percent of the shots taken to 40.58 percent.

Obviously the sample size is much smaller. We’re comparing a percentage of 7,423 field goal attempts from last regular season to 345 field goal attempts in the preseason, so 82 games worth of data could smooth out some of those big jumps. Still, the results are pretty clear. Boston is eliminating the most inefficient shot in basketball.

Whereas last year’s pre-season was a harbinger of the painful and underwhelming season that followed, there’s hope that this 4-0 campaign will foreshadow a joyous and overachieving campaign.

Regardless of how the season starts, it’s clear that Celtics are going to try to score points in different ways than they did last season. Jayson Tatum is the poster child for this shift in shot selection, but the entire team will need to pass up iso mid-range jumpers for in-rhythm 3s and drives to the basket.

It’s not wise to overreact to the team’s pre-season performance (as Chris Forsberg notes, the combined ’18-19 record of the Celtics’ pre-season opponents was 28.8 wins), but we can all share in the optimist that emanates from the Cs playing the right way and building the right habits. From shot selection, to effort, to camaraderie on the court and on the bench, it’s hard to nit-pick with anything from the last two weeks of fake games.

Let’s see how those habits translate to the first month of the regular season slate.

NBCSports — Inside the Numbers: 7 stats that defined the Celtics pre-season schedule

On page 2, one of the Celtics most important additions this off-season, and her story

Allison Feaster found herself in the deep end at the Celtics’ practice facility. Embedded with the Celtics as part of the NBA’s inaugural Basketball Operations Associate Program, Danny Ainge had, to her surprise, invited her into a free-agent scouting meeting.

“I sat with Danny at the facility for a couple of hours, just getting to know each other,” Feaster said. “I remember a very valuable lesson he mentioned — that all of the positions that he’s had post-playing really came about serendipitously. He never really planned to be in a certain place, but things kind of just worked out.”

As serendipity would have it, Feaster ended up back in a room with Ainge again several years later. This time, it was as the Celtics’ director of player development, consolidating responsibilities previously shared throughout the staff into a role specifically carved out for Feaster, helping players manage their lives and achieve their goals on and off the court.

So as part of that internal network, a large part of Feaster’s role is to maintain points of contact with the players that revolve around their personal growth and day-to-day lives.

“What Allison will be doing is playing that liaison between player and the team leadership to make sure that those resources that are necessary, players have access to it,” Taylor said. “If players demonstrate a need for different resources, she’s going to be an advocate to make those happen. Each team operates differently, and so the Celtics have made a really great addition by bringing in Allison and really giving her that mandate to execute the player development program.”

The Athletic — ‘How can we find a way to hire this person?’: Why the Celtics were so driven to add Allison Feaster

Allison Feaster is Harvard Womens Basketball’s all-time leading scorer. She’s also risen through the ranks of the NBA’s Operations Associate Program after a playing career overseas and is now going to be the Celtics’ conduit between players and the non-basketball resources they need to be successful mentally and emotionally.

The position is a crucial one as the NBA focuses on mental health, and Feaster’s rise to the role is impressive and meaningful, as the Celtics continue to diversify their leadership with their second prominent female hire of the year.

Definitely check the story out if you have a subscription to The Athletic.

The Athletic — 10 bold predictions for the new Celtics season