Your Morning Dump...Where it's not just another opening night for Al Horford 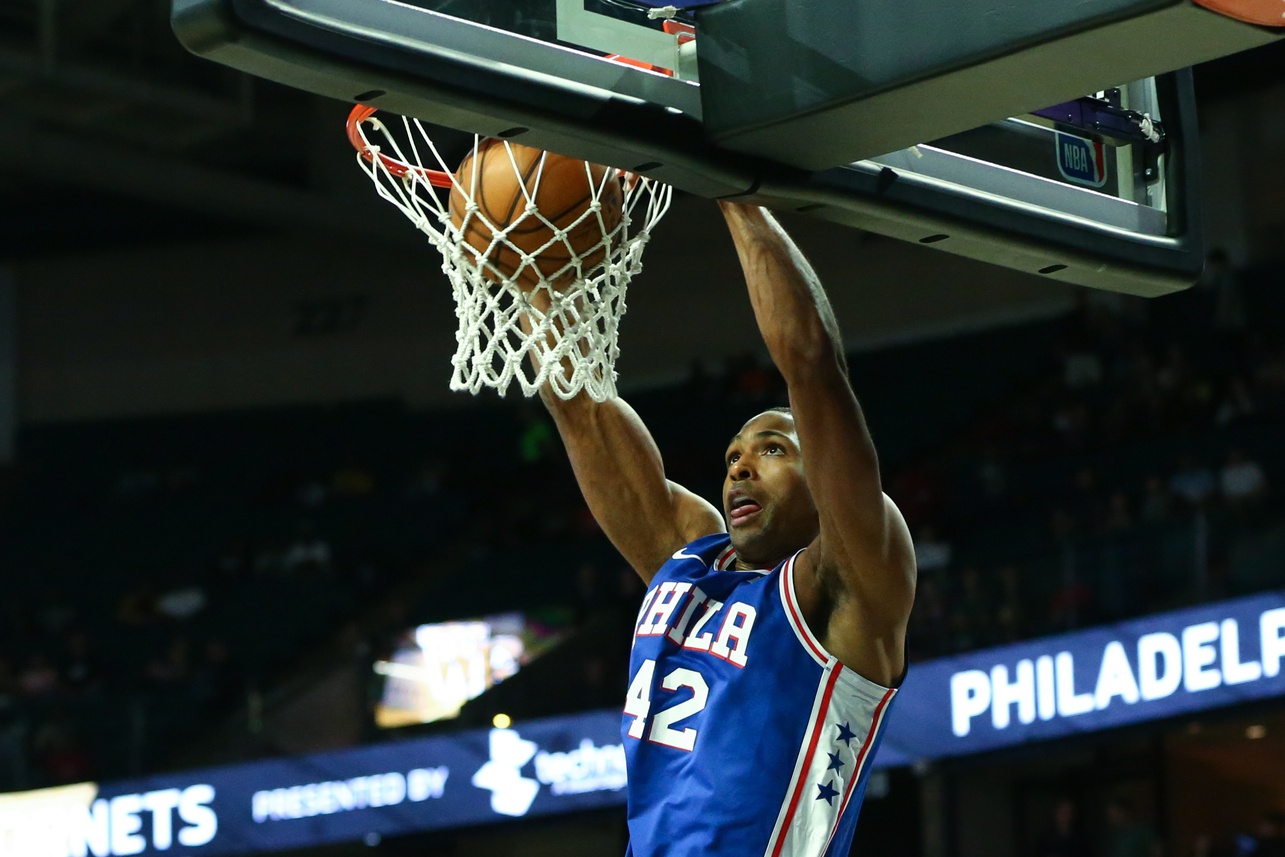 Your Morning Dump...Where it's not just another opening night for Al Horford

But perhaps the most notable storyline is Al Horford lining up on the opposite side after spending the three years in Boston.

Horford readily admits it won’t feel quite right going up against his former C’s teammates, especially given the rivalry between the two Eastern Conference foes. The 33-year-old veteran opened up about it after the Sixers’ practice on Sunday.

Kyrie Irving wasn’t the only star to depart from Boston this offseason. While Irving took his talents to Brooklyn, Al Horford opted for a partnership with Joel Embiid and Ben Simmons in Philadelphia. A team who the Celtics have battled with over these last few years and one who is hated in Celtic lore as they’re historically the team’s biggest rival aside from the Lakers.

To put it bluntly: it’s going to absolutely stink watching Al Horford in those Sixers threads. It’s certainly a change of pace and I’m still not entirely sure how I feel about it. Does he get booed when he returns to Boston? Was he really the missing cog that puts Philly over the top? Do I like him as a player still? It’s all very complicated and I guess tonight we will begin to uncover the answers to these questions.

Apart from the personal factor of Horford’s decision, there will be implications on the floor. The biggest part of the Horford addition is the defensive prowess he’s going to bring to the table. He’s one of the best big men in the game on that end and he’ll be sure to take some of the heat off of Embiid as he regularly burns himself out before the 4th quarter.

3-point shooting is something else he brings to the floor as he shot 38.2% from the arc in his three years in Boston. For a Sixers team who has one real shooter on the roster in Tobias Harris, and a point guard who refuses to shoot them (I don’t care that he made one against the Guangzhou Long-Lions, that team isn’t real as far as I’m concerned), Horford’s shooting will be huge for them.

Lastly, he’s one of the most versatile and selfless players in the NBA as he not only brings a presence on the court but in the locker room. In Boston Al was basically the Dad of the team and they leaned on him, especially in the 2018 Playoffs. He’s also the ultimate teammate and someone who’s regularly lauded by his peers for it. For such a young team in Philly, this experience will be invaluable down the stretch.

Tonight marks the beginning of a new chapter between these two teams as a reshuffling went down in the league. While Horford was the crown jewel for the Sixers, the Celtics got some new toys of their own that they’re ready to show off.

Whatever happens…It’s been real, Al.

Then to our friends in green: Welcome back boys, let’s get to work.

Page 2: Where the Celtics made Jaylen Brown’s decision an easy one

When Jaylen Brown signed his 4 year $115-million-dollar extension with the Celtics on Monday he became the first Celtic to receive a rookie extension since Rajon Rondo in 2009. Danny Ainge doesn’t sign these extensions often and it was kind of a surprise that the two sides came to a deal before the season. In the end, even though the salary numbers seem to be a bit steep in the interim, it was the right move.

We saw first-hand last season how a team is affected when there are guys in the room that don’t want to be there and when you come across a talent like Jaylen who wants to be here for years to come, you have to sign that guy. It would’ve been a risky play if they had let him hit restricted free agency next year as the free-agent class isn’t as strong as it’s been in recent years. Instead of going that route, they got out ahead of it and got the deal done. Lastly, it takes the pressure off of Jaylen in a contract year and puts the focus on one thing, basketball.

All in all, it’s fabulous to know we’ll be seeing Jaylen Brown in green for at least the next 5 season. It’s even better to know he’s as pumped as we are about it.

And finally, you hate to see Lebron and AD lose their season opener.

Lakers just embarrassed Los Angeles with a half ass effort.

Globe: 12 bold predictions about the Celtics