Rapid Recap: Celtics grind out narrow W against Flask Dad and the Knicks 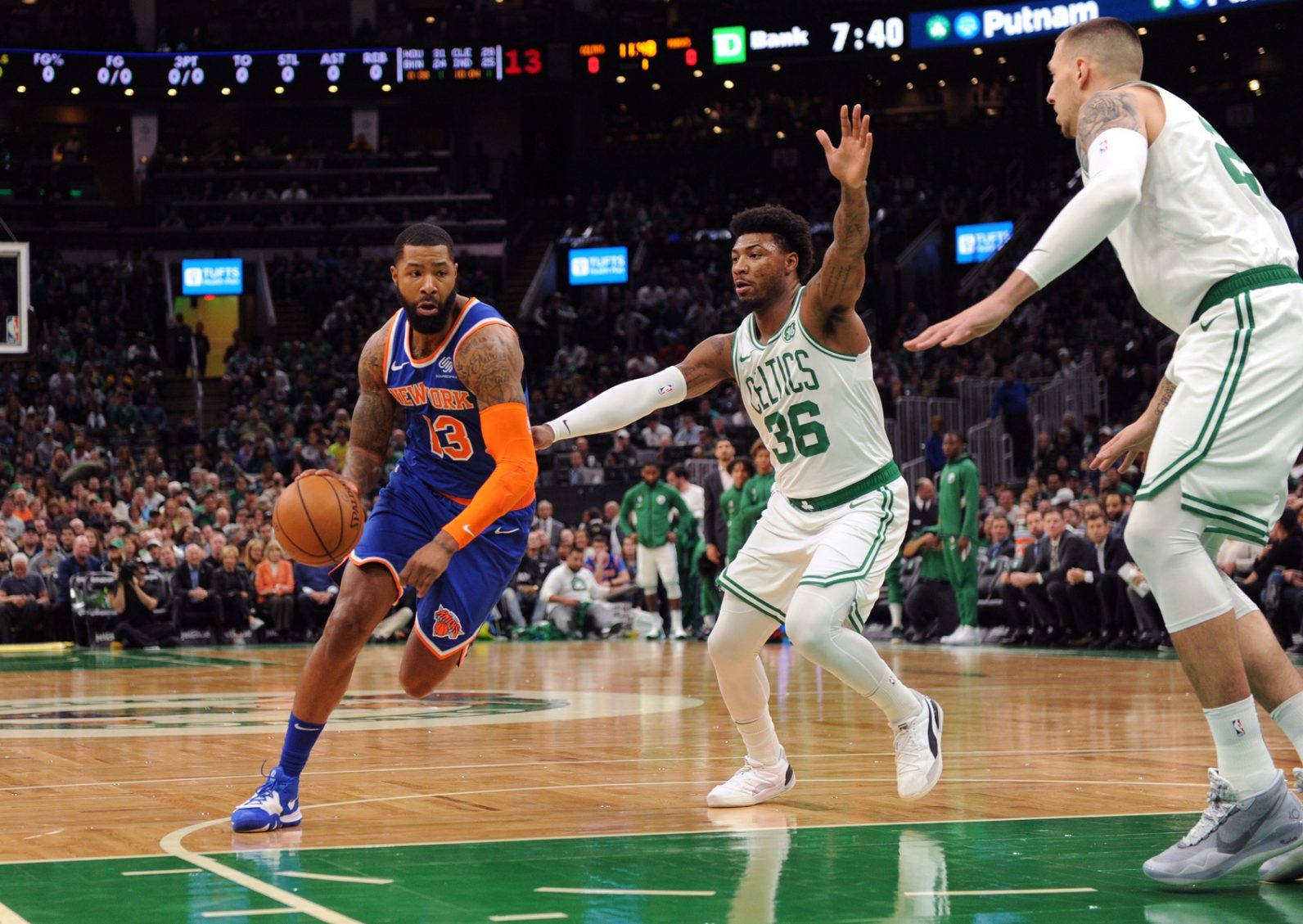 Rapid Recap: Celtics grind out narrow W against Flask Dad and the Knicks

Marcus Morris, Flask Dad himself, is a master of pettiness. Makes sense he’d do his best to beat the Celtics on his own in his new Knicks threads, in light of today’s report regarding his surprise at Boston not calling him in free agency.

As you might imagine, “Marcus Morris trying to win basically on his own” didn’t make for aesthetically appealing basketball. Nor did “Celtics not being able to shoot, like, at all, for long stretches.” Mook did, in the end, have an excellent game (29-9-3 plus 2 steals) and hit a would-be dagger in the game’s final 10 seconds—but was undone by Jayson Tatum’s counter-dagger (part of a 24-6-3 game) that ultimately won the game for the Cs 104-102.

They wouldn’t have got there at all, however, if not for the consistent intensity of Kemba Walker, who shot inconsistently but feasted at the stripe (14-14 FT) en route to an excellent 33-6-5 performance (plus 1 steal).

This game should’ve been easy but was ultimately kinda sloppy, in no small part due to the absence of potential scorers like Jaylen Brown and Enes Kanter. But it was ultimately a W. Let’s take a more granular but still breezy look at the contest thanks to you beautiful weird geniuses on Twitter.

Jayson Tatum was the focus early on, in many ways:

Feels like the Knicks early strategy was make Tatum beat us

Jayson Tatum just dropped one of the most beautiful dimes I've seen him throw… and it came on a post up, which I especially enjoy

Other things were less good:

New York had the lead 23-22 to start the second frame, and while the Knicks were not exactly good, they were good enough, in part because of facts like this:

At the half, the Knicks maintained a virtually identical one-point lead (50-49).

The worm began to turn in the third, sort of, highlighted by things like this:

But it was just a narrow 75-74 Boston lead as we headed into the final quarter of the contest:

Sounds about right, Sam. Eventually, THE KEMBAING began, and:

Kemba Walker hits a much needed 3 for the #Celtics 💦 pic.twitter.com/qXtniKwF3m

This fine gentleman called it, because GOOD LORD NOTHING IS EVER EASY:

I can feel a Morris straight away 3 coming here

But whatever his woes may be at the rim, Tatum has been a sniper behind the arc thus far and definitely was tonight:

TATUM TAKES IT… MAKES IT!!! pic.twitter.com/e0xzbtRjnP

And that’s a wrap.

As a bonus: This won’t make sense outside Weird Celtics Twitter, but too bad, because I am always here for Cheddar Goblin/Mandy references:

i am in mexico city and cannot watch the game tonight but here is a mood board pic.twitter.com/Y2BPxRhp4N