Your Morning Dump... Where Marcus wants all this groin kicking to stop 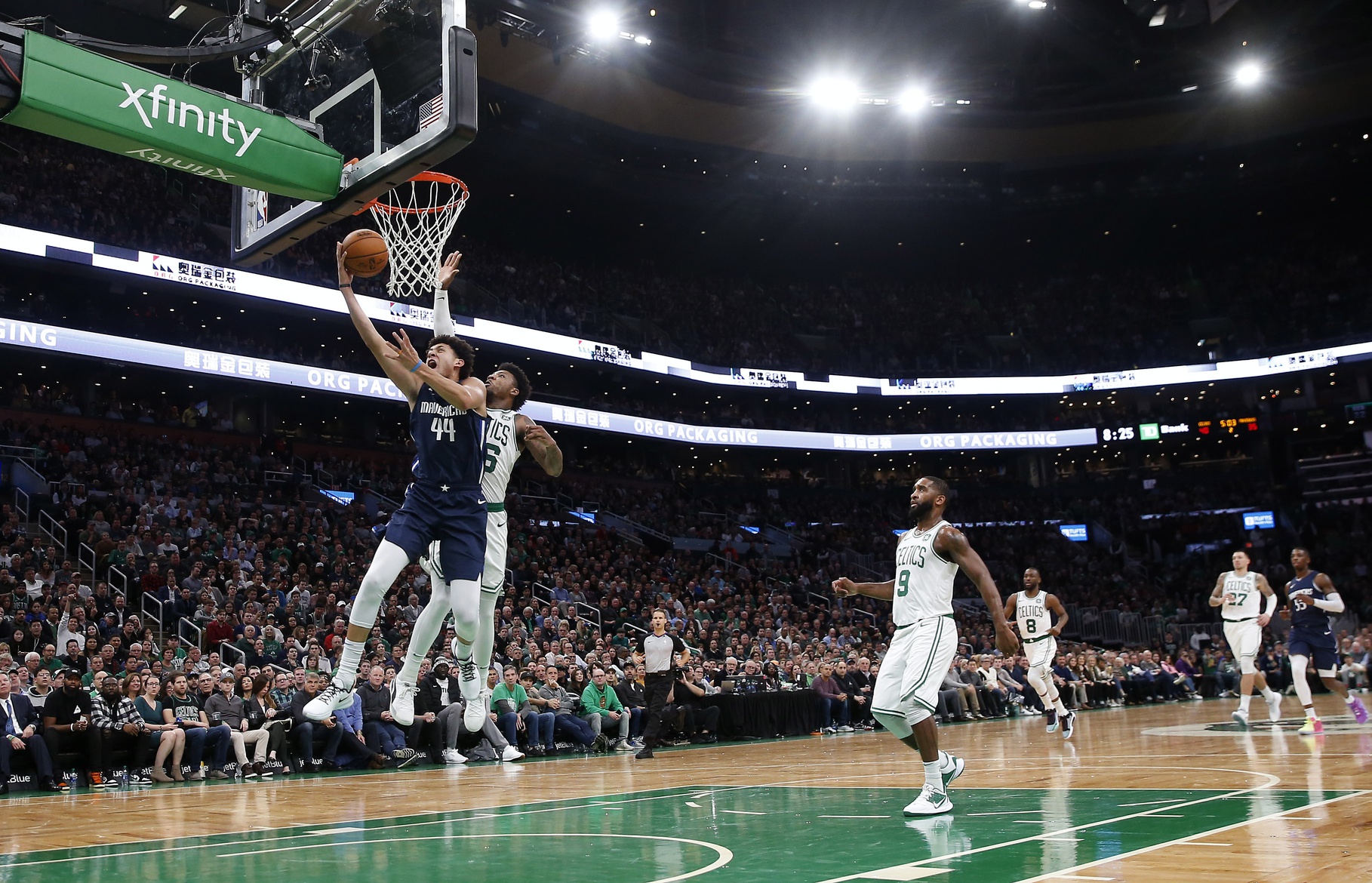 Your Morning Dump... Where Marcus wants all this groin kicking to stop

Smart has hit 11 of his last 19 shot attempts, including eight of 16 3-point attempts. He’s been a big reason for the Celtics eight game winning streak.

But… he’s taking a beating out there.

The Celtics have an 8 game winning streak going, and Smart’s got a personal best (worst?) 3 game kicked-in-the-berries streak going.

What I don’t understand about the NBA is that switching bigs onto Marcus Smart does not work, but teams keep doing it.

John Karalis points out why farther down:

The most obvious is his strength and ability to stay low and keep his position, even as a behemoth buries his shoulder into Smart’s chest trying to claim new ground.

Smart is an expert at manipulating his center of gravity. Check out this defense on Thaddeus Young:

At first, you can see Smart positioning himself to potentially take a charge. He’s in a crouch with his hips (a good rough estimate of where his CoG is) behind his feet. This is a very unstable position, and it’s how Smart earns his charges.

Young doesn’t bite on the offer and instead tries to create space around Marcus with a baseline pivot.

Marcus quickly switches from a ‘charge-friendly’ position to one where he will be very difficult to move. The leg on the side where Young is pivoting is set up so that Smart’s CoG is directly above that foot, while his outside leg is arrow straight, and you can draw a line from that foot all the way up through Smart’s CoG and into Young’s chest. In order for Young to move Smart at this point, he has to be strong enough to buckle Smart’s locked left knee or overpower Smart’s obliques, which are holding his torso in position relative to his hips. He’s not.

Note that Smart quickly repositions that bracing leg each time Young moves, and as Young gets close to the baseline, Smart shifts from using his left leg as a brace to using his right. At nearly every moment you can draw a line from Young’s point of contact straight through Smart’s CoG down to his bracing foot.

Then, when Young squares to shoot, Marcus quickly pulls both feet directly under his shoulders, enabling him to contest the shot vertically, thus avoiding a foul.

The thing that I don’t get about the NBA, and about basketball in general, is that this is basic physics. I mean, race car engineers have been using similar principles to design anti-squat/anti-dive suspensions for the better part of a century.

It may be initially counterintuitive for players to understand that their best approach to defending a taller player is by making themselves even shorter, but it works, and as long as the defender is quick enough to keep that straight line between his outside foot and the other player’s point of contact, it works incredibly well.

So. Why do we make a big deal about Marcus Smart playing this way?

Because even though the laws of physics that make this work have existed since shortly after the universe began, coaches either don’t teach it or don’t consider it worth spending a great deal of time on. And, on the other side of the coin, players by and large don’t think it’s worth learning or worth doing.

I mean, I get that teams may stick with that maneuver because it works 97% of the time, and they don’t want to come up with wrinkles to their offensive sets that are designed to minimize Smart’s effectiveness, but shoot, isn’t that what they’re paid to do?

And I do not understand why the league, as a whole, is so blasé when it comes to defense. I mean, literally half of the game is spent defending the other team.

Anyway, Danny Ainge has an solution for Marcus Smart’s current problem, but I like mine better:

I will call @RedSox to get you a cup sent over https://t.co/FMp8IJAcn7

Page 2: Where Smart thought this team would surprise people

Celtics shooting guard Marcus Smart had a feeling this team might surprise people.

“We just stayed back, kept quiet, and kept working,” Smart said after the group’s latest victory, their eighth straight. “We couldn’t wait for this season to tip off so we could show everybody.”

Boston edged the Dallas Mavericks Monday night to improve their league-best record to 8-1. The Celtics maintained an advantage for the entirety of the first half before the Mavs took their first lead of the game midway through the fourth quarter. The late push fell short, however, as Kemba Walker rattled off nine points in an 80-second span to secure the 116-106 win.

The problem is that the primary basis for the first belief is the Celtics’ poor performance against the Bucks last season and their worse overall record than the Sixers last season (I’ll get to Al Horford in a moment).

If the Celtics’ poor showing last season represented who they really were, then they did not underachieve. If they underachieved, then last year’s results can’t be used as the primary argument for this year’s expectations.

“But the Sixers got Al Horford!”

Yes. The Sixers got Al Horford. They also lost Jimmy Butler. So it’s not like the offseason was nothing but gains for them.

Also, Al Horford is a pro’s pro. He is a player who rarely makes a wrong move on the court. But he’s not a culture changer. That’s not in his makeup. And the Sixers have cultural issues that will limit what they accomplish. Embiid and Simmons are each in their own way very immature players, and they are the ones setting the tone for that team.

Boston.com: Isaiah Thomas said he’s ready to prove himself this season and has no hard feelings toward the Celtics.  | Kemba Walker gets hot late, scores 29 as Celtics beat Mavs 116-106