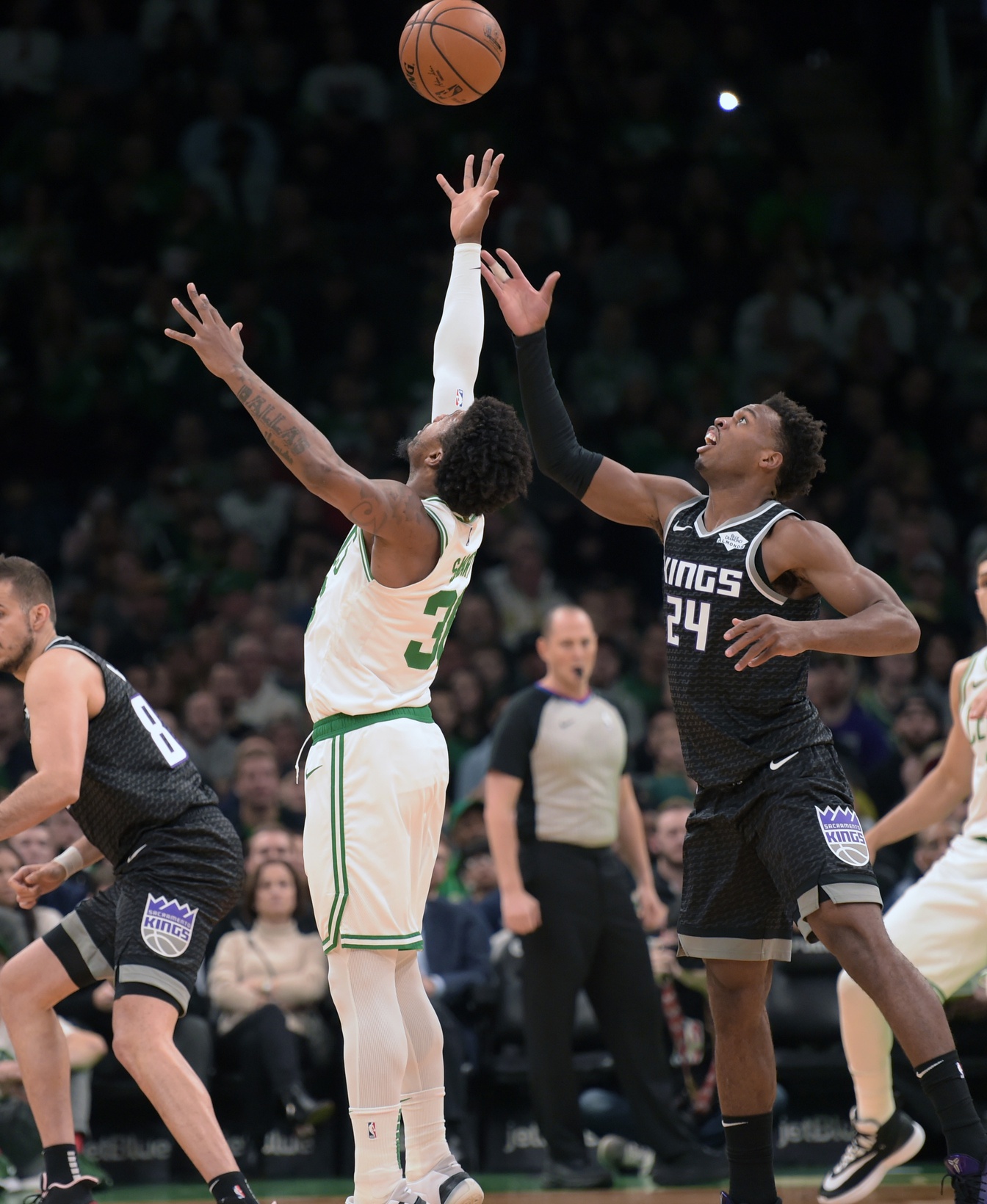 Strange one last night, as they often seem to be when the Celtics play the Kings. Only by the grace of SMARF did Boston not succumb to the Barrage of Buddy. Let’s get granular:

Marcus Smart, Elite NBA Scorer™, got his revenge.
I said I wasn’t going to stop highlighting Smart’s offensive games until I actually saw him have a bad one. But not only did he have a rather exemplary game by any reasonable standard (except plus-minus I guess, in which he was just +2), he also did it in response to his anomalous bad shooting performance and excruciating last-second miss—which I Know Exists But Did Not See—in the last Celtics-Kings matchup.

Lest you be too lazy to click through, he shakes his head. Because he is not mortal, but SMARF. I am a bit concerned about this somehow all falling apart because ESPN’s Zach Lowe just spoke glowingly of him on one podcast episode and interviewed him on another, and Normies like that tend to ruin things…but I have faith that Smart’s Cool will persevere.

Ojeleye made the most of his first start in, like, a gazillion years.
Brad Stevens is neither a petty nor a remarkably emotional man. His choice to start Semi Ojeleye for just the fourth time in his career should put to bed even the whisper of there being any lingering resentment for Semi because of the freak accident that thankfully just sprained Kemba Walker’s neck last Friday night in Denver.

I admit I was surprised to see the move for basketball reasons. However, Ojeleye was a totally solid contributor: just 7 points, 2 boards and a dime, but a +10 due to good, fundamental play. He led all starters in plus-minus, including Marcus Smart and the Jays.

Tatum is (generally) finishing well at the rim.
So…*Herc from The Wire voice* I f**kin’ told y’all this whole “Tatum missing layups” thing was gonna be fine. Didn’t I f**kin tell y’all?

Jayson Tatum’s field-goal percentage within five feet of the rim has quietly crept up to 60.7 (17-for-28) in the last five games, per the NBA stats site. He’s at 45.8 percent for the season.

…Admittedly, it was not exactly sterling tonight—you can read the 39% in the box score just as easily as I can—but my point still stands that the fervor over Tatum’s short-range misses in the first few games was way too intense.

Tremont Waters caught attention with playmaking, not buckets.
Well, aside from that big sumbitch in the final quarter, but you know what I mean. The offensive run for which he served as floor general was others’ glory in terms of actual shots made, and that was totally fine. His handles and feel for the game are what will matter most during any further stints he has with the Cs, whenever those may come.

Enes Kanter had a good one.
He did! I mean, it doesn’t make up for the still-somewhat-odd on-court fit. And there were some of his signature dumbass moves evident in the first quarter. But there’s only so many ways you can complain about a 13-9-2-1 game in which he scored efficiently (over 80%) committed just one foul and goaded an opposing center (Harry Giles) into several truly dumb fouls using his WWE-style taunting shit, which is of course where Kanter’s talent truly lies. You could do a hell of a lot worse.

That said, Daniel Theis should still start. I’m not that radical.