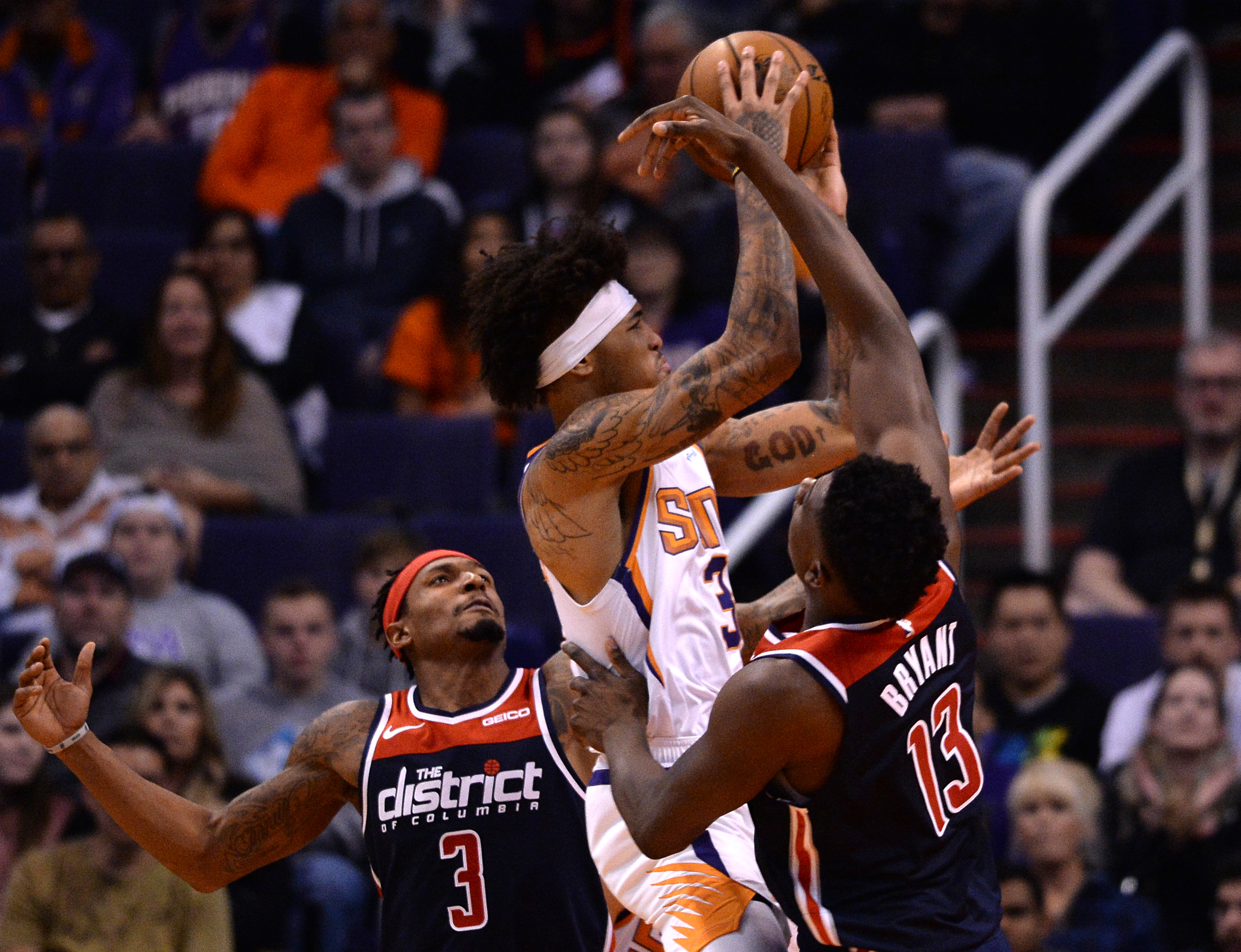 With Kelly Oubre Jr. getting his first chance to host the Washington Wizards as a Phoenix Sun, Hoop District talked to the energetic forward about some recent team events since his departure. You can read about Oubre’s journey over the past year here and listen to the full conversation below.

On John Wall rupturing his Achilles:

“Unfortunate because I just know how hard he works and know that last year he was definitely trying to do everything possible that he possibly could to be an All-Star, to be an MVP caliber player. The way the universe works, it throws a little wrench at you, but I just know John is going to come back way better than ever. So I got faith in that.”

On Otto Porter Jr. being traded two months after him:

“Made no sense. It’s above my pay grade I shall say, but they made the decisions that they felt was the best for the organization.”

On Tommy Sheppard being hired and how he is relatable to young players:

“Tommy has actually been the coolest individual that I have communicated within that organization. He texts me very frequently whether I was sick, down or indifferent. He always texts me saying that he is with me. He always gave me encouraging affirmations to always think about. He gave me an opportunity to play in D.C. I know Tommy is a smart basketball-minded individual and he’s even a better person so I’m just super happy and excited that he got the job.”

“He’s been around a lot of basketball players, he’s been around a very long time, but you also got to credit it to how he was raised. He was raised to pretty much be a selfless person, to be a kind loving person. He shows that and I feel like he is right for the job.”

On Bradley Beal signing an extension:

“That says that he’s loyal, but understanding at this place in his career, his legacy is on the line now. For Brad, it’s not even about the money. It’s never been about the money for him. For me working out with him in the summertime, being around him signing his deals, he’s always interested in the best fit for him to succeed. Next year they have to put some pieces around him or just continue to grow to a place where he is comfortable with staying in D.C. Him and John they deserve to compete for a championship one day.”

“Oh brother, that’s love. He has so much energy so he would always match my energy in the tunnel so he would always be doing something behind me, while I was doing my thing, but it’s love that he is still doing the dab. Thomas Bryant is actually one of the people I’m most proud of in the NBA because he worked his butt off from the mud to kind of get where he’s at. He ain’t going nowhere, he’s a hardworking pro.”

On what he misses most about D.C.:

“That mumbo sauce. I miss the wings with the mumbo sauce. It was a great place because it felt super warm. It was a place that I accepted as home. When I left D.C. I was definitely sad, devastated moving out of my apartment. There’s always grass is greener on the other side as well if you continue to stay positive. But D.C. as a whole, people in the campuses of GW and Georgetown, seeing people walk around, you don’t see that much urban city life out here. To each his own, you like what you like.”

On his best memory of team security Jackie Miles:

“Him and Keef would always just play around and airbox. Jackie would get his wins and take his losses too, but seeing him punch the air and being a professional boxer is just the funniest thing to me. Just also his charisma, his swag, the way he uses his words too.”