Your Morning Dump... Where Marcus Smart needs a sick day 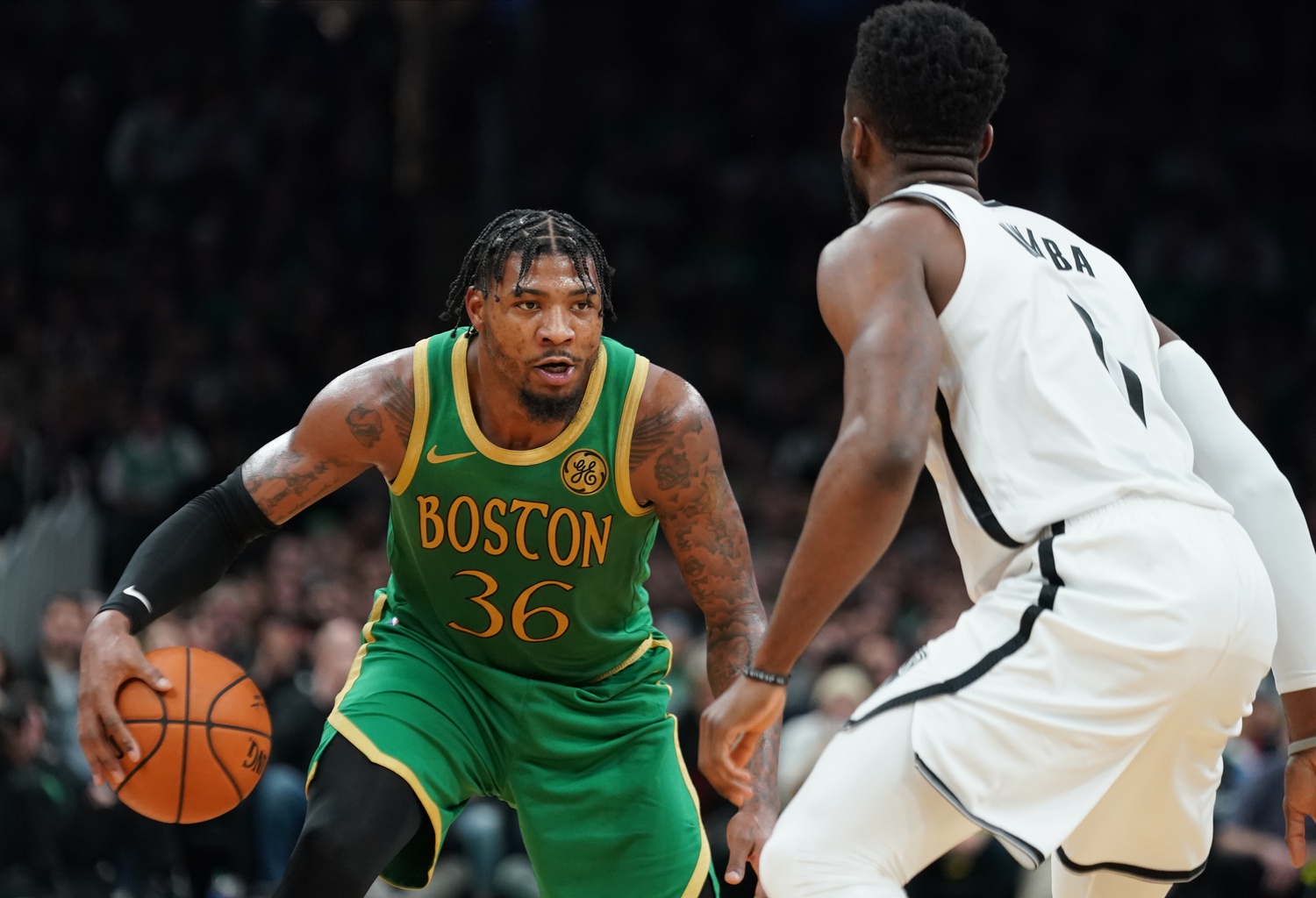 Your Morning Dump... Where Marcus Smart needs a sick day

The latest has been diagnosed as an issue with his left oblique. That it comes on top of hip, ankle and finger injuries just brings it closer to critical mass. So does the fact this is the same oblique that caused him to miss the first round of last year’s playoffs and be hindered when he returned for Game 4 against Milwaukee.

It was at first thought he’d injured his hip again Sunday, but Smart corrected that as he walked toward the Celtics’ bus.

“No, just in my oblique,” he said. “Right in the same spot that I tore last season. It wasn’t as bad as the tear, but it’s still sore and pretty tender. We’re just going to take it slow and day by day re-evaluate it (Monday), and see what we have to do.”

Smart didn’t have surgery last season, but he noted there is still scar tissue in the area.

As for whether it might be time for him to miss a game or more to get his body closer to healthy, Smart said, “I think so. I think that might be it. That might be my final straw. We’ll see how it goes.”

With Miami and Denver coming to Boston this week, I’d love to see Marcu Smart on the floor. But with Smart accumulating nicks and bruises almost daily, it’s obvious the guy needs some rest.

And it appears the battle wounds are taking a toll on his offensive production. After a torrid start, Smart’s 3-point shooting has plummeted to 33%. Over the last two weeks, he’s shooting 22% (10-46).

Regardless, I’ll be stunned in Smart missing more than one game. It’s just not his nature to sit out with anything less than a major injury.

Smart’s absence will further strain an already wildly inconsistent bench. The rookies are offensive liabilities. Rob Williams, Ojeleye and Green are crapshoots. On the bright side, Enes Kanter has upped his production over the past week. The only real steady performer is…

On Page 2, Jayson Tatum the playmaker.

Tatum's best playmaking game in career so far with dimes like this pic.twitter.com/19jzeTYeFP

One game won’t necessarily break the trend for the 21-year-old forward, who still ranks toward the bottom half of the roster in assist percentage. However, Sunday’s effort is a valuable building block for the 20-point scorer, particularly as he handles more responsibility as a secondary ballhandler with the second unit while Gordon Hayward is sidelined.

His early passing (six in the first half) forced the Knicks to abandon their blitzing of him in the halfcourt and that opened the door for him to take advantage of mismatches and pile up 30 points to help carry the C’s to a win. The more Tatum can show this kind of balance, the more dangerous this Celtics offense can become once it returns to full strength.

Of the 23 players with a higher scoring average than Jayson Tatum (21.1 ppg), only Bojan Bogdanovic is averaging fewer assists per game (2.2 apg vs 2.7 apg).

If notable ball hogs like Andrew Wiggins (3.5 apg) and blackholes like Joel Embiid (2.8 apg) can pass the ball, so can Tatum. It’s the next progression in his game and it’s glorious to watch.