Your Morning Dump...Where the Celtics need to start walking the walk 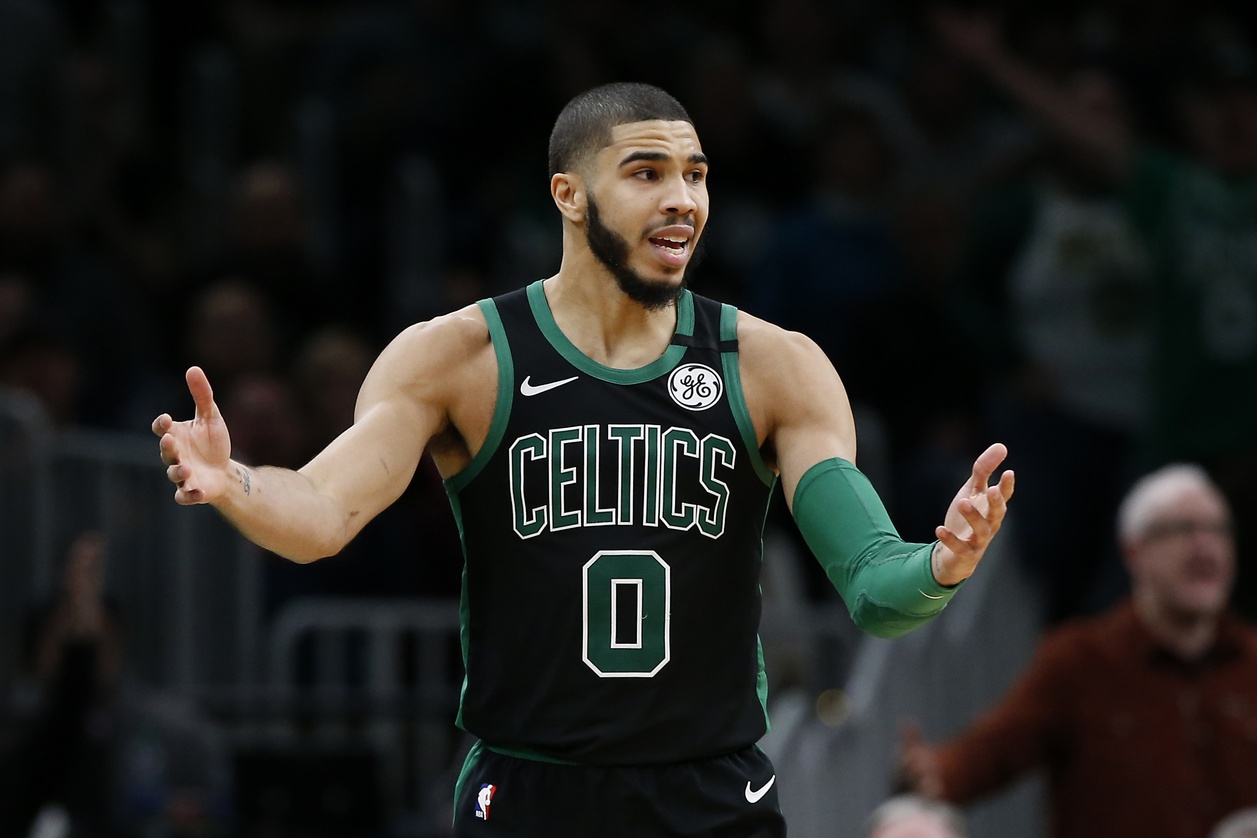 Your Morning Dump...Where the Celtics need to start walking the walk

The Celtics can keep talking about improving, getting off to better starts, being more cohesive defensively and consistently matching their opponent’s intensity. Yet, such words are meaningless until they are put into action.

Again, following another loss to a sub.-500 team, the Celtics promised to be better, promised they would “look at the tape” and try to improve on their mistakes. But they are repeatedly getting beat because they have taken their early success for granted.

The Celtics have fallen to fourth in the Eastern Conference after their 123-119 loss to the Phoenix Suns, a game they trailed for the final 46 minutes 23 seconds despite a franchise-record 11 3-pointers from Marcus Smart and a furious rally in the final 2:13 that cut a 14-point deficit to 3, 114-111.

If you’re the Boston Celtics, last night is a very tough pill to swallow. After nearly completing a Houdini act on Thursday night in the waning moments, the Celtics came into Saturday night looking to right the ship before LeBron James and the Lakers come to town Monday night. As you can see from the blurb up above, their quest didn’t go well. They were put over a spit by the Suns and they were the ones who resembled a sub .500 team. They wasted a 37 point outburst from Marcus Smart and looked lethargic on both ends. At some point in time, talking about being better doesn’t hold much weight when there isn’t a concerted effort to get better.

They’ve lost 6 of 8 games while giving up an average of 113.7 points per game. To put that number into perspective, the Celtics average a total of 105.6 points allowed per game and pride themselves on the defensive end. While they haven’t been fortunate in finding a cold team, that just cannot happen at this point in the season. They come out lazy and then try to claw all the way back when it’s too late. It’s not realistic to make these comebacks in the last 2-3 minutes of a ball game. The past two games they’ve simply ran out of time and if that isn’t a lesson in it’s own right, I don’t know what is.

It’s worth noting that both Kemba Walker and Jaylen Brown were out last night, but that still shouldn’t be an excuse. If the Celtics are going to be a title contender they have to be able to win when they aren’t at 100%. You never know what’s going to happen down the line and we’ve seen the injury bug rear it’s ugly head time and time again with this team.

The reality is the Celtics, especially when missing two starters as they did Saturday night with Kemba Walker and Jaylen Brown, aren’t good enough to take any opponent for granted even on home court. They had a firm hold on the No. 2 seed two weeks ago and are now watching Toronto, Indiana, Philadelphia and Miami righting themselves and playing well.

Since the slippage began the Celtics have fallen to 4th in the conference and are only a half game up on both Philly and Indiana. They’re not good enough to take teams for granted and they’re not good enough to flip the switch come playoff time (we all saw how that experiment worked last season). They’re going to have to build good habits and give it their all on both ends every single night. That isn’t what we’ve been seeing lately and at some point we will figure out if this team’s early season run was a product of poor competition or if it was for real.

Right now, it’s leaning towards the former and for a team that has title aspirations and a deep playoff run in mind, that isn’t where they want to be. If they’re going to talk about it and say they’ll be better until they’re blue in the face, they have to be about it. They can’t just continue to give lip service and then sleepwalk through 3 and a half quarters of basketball. This isn’t high school, this isn’t college, this is the NBA. If you give a team an inch they will make you pay and before you know it you’ll be in a dogfight with the Suns at home.

“We just have to get a little bit better,” Celtics coach Brad Stevens said. “This will be a good stretch when we look back on it, because it will force improvement, it will force urgency on every detail, it will force [you] to do your job for 48 minutes. So these are never fun to go through. It [stinks], but this is usually what you look back on and say this is the springboard for you.

My one question here is simple: Does it REALLY force improvement? They’ve been sleepwalking for quite some time so I’m not entirely sure if there’s been any improvement as of late. It just sounds like a buzzword and lip service after a bad loss.

Brad Stevens is another person who has to look in the mirror. It seems like whenever things get out of hand he waits until the ship is long gone to make a change. Wether it be rotations, game plans, or simply calling a timeout, he always seems to be a step too late. It’s been a recurring theme over the years and it was one thing that really hurt this team last season. They don’t get out ahead of problems and that’s something they need to get better at. That starts up top and it’s on Brad to make adjustments when things aren’t going to plan.

Contrary to the vibe of this blog, the sky isn’t falling and they have a chance to shut everybody up for a second if they can pull off a win on Monday. For right now though, they have to start walking the walk if they’re going to talk the talk.

MassLive: Marcus Smart sets Boston Celtics 3-point record “I’d trade all that in for a win”