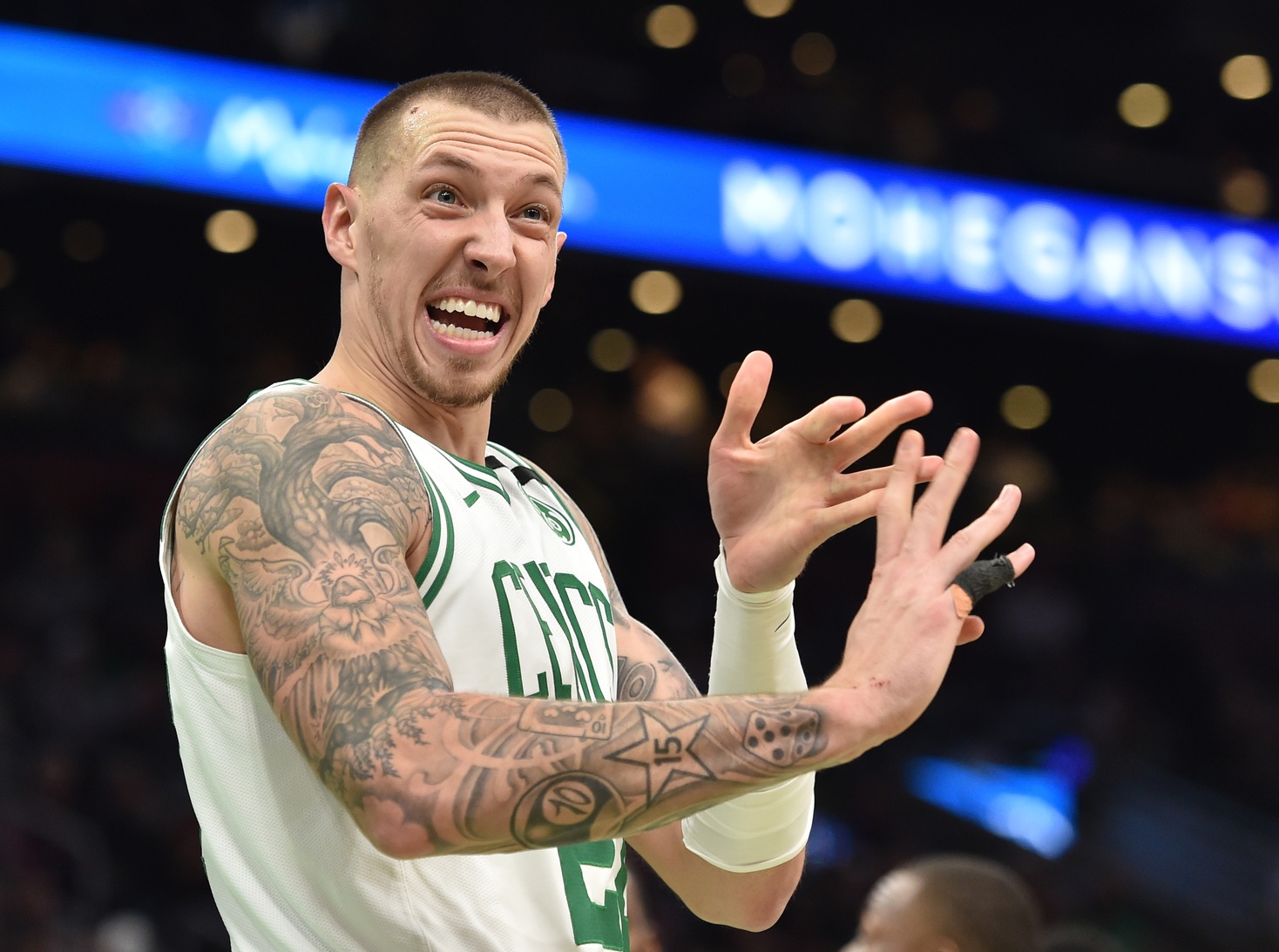 Coming into the season, many Celtics writers (including myself) suggested Daniel Theis should be the starting center. We gambled on his toughness, IQ and ability to hit enough open 3-pointers to keep a defense honest. Over his last ten games Theis has come through in a noticeable way.

So, how exactly has Theis looked over this stretch? His numbers during this run are impressive. Theis is averaging 40 percent from deep on 2 attempts per game while also sinking 56.1 percent of his total field goals. What’s more, he is revving up the defensive effort. It shows in the 1.1 steals and 1.4 blocks he is averaging in just under 23 nightly minutes.

Let’s look at the 3-point shooting. Theis’s mechanics have remained largely the same all year long. Yet, the German big man has gotten more consistent lately. With various Celtics missing games, Theis may feel like he has to score more.

Perhaps a “let it fly” mentality thrusted upon him due to player injuries has resulted in a newfound confidence form beyond the arc. His 3-point attempts per game during this stretch have doubled and his percentage has gone up nearly 13 points. Hitting a late shot clock triple over the outstretched hands of Al Horford is no easy task.

Lately, much has been written about Theis’ screen assists. It is not the sexiest thing to declare, but when combined with his defense his pick setting could be the main reason he has earned the starting nod from Brad Stevens.

No play better showcases this ability more than the one featured below against the Sixers. Theis seals off not one but two defenders for Jayson Tatum to get the easy score. He is 12th in the NBA in screen assists despite being the only player on that list to play less than 25 minutes per game.

Time to talk about defense. Although he does not have the quickest feet in the world, Theis remains grounded in his fundamentals. He looks comfortable on switches and lets those active hands cause deflections and steals.

Once more, those high, active hands break up a pick and roll. This time, it happens to come at the expense of one of the deadliest pick and roll combos the league has to offer.

In case you haven’t noticed, point guard sensation Ja Morant has been euro stepping his way through his rookie season and leaving embarrassed big men in his wake. Yet, Theis was able to stymie him at the rim. At first, he bites on the euro step. After realizing his mistake Theis relies on his positional defense and IQ to block Morant’s at-rim attempt.

The numbers on Theis paint a picture but there are facets to his game that simply do not show up in the box score. He brings grit and energy to every game. Teams need culture setters and Theis can be relied on to play that role alongside teammates Marcus Smart, Kemba Walker, and others. Let’s see if he keeps up his hot play.