Gregg Popovich motivated Tatum to crank up the D 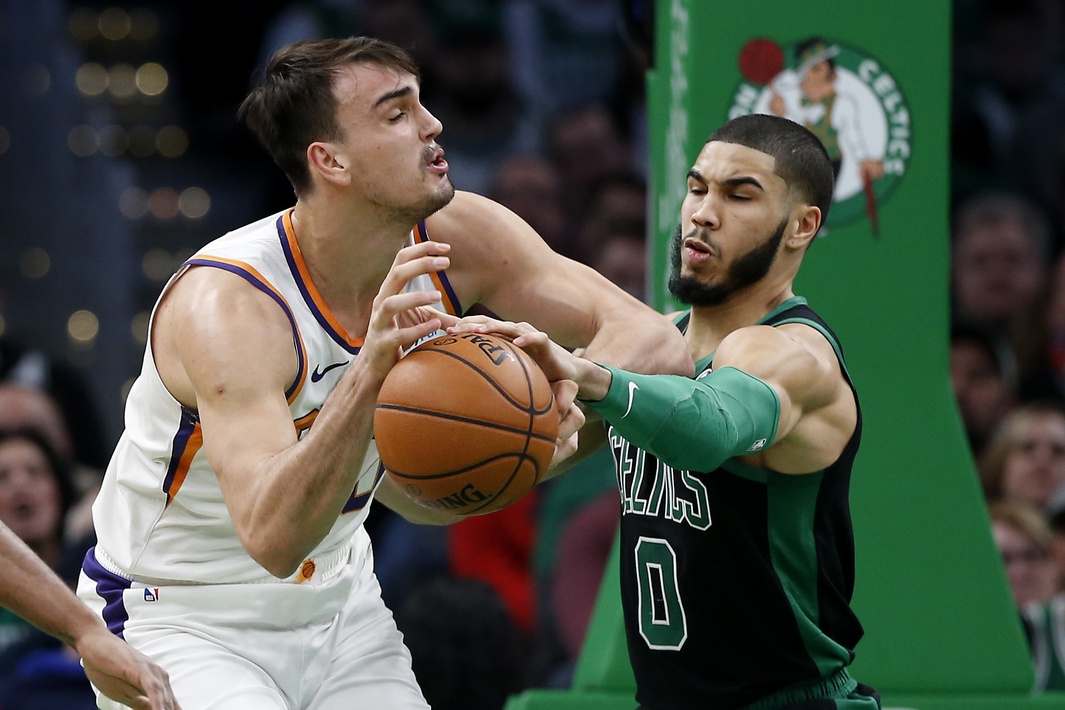 Gregg Popovich motivated Tatum to crank up the D

Before we delve into Jackie MacMullan’s latest column, there’s an update on Jayson Tatum’s status for tonight’s game:

#NEBHInjuryReport Jayson Tatum will play tonight and will be on a minutes restriction, per Brad Stevens

Fantastic. We shouldn’t need much from Tatum to defeat Golden State. It will be nice for JT to shake off any rust with Philly looming on Saturday.

Jackie has a cool story about Pop roasting Tatum about his lack of defensive effort during Team USA workouts.

It was awesome,” says Marcus Smart, who was in the film room with the U.S. squad. “Pop brings out the intensity by doing that, makes you want to be great.”

What Smart and the others were not privy to was what happened in the days that followed that film session. Tatum was hustling to pick up his training gear when he ran into Popovich in the hallway. He motioned for Tatum to take a seat on a bench next to the elevator, slung his arm around the 21-year old, and explained why he singled him out.

“Do you know how special you can be?” Popovich asked. “There are very few two-way players in our game, and you have the opportunity to be one of them. You could be like Kawhi [Leonard] and Paul George.”

Tatum was so surprised he didn’t answer at first, prompting Popovich to hastily add, “I hope I haven’t offended you.”

Tatum has been magnificent defensively this season. There’s been a notable difference in his ability to jump passing lanes, get deflections and block shots.

The stats back up your eyes. Jackie reports that:

Boston allows 0.82 points per play when Tatum defends the ball handler on screens, the sixth-best mark in the league among players to face at least 300 picks. And he boosts the team’s overall defense. The Celtics have posted a 101.8 defensive rating with Tatum on the court, and a 107.3 defensive rating when he sits.

It has become an increasingly common sight to watch the lanky Tatum jump passing lanes and pick off passes like a defensive back; opponents have a 15.9% turnover rate with Tatum on the floor and 14.0% when he’s off the court. That 15.9% turnover rate would rank in the top three of all NBA teams. Tatum also is blocking shots at a career-high rate.

We all hoped Tatum would morph into an offensive star, but the elevation on the defensive end is somewhat surprising.

And if Pop says it, it must be true.