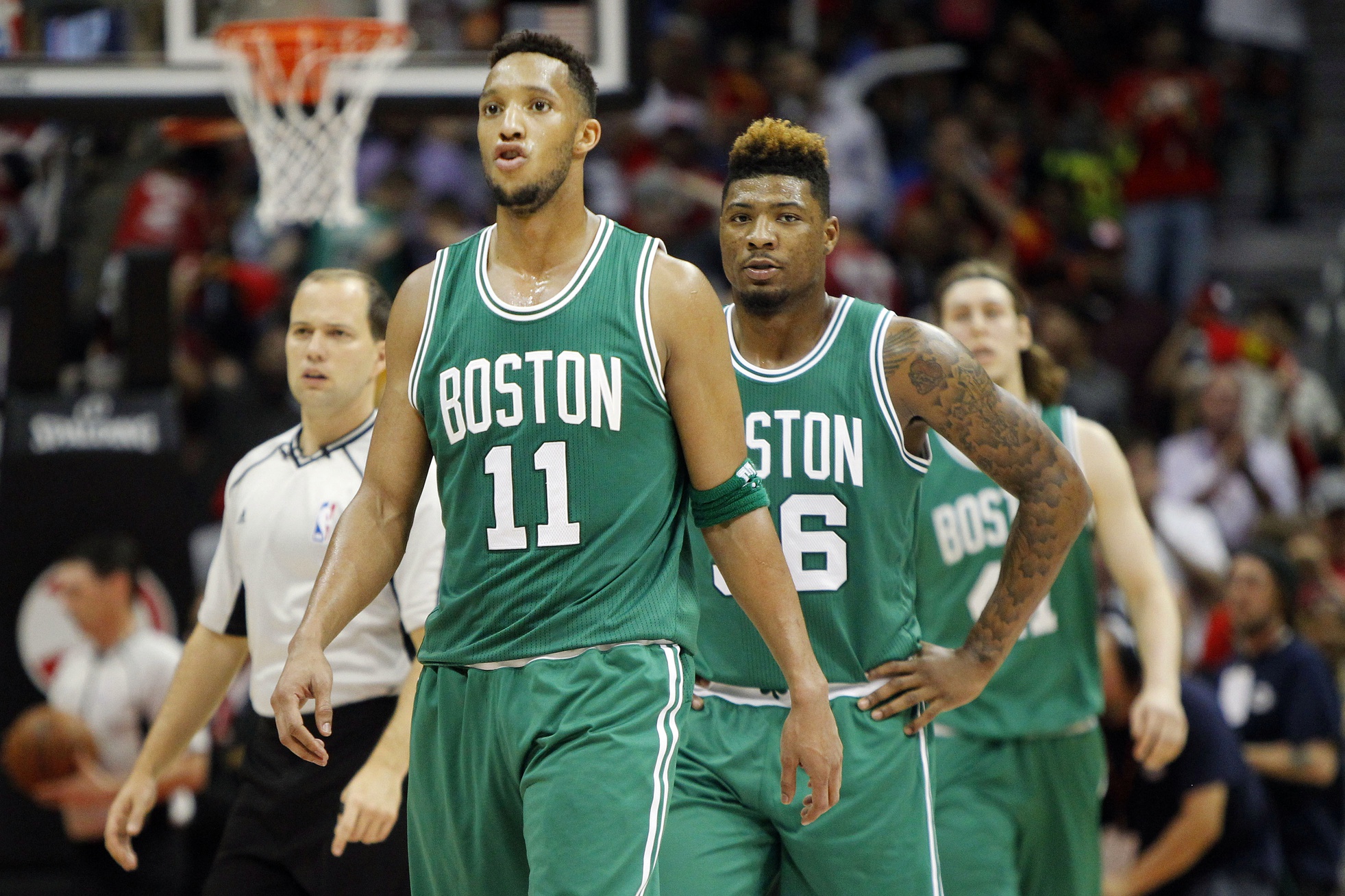 Via Sean Devaney of Heavy.com:

Should Turner get his buyout from the Timberwolves, his former employer—the Celtics—would be interested in bringing him back, a source told Heavy.com.

Turner had two productive seasons with Boston in 2014-15 and 2015-16, during which he averaged 10.0 points, 5.0 rebounds and 5.0 assists. He was a valuable asset off the bench, particularly as a secondary ballhandler in relief of and alongside point guard Isaiah Thomas.

It was his performance in Boston that pushed the Trail Blazers to sign Turner to an unwieldy four-year, $70 million contract in the summer of 2016.

The Celtics have been looking to bolster their bench heading into the stretch run of the season. Boston had hoped for more production from rookie wing Romeo Langford, but Langford as struggled with injuries and has averaged only 2.3 points in 14 games. Turner could fill that role, though he struggles as a 3-point shooter, making just 29.4 percent on his career.

One issue the Celtics would have in signing Turner, though: They don’t have a roster spot. That could change ahead of the trade deadline. If not, the Celtics probably would have to give up Brad Wanamaker to accommodate a free-agent signing this month.

I’m not convinced dumping Brad Wanamaker to add Evan Turner is a net positive. Now, if the Celtics have to move 2 players to secure Wizards’ sharp-shooter Davis Bertans, then I can see adding Turner. Maybe.

Turner’s productivity has declined steadily since leaving Boston and he’s still a liability on the perimeter (0-5 3FG this season).