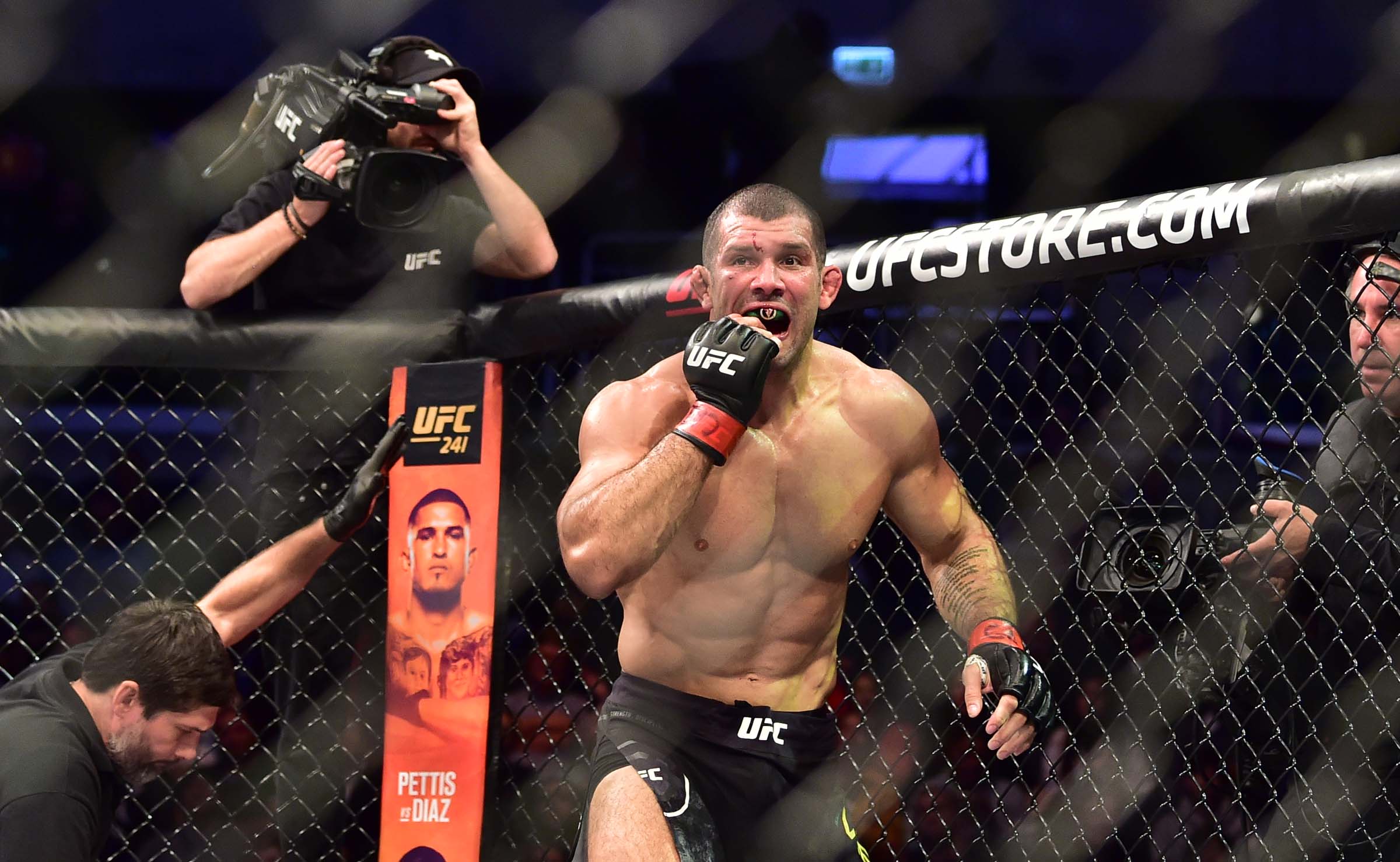 As a friendly reminder, don’t forget to check out Giga Chikadze on this preliminary card as well. We featured him a couple of weeks ago, but he fell victim to a late opponent withdrawal and was left without a bout. He gets to step in for another fighter in need of a late opponent in Jamall Emmers. On another note, on to our pick for this week.

If you’re not a frequenter of the grappling world, you have an excuse for not knowing Vieira’s name. With that being said, he has a laundry list of accomplishments that can’t be overlooked. In 2015, he not only won his division at ADCCs (the grappling Olympics for the layman), but he also finished third in the absolute division. During this run, he picked up a victory over Felipe Pena, who is known for being the last person to beat Gordon Ryan in a bout.

But, of course, the most important part of this is how well he’s made it transition to the MMA game. Not only does his grappling work well inside of the rule set, but he also has picked up some fairly adequate striking as well.

After making easy work of Oskar Piechota in his UFC debut, Vieira did have quite a bit of hype surrounding him. People saw him as a potential threat at middleweight and someone to keep an eye on. Unfortunately, despite coming out of his bout unscathed, we haven’t seen him since. This is partially because he was preparing for the Spyder Invitational, a high end grappling competition with a big payday. With that out of the way and his focus seemingly back to MMA, expect his run to be much faster through the division.

Saparbek Safarov recently got into the win column for the first time after having lost his first two bouts. The red flag comes from that last loss, a Kimura loss to Tyson Pedro. Once that bout hit the ground, Pedro looked dominant and Safarov looked like a fish out of water. If he was unable to hang with Pedro on the ground, there is little hope that he can hang with a world champion. Furthermore, his striking is probably not that far ahead of Vieira’s, if at all.