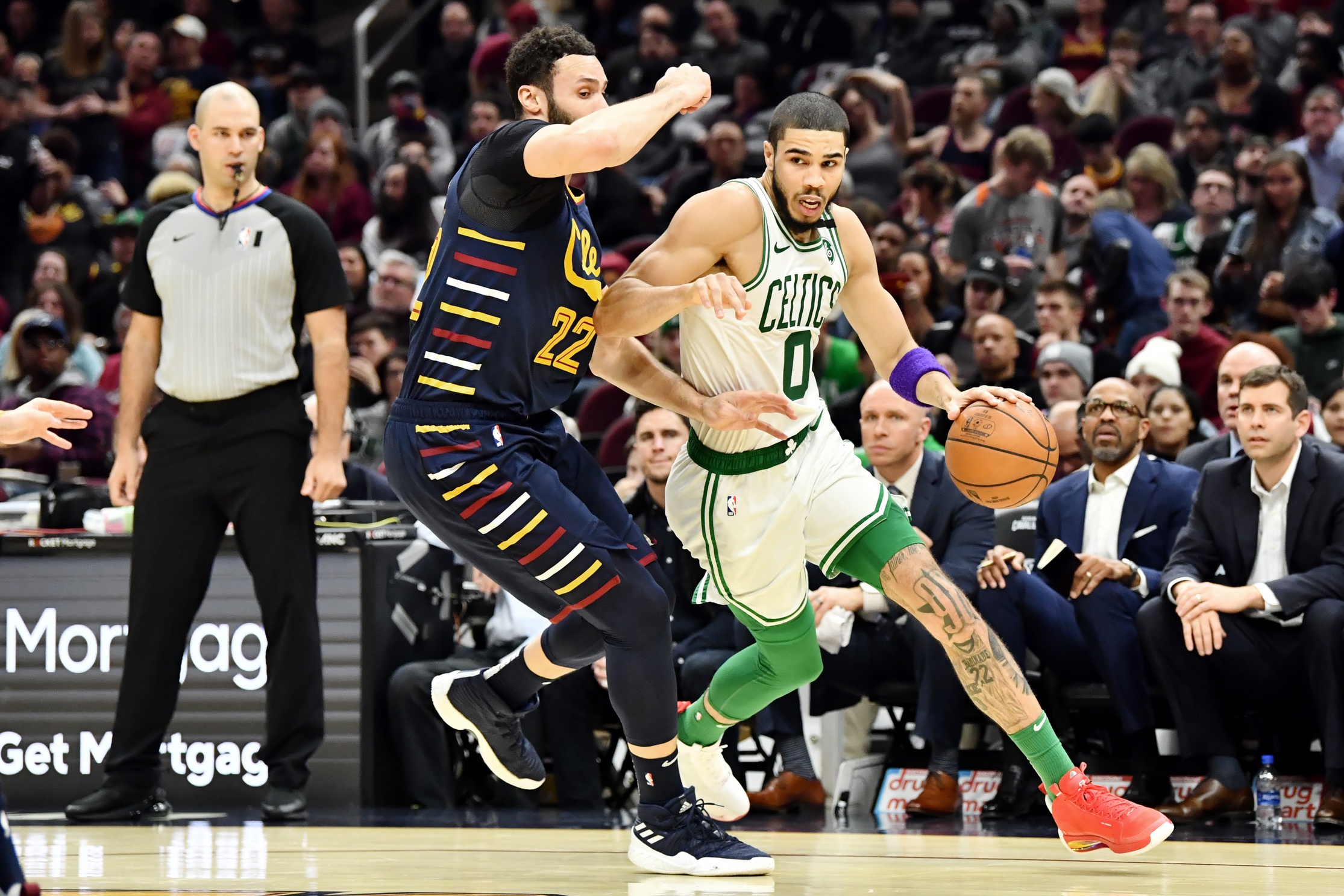 This Celtics season is starting to become a little too rollercoastery. The constant injury news has become an unwelcome yet common refrain, but the criticism on second unit play is louder than ever.

It is no secret that the Boston bench has been struggling lately. Brad Wanamaker has come under more scrutiny than a Trump scandal and some (including yours truly) have questioned Danny Ainge’s decision to stand pat at the deadline.

Many have tried to brush these concerns aside, suggesting that the rotation will get shortened to seven men in the playoffs anyway. Maybe that’s true. But there is still a coveted second seed up for grabs and Boston needs to fix its bench concerns if they want a chance at stealing it. Fortunately, we have a Tatum.

You may call it picking nits but the superstar ascension of Jayson Tatum has revealed an area for improvement. While his amped-up aggression has resulted in more trips to the line and some dagger triples, it has also resulted in a bit of tunnel vision.

Specifically, Tatum has not always kept his eyes up while driving to the rim. This can lead to missed opportunities for other players. Help defenders sprint to challenge Tatum, leaving their players open for comfortable looks. Take this failed dump-off to Daniel Theis, for example.

Tatum did his job by drawing in two defenders. All Theis needed was a quick catch before a slam, but the pass never came. What makes this play more frustrating is that Tatum was stuffed by Gobert three minutes earlier and did not seem to learn the lesson.

Keep reading and watching and the theme reveals itself. Tatum often draws double teams and help defenders. He must do a better job of finding the open man. Here, against what looks to be a zone, Jayson draws Matthew Dellavedova away from Tremont Waters. He opts for a difficult runner rather than hit a wide-open Waters on the baseline.

Another video clip, another double team. Is Grant Williams the world’s best 3-point shooter? Far from it. But he was as open as anyone will ever get. Tatum looks him off to exchange a wide-open three for a contested one.

Poor Grant Williams. Despite showing his uncanny ability to find weak spots in the defense, Tatum misses him once more. This time his miss was bailed out by Williams who turned his smart offensive positioning into a putback. Still, Grant was wide open under the rim and Tatum missed him.

Okay. Open your eyes. The scary part is over. The bad man is gone and now I can tell you how Tatum can turn this around and keep the second unit afloat until the rotation shrinks in the postseason.

This next clip comes during a de facto second unit, as Wanamaker, Williams and Marcus Smart had to start for the Hospital Celtics against Cleveland. The Cavs sent doubles early and often to the stud wing. When he makes quick decisions, the opponent suffers. A simple pass to Theis leads to an easy layup.

This next example may not look like a quick decision off of a double team, but indeed it was. Tatum never had a doubt about where that pass was going. He simply waited to see if Romeo Langford could drag his defender away from the paint so the lane could be a little more open before a Robert Williams lay in.

Watch how fast he makes this read. This is likely just miscommunication from Cavalier defenders and an unintentional double team but, Tatum still finds a diving Theis for two.

Although it is the least flashy of the videos shown, this next pass is the most impressive. This crosscourt pass from 30 plus feet away from the hoop is backbreaking for a defense. It forces everyone to rotate over while playing catch up. Additionally, check out the lineup and how many bench guys are out there.

The silver lining is that Tatum can obviously make these plays. Sure, he needs more repetition. Oh, and there is that little issue of trusting your teammates to make shots.

The potential is evident, however, and the Celtics could desperately use Tatum’s underrated playmaking ability. With the barrage of double teams unlikely to abate anytime soon, keep an eye on how he handles the added pressure.