Your Morning Dump... Where keeping the season alive could have long-term consequences 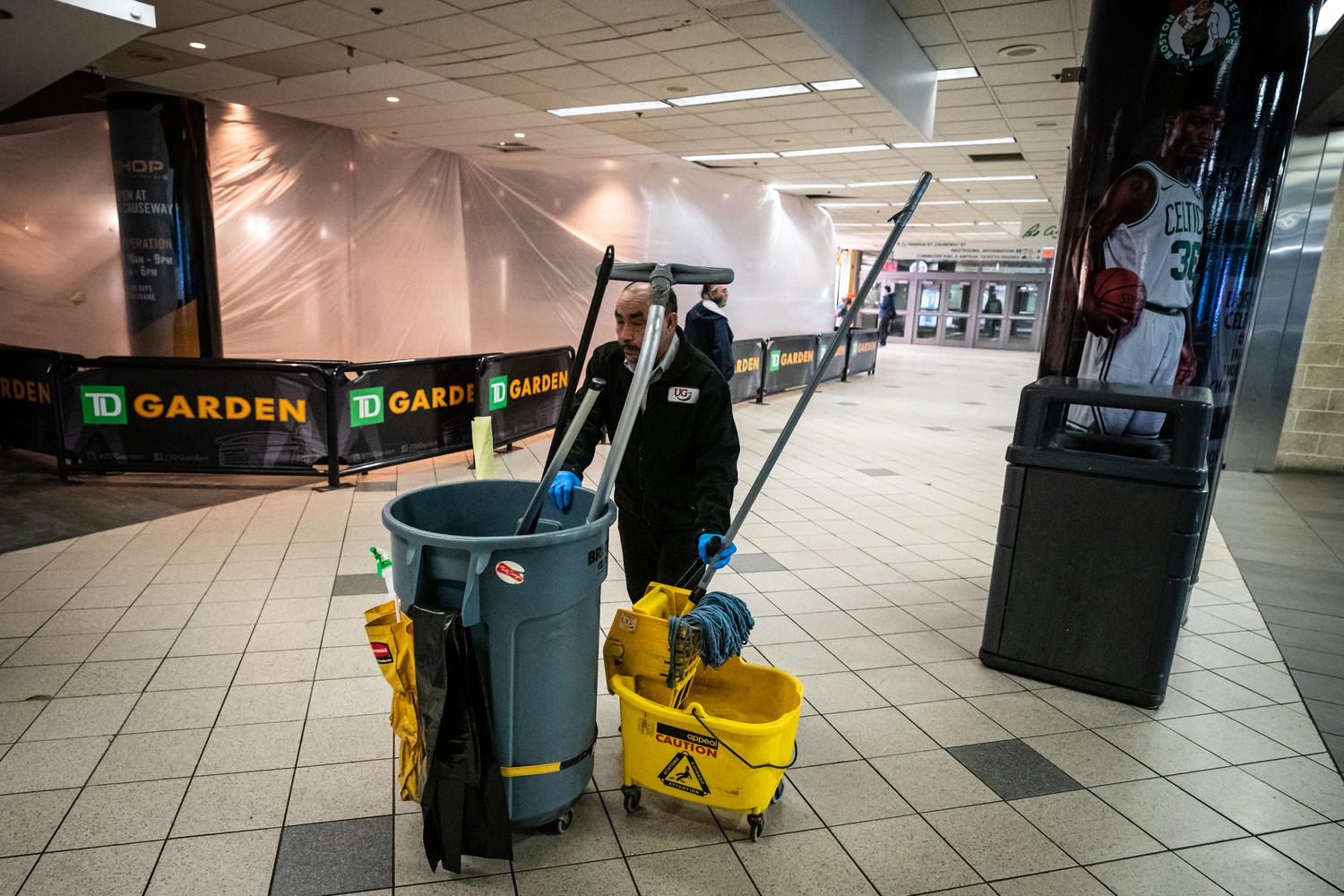 Your Morning Dump... Where keeping the season alive could have long-term consequences

If there are any more games at all this season — and every indication is still that, in some form or format, there will be — the league’s calendar is almost certain to undergo some type of surgery, whether minor or major.

The issue then becomes how what happens now affects what follows. For example, it would be hard to open 2020-21 training camps at the start of October if The Finals had just run into late August.

This may clear the way for quicker consideration of a proposal championed by Atlanta Hawks CEO Steve Koonin and gaining interest among other owners — that the NBA shift its “year” two months later, with the regular season beginning sometime around Christmas and the draft just after the playoffs and a week or so prior to Labor Day. Summer league would still technically take place in that season, though, based on the original July 10-20 plan for this year, the September session could push to the edge of autumn.

On Tuesday, I wrote about the slim chances of resuming the NBA season. There’s a real desire to salvage something of the season, but we can’t expect conversations about when to restart the season to pick up any speed until it’s clear that we’ve gotten past the peak, and local authorities here are saying they don’t expect that to happen before June.

Now, couple the desire to salvage what’s left of the 2020 season with the discussion that was floated during the season about having some sort of attention generating midseason tournament, and you have a sense that the league isn’t really happy with the current regular season and they’ve got a readymade excuse to change it.

Shifting the league calendar two months, so that it starts on Christmas end ends sometime in August, would move basketball out of football’s shadow somewhat. The traditional sports fan’s attitude–though it seems to be declining somewhat–is something along the lines of “I don’t care about basketball until the football season is over.”

Well, There’s only about five weeks of football after Christmas.

Professional basketball is an interesting construct: Major League Baseball, the National Football League and the National Hockey League all began as sort of grassroots organizations: Local cooperatives of teams formed more for scheduling and rule-making purposes than anything else.

The Basketball Association of America was formed by arena owners who had created basketball teams in order to fill available dates on their calendars.

Now, at the time arenas didn’t have air conditioning, so arena owners couldn’t book many events during the summer, but as long as they had plenty of stuff going on in the winter it was okay. Plus, college basketball was already played over winter, due to the way the school year is set up.

Hence, professional basketball more or less mirrored the hockey season and the college basketball season, more for convenience than anything else.

In short, there’s no reason other than inertia for the basketball season to fall where it does on the calendar.

Page 2: Where Danny’s keeping in touch

Ainge, who was out scouting college tournaments in Las Vegas when the NCAA and NBA games were stopped, hasn’t been tested for the coronavirus. Actually, around the Celtics, just the players and a few support people have. But only Marcus Smart has tested positive, and all others are doing well and are practicing proper social distancing.

“I feel great,” said Ainge, whose medical history includes two mild heart attacks — one in 2009 and another during last year’s playoffs. “I feel fine. There’s been no symptoms at all, so that’s good. And I haven’t had contact with anybody from our team since, like, March 1st or 2nd.”

“I’m in communication with people in the organization, including players, every day,” he said. “I think they’re doing really well. I mean, guys have their workouts. They’ve requested stationary bikes and weight and weight vests and bands so they can do all sorts of their workouts that our trainers are giving them. So, yeah, I think everybody’s following all of the rules, staying quarantined, and just keeping to themselves. It feels like, in my conversations with everybody, that they’re all doing well. They all seem pretty upbeat. I’m just trying to keep them motivated.”

It’s good to know that the guys on the team are staying in shape. Of course, there’s not much else for them to do. International travel and even the sampling of local night spots are pretty much non-starters, and guys can’t even get together for pick-up games.

Later in the article, Ainge speculates as to why he’s adjusted well to the ‘social distancing’ lifestyle:

The fact he generally adheres to no set routine may be working in his favor during these days of uncertainty and change.

“I’m doing good,” he said. “The role of my job is I’m always trying to figure out where I need to be. Do I need to be at a college game, at an international game, with the team, at practice, with my coaches, with a few of the players, up in Portland, Maine? I mean, where do I need to be? So I don’t really work on schedules. I plan out my trips, but as Frank (Burke, Celtics’ director of basketball administration) will tell you, I change flights more than anybody that he knows.

“You just have to adapt to what is needed at that moment, whereas as coaches are going crazy, because they’re used to having and following a schedule

I’ve worked from home for over 20 years now, and I’m an introvert, so I’m not one to go stir-crazy because I’m here by myself (unless you count a couple of napping cats). It’s been a bit of an adjustment to look at some of the guys covering the Celtics and realize that being forced into an introvert’s lifestyle is as frustrating for them as it is whenever some extrovert tries to force me to enjoy spending hours at a party.

I’m curious to see what sort of lasting changes happen because of this social distancing practice. I don’t foresee a dramatic fall-off in restaurant and bar patronage, because people go to those places specifically to get out of their homes and be around other people.

However, I wonder how much of an effect this is going to have on how we work–and where we work. And what’s going to happen to retail? Brick and mortar stores were already facing challenging circumstances. What will be the long-term changes to our shopping habits?