Your Morning Dump... Where the Show Will Go On 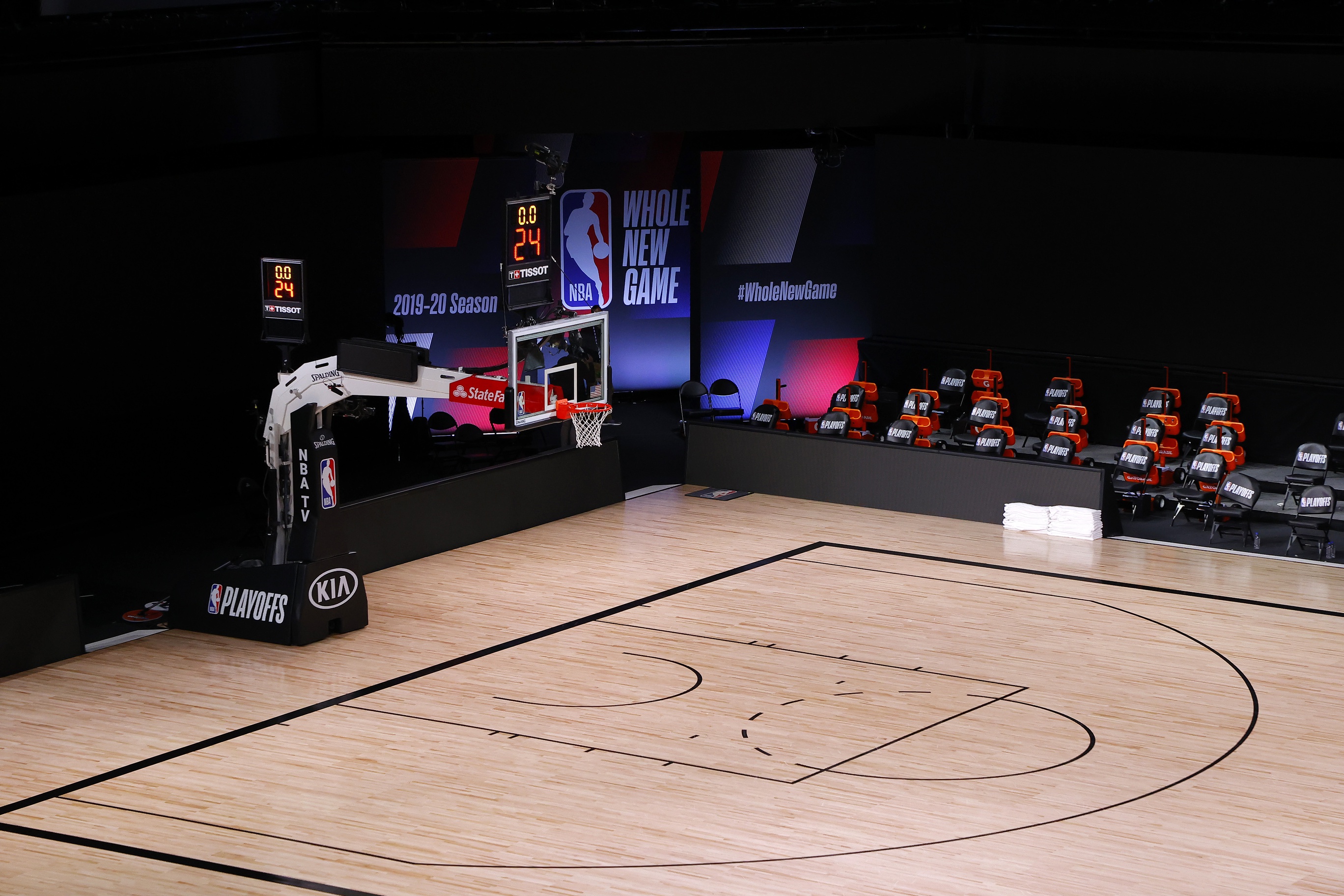 Your Morning Dump... Where the Show Will Go On

NBA players have decided to resume the playoffs, according to ESPN’s Adrian Wojnarowski.

Players discussed whether they wanted to keep playing or call off the season in the wake of Jacob Blake’s shooting in Wisconsin, in protest of police brutality against the Black community and racial inequality. The Milwaukee Bucks refused to come out of their locker room for Game 5 against the Orlando Magic on Wednesday, and the NBA postponed its slate of playoff games for the evening as players discussed next steps.

I’m writing this post from Cleveland, Ohio. My father-in-law is inpatient at the Cleveland Clinic, and we’re staying nearby. I’ve been here for about a week and I don’t mind saying this is the first time I’ve seen the effects of systemic racism against Blacks with my own eyes. Where I live, I’m more familiar with the injustices done to Native Americans. But here, this is something very different.

The tragedy of Natives is that you never see them. They constitute only about a tenth of a percent of the American population. They were essentially subjected to genocide by a culture that called itself “enlightened.”

But here, here you have something different. Think about this: If you are in a neighborhood that is predominantly Black, what income class do you automatically associate it with? That’s right. Over fifty years have passed since the Civil Rights Act. Discrimination has been illegal, officially, for over a generation. But it remains a given that a Black neighborhood is a poor neighborhood.

I remember reading the Autobiography of Malcolm X, and how people he grew up around would say that they worked in ‘banking’, meaning that they cleaned a bank. It’s been, now, almost a hundred years since Malcolm X was born, and as I shuttle back and forth between the Holiday Inn and the Clinic, the service workers–the valets, the housekeepers, the orderlies, the parking ramp attendants I see–they are almost universally Black. But if you go up a level or two in the hierarchy, they disappear. They become the exception rather than the rule.

It’s one thing to know, abstractly, that this is how the world works. It is another thing entirely to see it first hand. To see the stratification of society along color lines.

The point I’m trying to make is this: Systemic racism still exists. It’s true that some of the most superficial aspects of race discrimination have been dismantled. One is no longer allowed to explicitly state that a certain space is “whites only”. But racism didn’t begin with Jim Crow laws. It existed before them, which is why only a fool would believe that getting rid of them would end it.

What does all this have to do with basketball?

Well, the bottom line is this: You can say “shut up and dribble” to guys like Jaylen Brown all you want, but if you’re free to say things like that, then they’re certainly free to follow their consciences as well.

Yes, through the tickets and merchandise that we buy, through the cable networks we subscribe to, the streaming services we pay for, and the commercials we are forced to sit through, we pay the salaries of these players. Their paychecks come from our pockets. And yes, that means they owe us something. But we certainly don’t have the right to tell them what to think or how they should express themselves.

If your take on all of this is that these guys are making a big deal out of something that isn’t a problem because some laws were passed in the 60s, hey, you’re entitled to your opinion, but I’m also here to tell you that you’re wrong. You’re wrong because laws don’t change hearts, and as prohibition demonstrated, they don’t change cultures either.

I don’t know what will come of these protests, but anyone who says that these guys have nothing to protest is not paying attention.

“Lot of people come to me and ask me questions — as a 23-year-old people are asking me, ‘Jaylen, what do we do?’ Like, I’m a 23-year-old, I do my research, but they shouldn’t be asking a 23-year-old. … There’s a lot of people who have dedicated their lives to this, spent a lot of time. More NBA teams should align with those in the community, and maybe make them a part of their staff — permanently align with them.

And this is an interesting observation as well.

The NBA is not, principally, concerned with race relations in this country. They are a business organized to make money.

The slogans on the court and on jerseys are there because they make the NBA more appealing to its audience. You can be assured that if this were not the case, these sanitized messages would not be there. You need look no farther than the league’s waffling on the Hong Kong situation to understand this.

But Jaylen has a point. What he proposed is one of those ideas that seems obvious once someone says it. Why is it that players in the NBA are asking Jaylen what they should do? Why don’t teams have other resources available?

Boston Herald: After a searing moment, the NBA returns to business