Your Morning Dump... Where we're once again looking toward the future 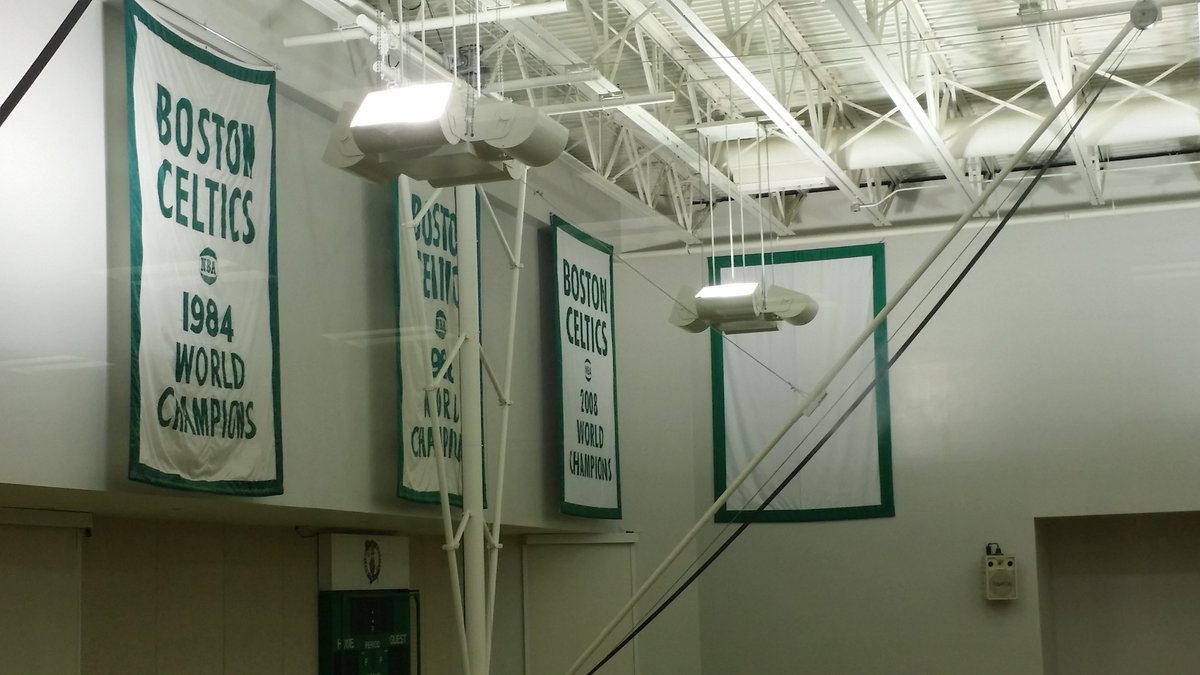 Your Morning Dump... Where we're once again looking toward the future

Over at NBC Sports, which for some reason or another calls itself “RSN” on my browser tabs, Chris Forsberg has some areas for Jaylen Brown to improve:

But if we were going to nitpick, we’d like to see Brown take advantage of post-up opportunities more often. The Celtics often deployed him as an undersized defender at the 4, but a lot of teams put smaller guards or wings on him at the other end. During the regular season, Brown ranked in the 93rd percentile among all NBA players while averaging 1.12 points per post up, per Synergy data. This while shooting 62.9 percent (22 of 35) during the 49 possessions he finished in post-up situations.

This is an interesting one. Notably, when the C’s are able to roll with their preferred starting lineup, Jaylen slots into the two spot. With teams often assigning the better defender among their guards to Kemba Walker, that presents Jaylen with a mismatch on the offensive end that he’s learned how to exploit in many ways–but posting up an undersized or weak defender is one area where Brown can improve his game.

The problem with threes is that they’re too easy to take–and miss. The margin where three point shots are better than two point shots is razor thin. If you’re not making them at a 34% clip, you shouldn’t be shooting them (as a reminder, the three-point to two-point conversion factor is 3PT% * 3 / 2). If you’re making fewer than 34% of your threes, that is equivalent to shooting worse than 51% from two, and for the season, the C’s shot 52% from two point range.

Overall, the C’s did alright from three for the season, shooting 36%. But there are going to be stretches where the three point shot isn’t falling and when that happens, guys on the team need to know how to manufacture points near the basket. That was a Paul Pierce specialty, and I’d like to see both Jaylen and Tatum improve in that area as well.

Over at MassLive, John’s got more about Robert Williams:

Robert Williams can be a big help, too. In fact, he has the potential to be the answer. So to specifically answer James’ question, my mind tells me that Williams has, indeed, been hurt by the lack of reps. The injuries to Al Horford and Aron Baynes hurt him his rookie year because he needed to be active for the Celtics instead of learning in Maine. His injury this season hurt him because he had a strong chance at backup minutes behind Theis and those went away.

Williams needs reinforcement of good habits to break all the bad habits he learned by being a freak athlete over the years. Without the constant learning, he just slips back into old habits, and he’s no longer playing at a level where he can get away with them.

My heart wants Williams to stick around because he seems to be one of the most genuine people in the league. He wants to do well, he knows when and how he’s messing up, and he’s honest about assessing his own play. He’s exciting to watch in person, and he’d be a fun guy to have around the team for a long time.

Williams needs reps. It’s as simple as that. He needs to learn by doing, because there’s only so much that can be taught in practice.

Despite the Celtics’ championship window being officially open, there will still be opportunities next season for the C’s to develop younger players. The C’s have enough depth in their starting lineup that they can play one or two young guys with an experienced core. The C’s aren’t a team with a ‘big three’ and then a lot of filler material. Stevens is able to stretch the minutes of his quality starters, which provides some protection for bench players and an environment where they can learn in the game.

At the end of John’s mailbag he elaborates on a few scenarios for the Celtics to pursue:

In order, I see Boston…

Looking at #1 & #2: This is an interesting draft for a lot of reasons, not just because the offseason is going to be so compressed, but because so many aspects of the conventional draft evaluation process are scrambled. I think the C’s goal is to add one good player from this draft and that one way or another they will structure their picks so that they do this. True, other teams know that the C’s don’t want to use all four picks, but that doesn’t change the fact that the C’s have four picks. It might be a bit of a buyer’s market, but the C’s have had so many picks over the past five years that they can afford to part with three of them for less of a return than they received in the past.

As a contrary take on #3, over at the Athletic, John Hollinger has reasons why the C’s might not want to renegotiate a deal with Hayward:

One option Celtics fans bring up is having Hayward opt-out of his 2020-21 contract and then agree to sign a longer extension at lower annual dollars. For instance, if he declined the salary and signed a four-year, $80 million contract instead, wouldn’t that make the Celtics’ life easier?

But is it even desirable for Boston? A deal such as this for Hayward would save Boston about $15 million from its current-season luxury tax bill, which might be particularly useful if it allows the Celtics to get all the way under the tax line. The problem is they have to get all the way under, because they’re adding a $20 million hit in 2021-22 and 2022-23 when they already have potential tax issues. Adding a $20 million hit with a repeater penalty is unthinkable. And if his extension puts them over the tax in 2021-22, it probably also does in 2022-23, and maybe even 2023-24. Yikes.

This is one of the more interesting takes out there. The consensus seems to be that the C’s are best off negotiating a longer deal with Hayward, but Hollinger makes an interesting point.

If we assume that Hayward’s earnings over the next four-five years are going to be some fixed amount, and that it’s basically up to the C’s and Hayward to determine where and when that money is paid out, there may be value to the C’s paying as much of it as possible next season. With a max extension due to Tatum the following year, stretching out Hayward’s 2020/21 payday seems less than optimal. For Hayward, the difference should be essentially immaterial–he does not seem to be a guy who is spending every dime that he earns. I expect that a considerable chunk of his paycheck is set aside for a rainy day.

#4 is, I think a long-shot. I don’t know that Indiana is all that interested in Hayward, and I don’t think that trading a veteran presence who, lest we forget, played 72 games the year after he snapped his ankle in two, for guys like Oladipo and Turner who, while talented, are not particularly reliable, is a great idea.

Oladipo would likely chafe playing for a team that already has Jaylen Brown and Jayson Tatum, and I have to wonder if Myles Turner is so much better than Robert Williams that he’s worth dealing a quality wing for.

Giannis is merely the latest guy to be plugged into the ‘Trader Danny’ template.

Ultimately, I don’t see this as a move the C’s would make. I can’t imagine that Milwaukee would settle for just one of Tatum and Brown, and if the C’s trade both for Giannis, then they’re giving up more than they’re receiving. Even a crazy scenario where the C’s are able to trade Hayward for Oladipo and Tatum/Brown for Giannis would not necessarily leave the C’s significantly better in either the short or long term.