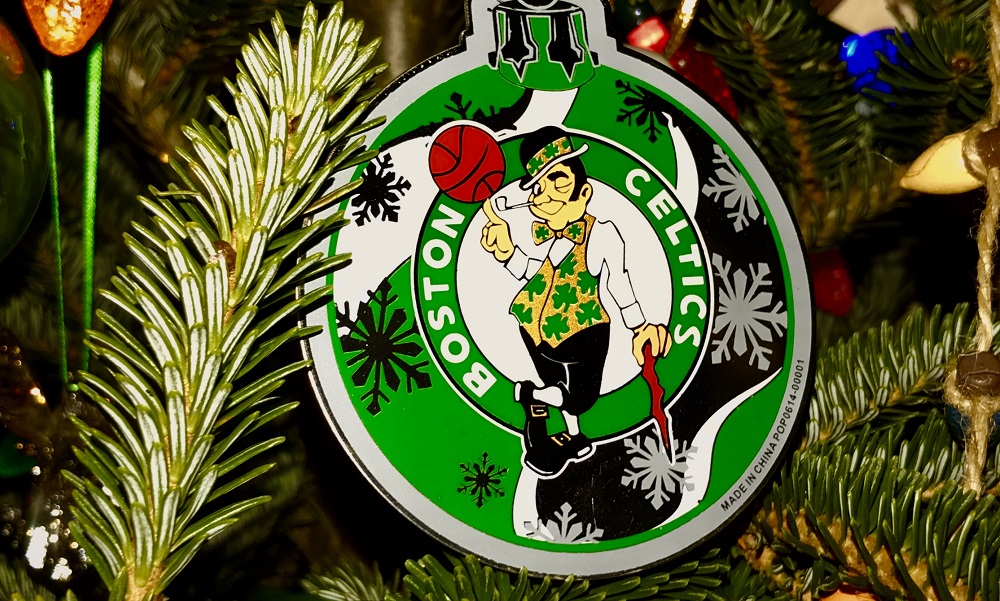 ESPN reporting with @WindhorstESPN, @ZachLowe_NBA and me on NBA Board of Governors meeting underway today to discuss plans for 2020-21 season, including possible start date as soon as Christmas Day: https://t.co/1ZR9ESSy7r

Not too long after, there was an even more surprising update:

The NBA is targeting Dec. 22 for the start of the 2020-21 season and a 72-game campaign that finishes before the ‘21 Olympics, sources tell @TheAthleticNBA @Stadium.

Before those tweets, all indications had been that next season would start after the New Year. If this plan proceeds, the off-season would be about half of the normal time off. Details:

The NBA’s league office informed the Board of Governors on Friday that it is targeting to start the 2020-21 season on Dec. 22, three days before Christmas Day, and would like to play a 72-game campaign, sources told The Athletic.

This would mean a return close to the NBA’s normal schedule, significant financial ramifications to start early, a potential finish before the 2021 Summer Olympics, and allow a window for stars to play in the Olympics, sources said. The NBA wants to continue to incorporate the play-in tournament that was utilized in the Orlando restart to determine the eighth seed in the Eastern and Western Conference playoffs, according to sources. ESPN first reported that a Christmas start and playing fewer than 82 games would be discussed on Friday’s call.

The National Basketball Players Association would need to sign off on any plan to start the season on Dec. 22.

The plan is an ambitious one, and there’s no guarantee the players union would agree to such a quick turnaround. The offseason is generally about three-and-a-half months long, but this plan would cut it to about a month-and-a-half for the teams that made a deep playoff run, including the Boston Celtics. Players with nagging injuries, like Kemba Walker, would have much less time to recover, as would players like Daniel Theis who had offseason knee surgery.

Oct. 30 is setting up to be a key date. The NBA and NBPA agreed that day would be the deadline to complete ongoing discussions on modifications to the collective bargaining agreement for the 2020-21 season, a date that requires the league or union to provide 45 days’ notice if either decides to terminate the CBA – a scenario that sources continue to believe is a remote possibility.

It would also mark roughly eight weeks until Christmas. Silver has told the union that there would be at least eight weeks between an agreement and the formal starting of next season.

Is this sooner-than-later plan real? John Karalis thinks it might be posturing, and risky.

Let me start with this: I don’t think this is actually what the league wants. I think this is a negotiation tool to throw onto the table so they have something pull away when the National Basketball Players Association objects. […]

If this isn’t a negotiating tactic, then it’s a big mistake.

By pushing for players to return to the floor by Christmas, they’re asking half the league to cut its offseason in half. You may counter by bringing up the hiatus, but the every-other-day grind of a deep playoff run has erased any of those benefits for many of the playoff teams, especially those who made deep playoff runs.

The league would be asking too many players to come back too quickly, essentially play a full NBA season and playoffs, and then potentially take part in the Olympics. Then, those players who do participate in the Olympics would have another short offseason before getting back into the grind of the 2021-22 season.

In this era of load management, it’s hard to believe that franchises would potentially jeopardize star players by rushing them back to the court too soon. However, the pandemic has cost the league a fortune in lost revenue. Because everything is about money, the governors might be willing to take a calculated risk.

Since the players must agree to implementing any new plan, the league will definitely have to sweeten the pot in negotiations. If the union can be enticed, we’ll all cross our fingers and tune in.

Can the NBA pull this off? Well, we had doubts about the bubble, and that was executed almost perfectly. The league also conducted a short season in 2011-12, when a lockout delayed the start until Christmas. The regular season schedule was 66 games, concluding on April 26. Playoffs took place at their normal time.

Expect plenty of debate in the coming weeks, but know this: In the world of COVID-19, it’s unlikely that we’ll be able to enjoy a customary holiday season. We’ll all need some cheering up, ASAP. In that light, even the observers who doubt this plan will probably be psyched for the new season.

Related – ESPN: NBA schedule debate: Pros and cons of a pre-Christmas start to the season

It’s trade proposal season, and yesterday Twitter friend @bernduck asked if the Celtics should swap Hayward, Poirier, Ojeleye and the 14th pick for Myles Turner and Victor Oladipo (or something to that effect). Good thought, but I said no because we’re still waiting to see if Gordon can stay healthy. After three years of hope and expectation, it would be painful to watch him thrive elsewhere.

…Oladipo is no sure thing to recover to his former self after such a major injury. The version we saw of Oladipo in the bubble is far worse than a healthy Hayward on a variety of fronts (shooting, rebounding, turnover rate). If the Celtics were to make this type of deal, they would have to gamble on Oladipo making a full recovery to get a higher ceiling than a healthy Hayward.

The problem with that for Boston is that even if he does return to that level, there’s a good chance he walks in free agency after his contract expires in 2021. He’s a ball-dominant player who would be fighting to be a second or third option in Boston. More importantly, the Celtics simply wouldn’t have the money to give him what he wants if he puts up strong numbers in 2020-21. With over $90 million tied up in Tatum/Brown/Walker starting in 2021-22, paying Oladipo close to max money just wouldn’t be feasible (unless you are moving one of those other guys).

There’s no denying the Celtics could use an upgrade at the center position in certain matchups over Daniel Theis and company. The problem for them is that Turner isn’t a guy who will help a lot on that front over the options they currently have. […]

The problem for the Celtics is that Turner really isn’t an answer to their center issues in the postseason. Turner has been routinely a liability defensively as he matches up against more formidable options in the playoffs. […]

Turner’s money is reasonable, but also doesn’t align with the C’s recent investments at the center spot. He’s making $18 million for each of the next three seasons and that’s equal to the total of Boston’s entire investment at center last season among four guys. Committing bigger money to center means spending less elsewhere and Turner isn’t the type of player that is going to put this team over the top as a fourth option in place of Hayward. Daniel Theis and Robert Williams should be able to give the Celtics roughly 90 percent of what Turner can for less than half the price in salary.

That’s some strong analysis, which says to me that the Celtics already have the core players to contend (when they’re healthy) and Danny Ainge should put his efforts into building up the weak areas around them (backup big and point guard, 3-point shooting off the bench).

The Celtics should continue to do their due diligence with Hayward trade possibilities if they think he could walk away after this upcoming season. However, there are better trade fits out there than what the Pacers are likely to be dangling over the next few weeks.

And, finally… Gotta be the shoes

.@jaytatum0’s gonna need to upgrade from a shoe closet to a shoe garage. pic.twitter.com/xlm1vaKpKy

Jayson isn’t old enough to remember Imelda Marcos and her infamous shoe collection, but if someone clues him in this could get very interesting.