Your Morning Dump... Where basketball is coming back on December 22 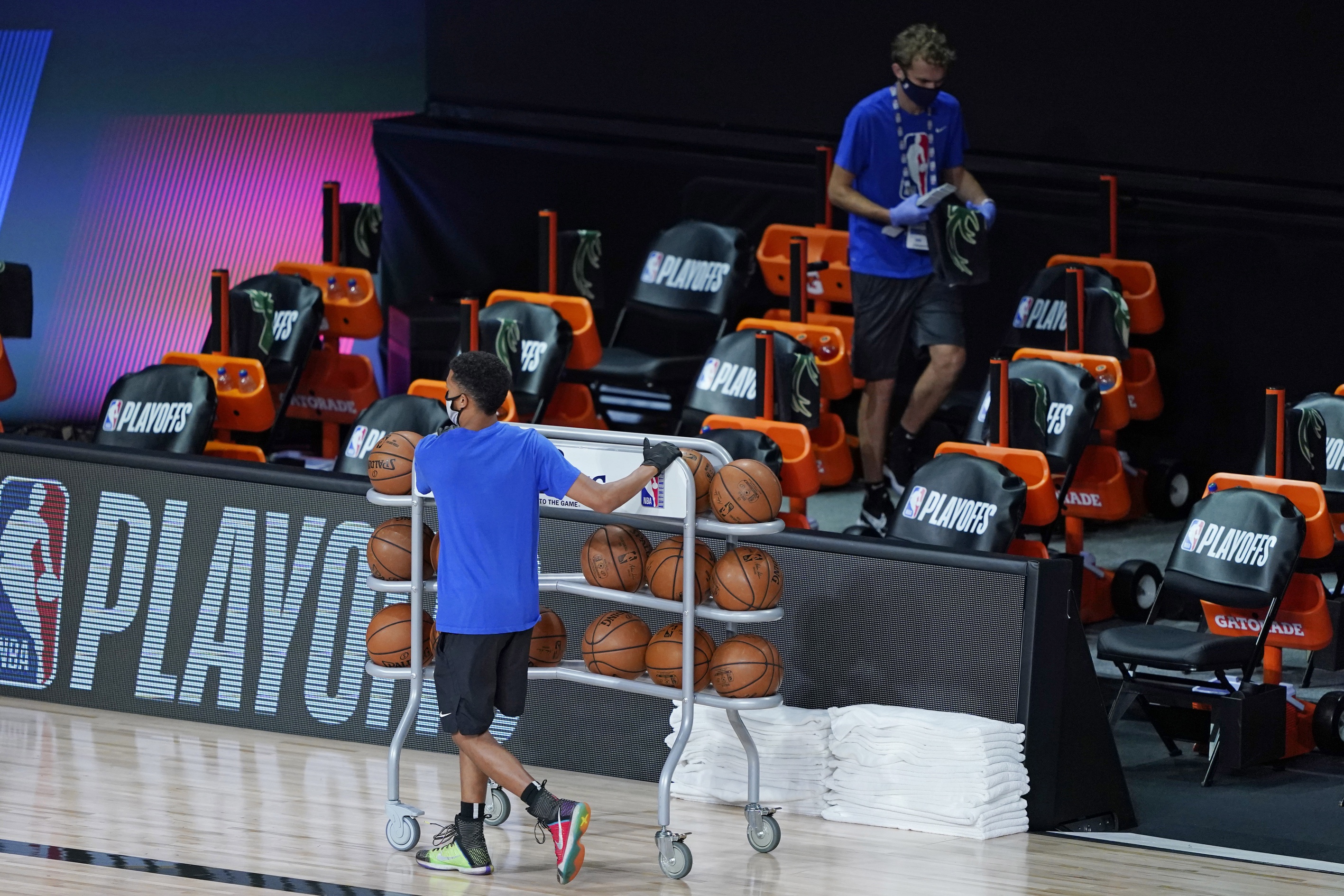 Your Morning Dump... Where basketball is coming back on December 22

The league and players’ association were also able to hammer out tentative agreements regarding escrow and salary cap issues:

The NBA and NBPA will now work to finalize health and safety protocols for the 2020-21 season. Sides are discussing a 17-to-18 percent escrow of player salaries over the next two years — with the hope the withholding amount is down to normal 10 percent in 2022-23. https://t.co/fuv9otV3vl

So what’s that mean for you, the fan?

Get ready for some ugly, ugly basketball.

The conventional NBA regular season runs from roughly the middle of October to the middle of April. That’s six months and 82 games, or roughly 14 games per month.

The current proposal cuts roughly two months out of the regular season but only cuts ten games (assuming the league runs the playoffs on their normal schedule). Effectively, the time used to play 28 games is being chopped, but only 10 games are being chopped. This means that the schedule is going to be extremely dense. I expect that we’re going to see multiple instances where you’re looking at four games in five nights, as well as games on three consecutive nights.

Important players are going to be held out of games in these stretches and even where they do play, fatigue is going to be more of a factor than it normally is. I would not be surprised if guys like LeBron are largely absent from the first month of play, given the quick turnaround from the conclusion of the 2020 season.

But the important thing for the NBA and the NBPA is that these games will be broadcast. And because they’ll be broadcast, they will have commercials and title sponsorships, and that means money. It doesn’t really matter that the product is going to be unwatchable at times, so long as it’s there to be watched and networks can (1) bill for their ad inventory and (2) pay the league agreed upon broadcast rights fees.

John Karalis pointed out that this kind of a schedule goes counter to what the league has been saying about player health recently, which is true. But the bottom line is still the existence of a bottom line. The league wants to get back in the black; the players’ association wants the basketball related revenue pot to be as big as possible. And that means cramming as many games into the calendar as possible.

Page 2: Can the Celtics trade up to a top ten pick?

The Knicks could be interested in all of Boston’s picks plus Romeo Langford and Grant Williams, a steep price. But if Killian Hayes is still available at No. 8, New York might as well draft him. He has legitimate All-Star potential. Atlanta is looking to move down from the sixth pick, but Boston would likely have to include Marcus Smart to get into that conversation and that is a massive short-term compromise. It’s possible Atlanta would be interested in Gordon Hayward if Boston had better draft capital to offer, but Romeo Langford and Robert Williams don’t hold much trade value for a team that has Cam Reddish, Kevin Huerter and Clint Capela.

One of the problems that the Celtics have if they’re looking to trade up is that their problem (three first round picks) is likely to be a problem for almost any other team in the draft as well.

As Jared Weiss points out above, Atlanta and the Knicks are potential trade partners. The Knicks, especially, need to fix a lot of issues (as usual), and getting multiple picks in exchange for a single pick in an extremely uncertain draft might be appealing. But the picks alone probably won’t be enough to move the needle, even for a team as messed up as the Knicks.

That the C’s would like to trade up and pick Onyeka Okongwu is common knowledge. And indeed, there are teams in the top ten who are willing to sell to Boston. The only question is whether the price makes sense to the Celtics. The Celtics do not lose trades and they have that track record because they do not overpay.

Another possibility is that the C’s could shore up their bench with a veteran player:

Boston has also sniffed around using picks to acquire a solid veteran, sources say. There are few such veterans available in future-for-present deals with almost the whole league trying to win.

This is why you hear Larry Nance Jr.’s name a lot across the league — in addition to the big names in Oklahoma City (Paul, Gallinari, and Dennis Schroder). Schroder would draw strong interest, sources say.

In this scenario, I don’t think the C’s would trade all three picks. In any event, I don’t see the C’s trading their #14 pick for a veteran bench player since a #14 pick should net you a bench player/fringe starter.

But I think there are some interesting possibilities even beyond the names included above. In a picks-for-a-veteran scenario, I expect the C’s are willing to include another young player. But in that case, I think it would be quite difficult for another team to acquire Langford, Grant or Rob Williams.