Your Morning Dump... Where the Knicks and Cavs have entered the Celtics rumor chat 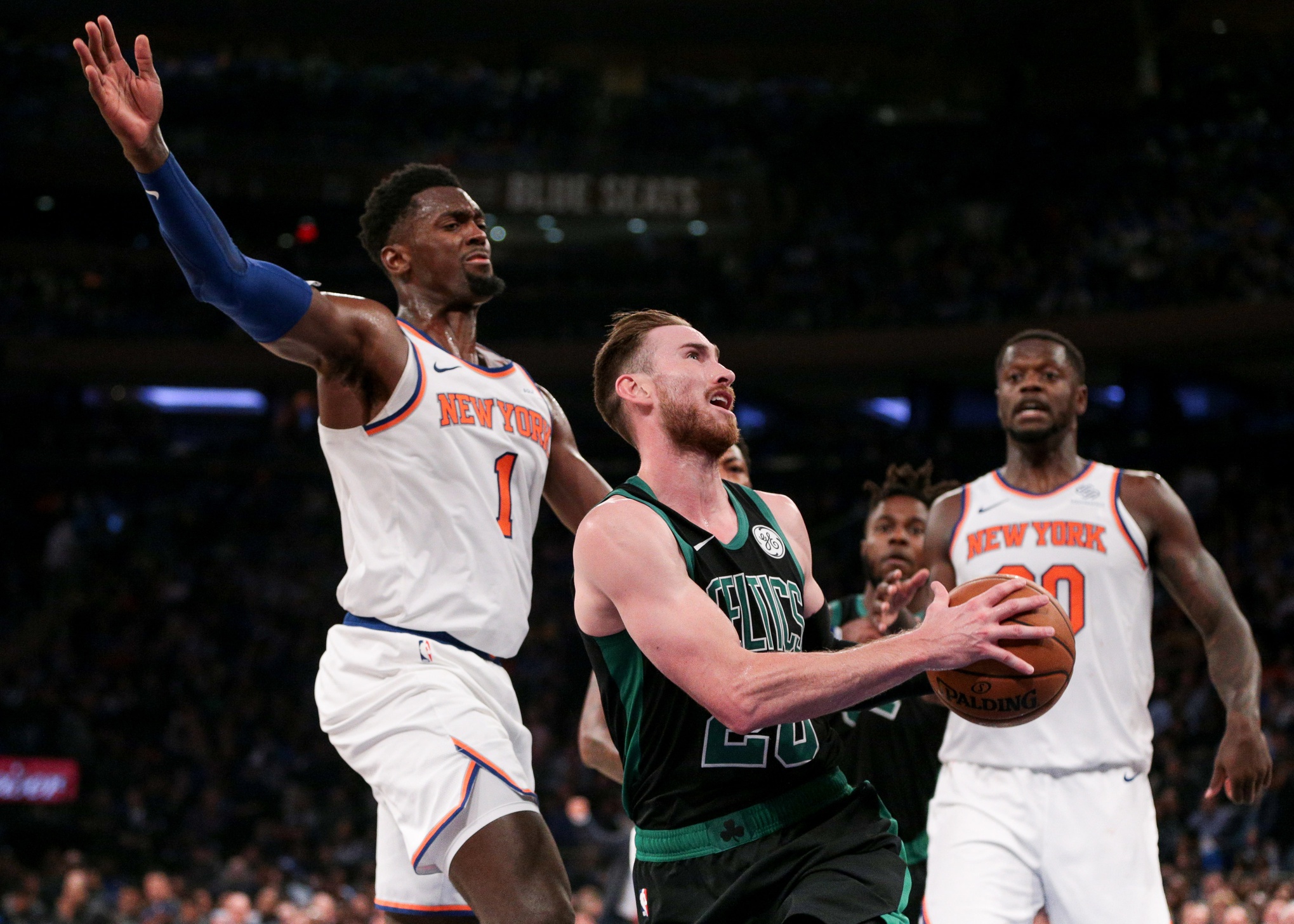 Your Morning Dump... Where the Knicks and Cavs have entered the Celtics rumor chat

I heard Boston offered the Cavs their No. 14 pick and another first round pick to move up to No. 5. The Celtics also have picks No. 26 and 30 in this draft – a total of three first-rounders.

I’ll give credence to this rumor because Terry Pluto is a longtime reporter/columnist in Cleveland and because it’s believable. The Celtics want to move into the mid-lottery.

This rumored move is likely tied to the pursuit of Pelicans’ guard Jrue Holiday. However, it will take more than the 14th and 26th pick to get as high as five. Don’t ask me how much more, I just know it will take more.

Meanwhile, we learned the Knicks have interest in a current Celtic:

According to Kevin O’Connor of The Ringer, the New York Knicks are interested in acquiring Hayward if the Boston Celtics forward becomes available next week. O’Connor mentions the Knicks as a suitor on Friday’s episode of “The Mismatch” podcast (14:45 mark).

The Knicks have the cap space ($40 million) to sign Hayward outright should he opt-out and become a free agent, but I’m guessing a sign-and-trade is more palatable to both teams. I can’t come up with any potential players I’d want back because staring at the Knicks roster for longer than 30 seconds causes intense pain. I’m still hopeful the Celtics find a way to make it work with Gordo.

If you prefer reality to rumor, then you’ll be happy to know the league is open for business this week. Trade season begins and the draft takes place on Wednesday.

Trade season begins Monday afternoon, sources tell ESPN. Teams were informed the NBA’s moratorium will end at noon ET and deals can begin to be consummated.

On Page 2, who doesn’t love a good chemistry experiment?

The idea of joining Kevin Durant and Kyrie Irving in Brooklyn is resonating with Harden, sources said.

Durant and Harden — past teammates with the Oklahoma City Thunder — have recently discussed the possibility, but there have yet to be trade discussions between the two front offices.

Harden has been increasingly uneasy about the Rockets’ ability to compete for an NBA title and has been considering the possibility of pushing to play elsewhere before his contract expires, sources said.

If the Rockets did decide to engage in trade talks on Harden, they’ve privately made it clear that they would require a monstrous return of players, draft picks and pick swaps. The Nets have two borderline All-Star guards on the roster — Caris LeVert and Spencer Dinwiddie — and several more intriguing young players.

Why the hell not? Successful assimilation will put Brooklyn in the finals for the next 2-3 years.

But… this concoction has the potential to ignite the greatest implosion in the history of team sports.

I say, pass the popcorn!