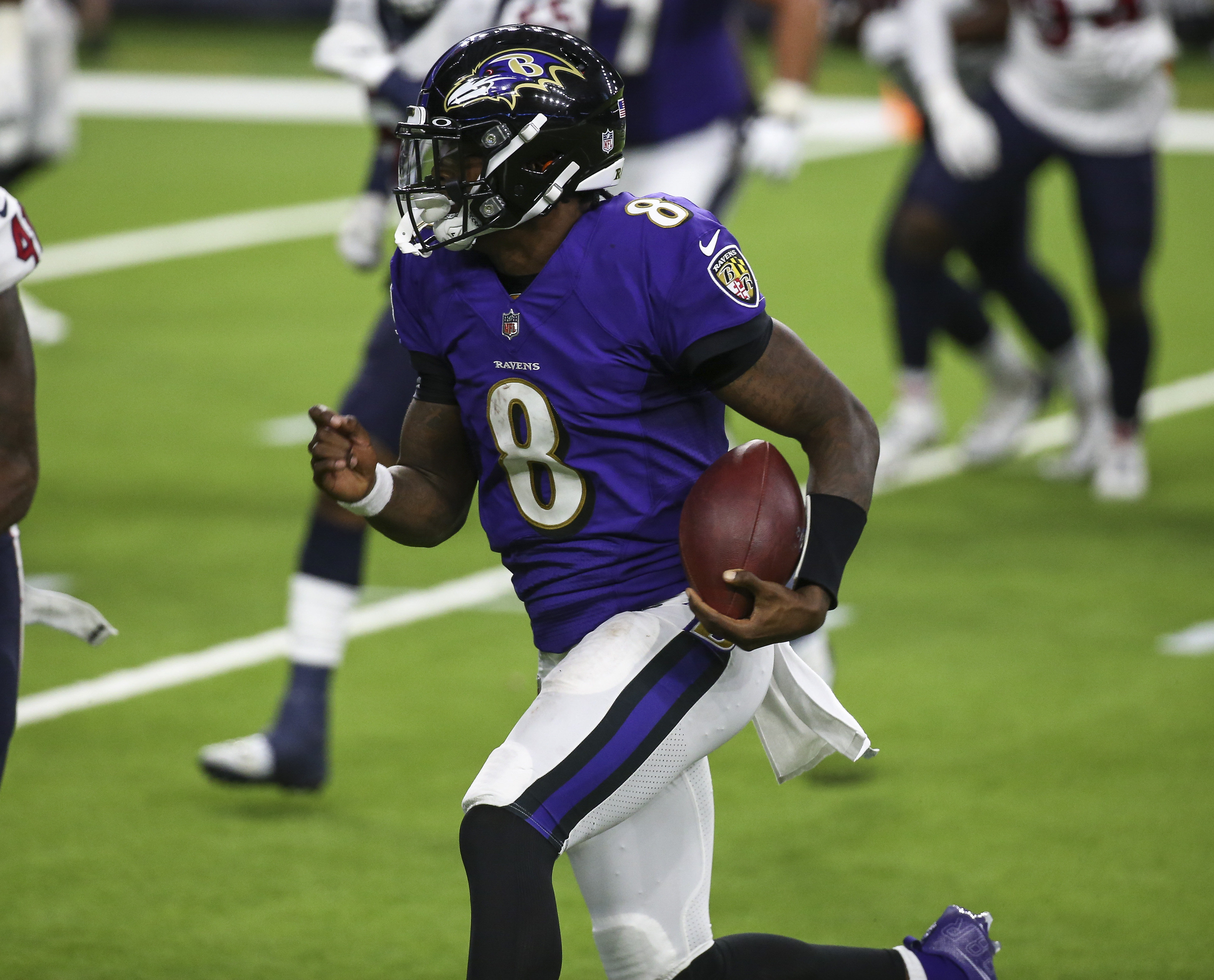 Week 14 is now in the books in the National Football League, and we had one of the most phenomenal games of this season on Monday, if you like offense. The Baltimore Ravens beat the Cleveland Browns 47-42. Here are the top five players on winning teams from Week 14.

5) Mitchell Trubisky–Chicago Bears–Well, it looks like the Bears have now settled on Trubisky after using Nick Foles as quarterback for a significant portion of the season. On Sunday, the Bears were prolific offensively and defensively in a 36-7 win over the Houston Texans. Trubisky completed 24 of 33 passes for 267 yards and three touchdowns, and also had 23 yards rushing.

4) Drew Lock–Denver Broncos–The Broncos have been hit hard by coronavirus lately, but on Sunday, came through with an impressive road victory over the Carolina Panthers. Broncos quarterback Drew Lock completed 21 of 27 passes for 280 yards in a 32-27 Denver win.

3) Derrick Henry–Tennessee Titans–The Titans passing game did not need to be stellar on Sunday, because Derrick Henry was running all over the Jacksonville Jaguars defense. Henry had 26 carries for 215 yards and two touchdowns in a 31-10 win. Henry also had two catches for seven yards, as the Titans stayed in first place in the AFC South with a record of nine wins and four losses.

2) Aaron Rodgers–Green Bay Packers–Earlier this week, Gil Martin wrote about Davante Adams enjoying his best season ever with the Packers. You could say the same thing now about Packers quarterback Aaron Rodgers too. On Sunday, Rodgers completed 26 of 33 passes for 290 yards and three touchdowns, to go along with 13 rushing yards, and another major score, as the Packers got by the Detroit Lions 31-24.

1)Lamar Jackson–Baltimore Ravens–Getting back to the offensive masterpiece from both teams on Monday night, it is no surprise that Lamar Jackson finds himself at number one. Jackson completed only 11 of 17 passes for 163 yards and one touchdown, but it was on the ground where he did most of his damage. He had nine rushes for 124 yards and two touchdowns. With the win, the Ravens improved to a record of eight wins and five losses.