Your Morning Dump... Where the C's wrap up the preseason tonight 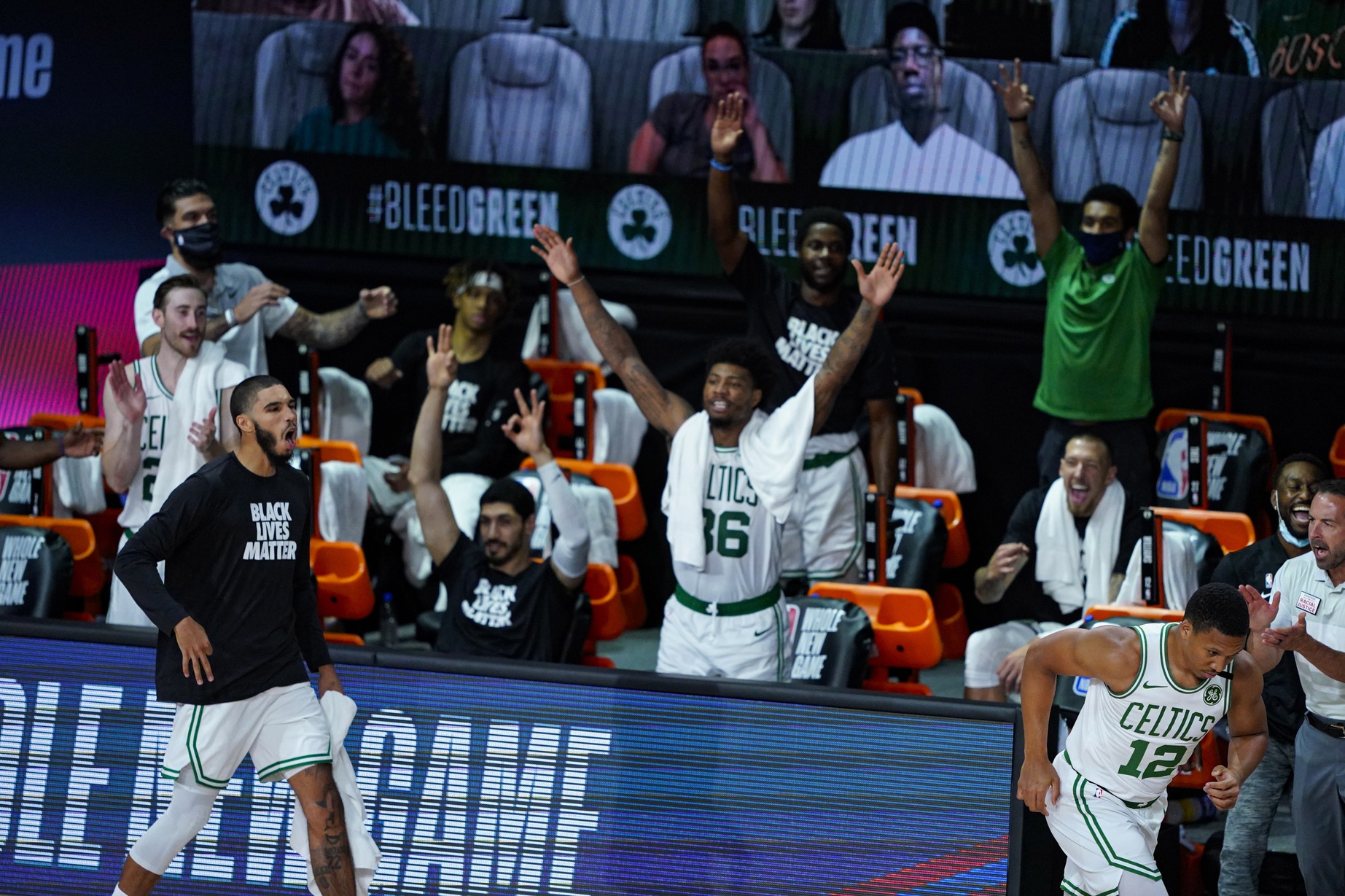 Your Morning Dump... Where the C's wrap up the preseason tonight

Geez guys, it seems like only a few days ago that the preseason officially started and now here we are, wrapping it up and heading on to the part where wins and losses actually mean something.

So what’s news on the Celtics beat this morning?

Over at MassLive, John’s got his usual Friday mailbag:

Do you know why black belts are the highest belt you can get in martial arts?

When the martial arts originated, belts were never washed. New disciples had the lightest belts, but the master who spent years training had the darkest belt. He became the master through years of learning and doing.

So what is “smart?” Sure, some players have a more innate feel for the game, but that can also be learned. I think Williams’ biggest problem is that he hasn’t been able to play enough to get those stains on his belt.

In Jared Weiss’ piece over at the Athletic that was, in general, critical of Williams, he throws him a bone with this line, “things change significantly when Williams is playing against bench competition.” Mark Harpootian highlighted this article in yesterday’s dump, and I’d like to say a bit more about it, in the context of what John wrote in his mailbag.

First off, I didn’t know that about black belts and, I mean, that’s really kind of gross.

Secondly, I’m proud of you John, that drawn out intro that eventually takes a left-turn into the subject at hand is a bit from my playbook and you executed it perfectly.

But the point is this: The thing to look at with Rob Williams is not that he’s going into his third year, it’s that he’s only appeared in 61 games in his entire career, and he’s only logged 11 minutes per game.

That he is a capable defender of backup centers with limited skillsets is an impressive accomplishment for a guy who is, when it comes to in-game experience, still in his rookie season.

Over at the Athletic, Jared Weiss has a lengthy piece on how changes in officiating may have a significant impact on Jayson Tatum’s game:

[Tatum] has a bad habit when a defender is in front of him in the interior of hitting them with a forearm shiver to the chest. It used to be that an offensive player had to extend this to a full stiff arm, but this year’s POE is emphasizing that even a small push is an offensive foul. This got more attention in the second half of the season and Tatum was called for it a few times, as shown in the below video. Now it will be an even bigger focus.

NBA basketball, if every rule was enforced strictly, would probably look like a Downton Abbey tea party. In fact, you could probably wear fancy dress and not even break a sweat.

So every year, when the NBA, which loves to throw its referees under the bus, announces its ‘points of emphasis’ or ‘education’ or whatever, I just roll my eyes.

And you know what? If you’re a guy like Tatum, and you’ve acquired a skill that is technically a violation of the rules, but which hasn’t been enforced at any point in your career, you have a right to be pissed off about this.

I mean, when you see a Giannis get away routinely with picking up his dribble long before he actually leaves the floor to take his shot, only to have the league legalize that move, and then the move that you’ve honed is instead turned into a “Point of Emphasis” or whatever, yeah, that sucks.

But it’s part of life. The NBA secretly loves to have controversial, incompetent and inconsistent officiating, and when they make some arbitrary move like this, you’ve just got to roll with it.

Page 2: Where the Rockets are apparently taking all offers for Harden

Several playoff-caliber teams in the Eastern and Western conferences have told ESPN that they are finding increased comfort in committing high-level trade assets in talks to acquire Harden. The Rockets have ongoing discussions on several fronts and have been communicating with Harden about those scenarios, sources said.

Several teams told ESPN that they are feeling less inhibited about trading for Harden without an assurance that he would re-sign once he can become a free agent in two years.

No, I don’t think the Celtics are interested in paying the price Houston would demand for Harden, and I don’t think that trading one or more of their core pieces for Harden would make them a better team. Harden is, at least per the Tim MacMahon piece that dropped on Wednesday, not exactly a good fit with the Celtics’ structure and culture. And if you tear up what the team has been building over the past several years–the least experienced team in the league went to the ECF in 2020 for the third time in four years–to get a guy who’s never advanced beyond the conference finals, regardless of whatever his individual stats may be, are you really making an upgrade?

But I do find the Rockets’ sudden willingness to engage teams that are not on Harden’s list to be amusing. It’s almost as if the front office had an epiphany and realized that they don’t have to do what Harden tells them to do.

Frankly, it would be outright stupidity on the Rockets’ part not to take the best possible offer for Harden, regardless of destination.

Finally: Stop the presses! COUPLE HAS DINNER TOGETHER

Those wondering whether Tristan Thompson’s arrival in Boston would prompt the Kardashians to spend more time in the city now have their answer.

The newly-acquired Celtics center Thompson and Khloe Kardashian were spotted late Tuesday night having dinner at Zuma at the Four Seasons Hotel on Dalton Street, according to multiple reports.

Celebrity journalism is to real reporting what Taco Bell is to authentic Mexican food.

NBC Sports: One well-known predictive service is bullish on the Celtics | Perk ‘would love to see’ Isaiah Thomas back in Boston | Celtics trade targets: Seven players the Celtics could target in-season with TPE