The evolution of Jaylen Brown: How the Boston Celtics wing has grown his game 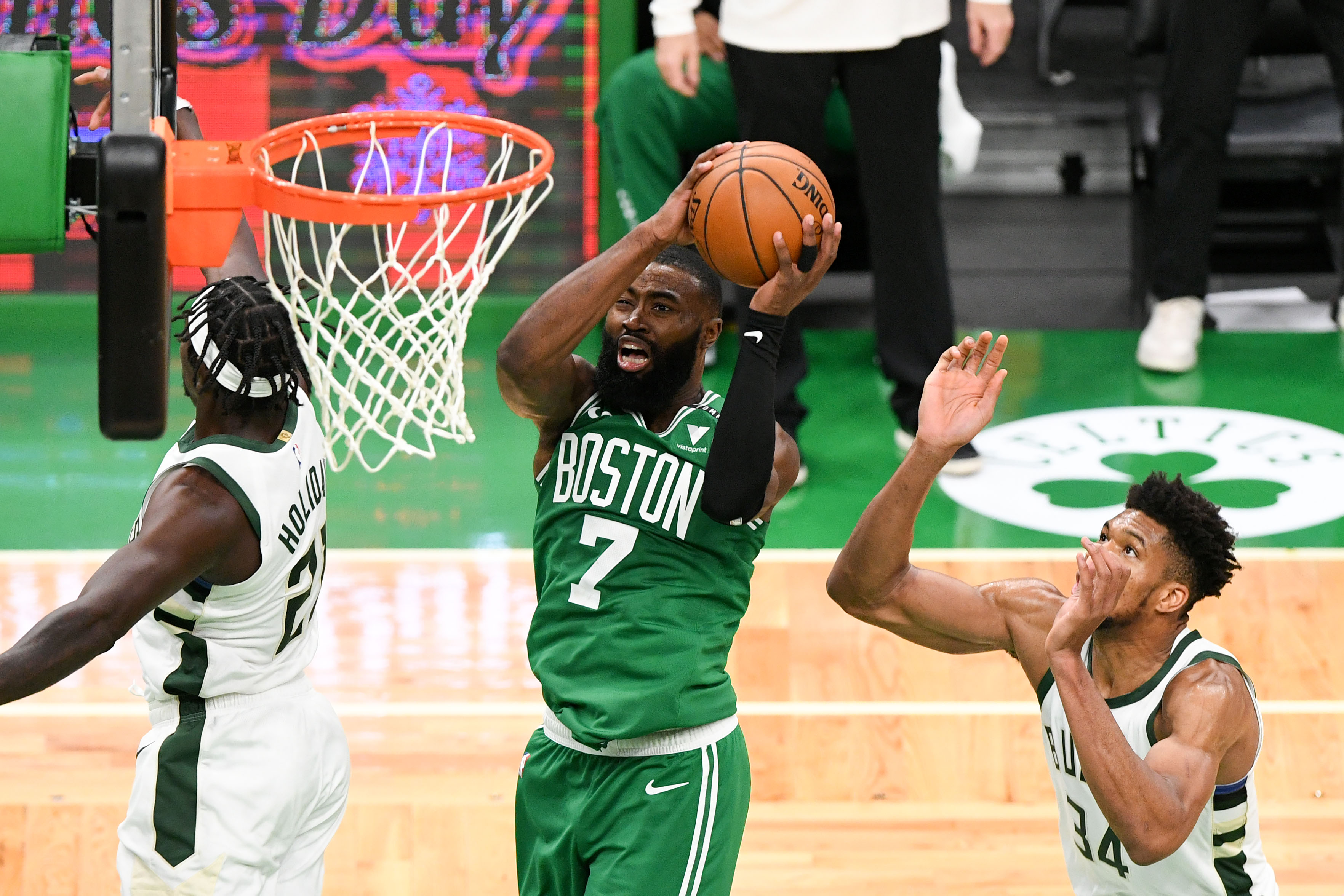 The evolution of Jaylen Brown: How the Boston Celtics wing has grown his game

Have you ever seen a Great Dane puppy? They start out so wobbly and unsure, just like every other puppy in the world, just bounding around trying to figure themselves out. A few years later they’ve grown exponentially into the size of a small horse, making you wonder how in the world something so small can grow so fast, so quickly.

That’s sort of how Jaylen Brown’s career has gone. His wobbly rookie year, which was full of benchings, has given way to a fifth year that makes you wonder how this guy was ever that guy. His evolution has been remarkably impressive, especially considering he didn’t have a normal, full offseason to add elements to his game.

“Just having more of a responsibility,” he recently said. “My usage rate is higher, the ball is in my hands a lot more, more responsibility. The difference is there.”

Brown’s offense has evolved with his role. The combination of a two-big lineup with Daniel Theis and Tristan Thompson, along with the loss of Gordon Hayward and the absence of Kemba Walker has spun Brown’s game into something noticeably different than what we’re used to.

Let’s start with the raw numbers.

Last year, Brown was a catch-and-shoot specialist and one of the league’s deadliest corner 3-point shooters. He hit 46 of 95 corner 3-point attempts last year, a ridiculous 48.4%. After taking 1.67 corner 3’s last season, he’s down to 0.67 per game in the early going. In fact, he’s taking 13% more of his 3-pointers from above the break.

The rise in above the break 3’s (anywhere on the court above where the 3-point line curves from the sidelines), is a function of how he’s being used now. With Walker, Hayward, and Jayson Tatum, Brown’s best offense came from waiting to see how three more dynamic players (at least at the time) were going to break down the defense. He spent a lot of time working the baseline and corners and taking shots when defenses overreacted to his teammates. That’s why Walker and Tatum were the two guys who assisted Brown the most last season.

Now, Brown is one of those primary attackers, which means he’s at the top of the offense rather than lying in wait in the corners. Without Walker or Hayward, it’s up to Brown, Tatum, and Smart to be the primary threats and for Tristan Thompson and Daniel Theis to help facilitate for them. The double-big offense has turned Brown into more of a pick-and-roll player than he has been in the past, and it has led to a jump in mid-range shots. Here’s an example.

The Celtics like to run a lot of handoffs with their bigs, and this year those have turned immediately into a lot of pick-and-rolls. They’ve used a variety of actions like this up around the foul line area to spring Brown and Tatum, and Brown has used them to take 14.5% more mid-range shots so far this year compared to last year. Through three games, an admittedly microscopic sample size, he’s hitting 68.8% of those. Even with the eventual regression in that percentage, it’s much better than the unacceptable 42% from that area last season. If Brown can keep that percentage up above 50%, then he’d be an elite shooter from that range, and the percentage would be high enough to make that an acceptable shot.

He’s also using those screens and the threat of his pull-up game to get to the rim.

This is one of Brown’s finest moves, maybe ever, because he not only sells a head-and-shoulder fake and finishes strong despite being challenged, he did against Defensive Player of the Year Giannis Antetokounmpo and two-time All-Defensive guard Jrue Holiday. Brown is finishing better around the rim this season, making 68.2% within five feet, a 7% improvement from last year.

Brown is driving 14 times a game, which puts him in the top 20 in the NBA, thanks to the new pick-and-roll responsibilities, up from 8.5 per game last season. His 1.18 points per possession as the pick-and-roll ball handler is good for 13th in the league right now.

So Brown has gone from a catch-and-shoot guy who shot a ton of 3-pointers to more of a driver who is comfortable operating in the mid-range. He runs the pick-and-roll more often than usual, thanks to having to work with two bigs for much of the game, but his evolution isn’t just abut scoring.

Brown is averaging 3.7 assists per game, nearly three times his career average. According to Cleaning The Glass, his assist percentage skyrocketed from 9.6% last season to 20.4% so far this year, which is an amazing leap. This pass from the Brooklyn Nets game is one of his most impressive in his career.

Brown uses the same handoff into a screen action and snakes his way into the lane. He recognizes that he draws FOUR defenders on the play and whips a skip pass to Smart for a corner 3-pointer.

Smart has made eight shots in three games, three of them are corner 3’s on passes from Brown.

Brown is driving more, scoring more, and assisting more. His game is less 3-point heavy, which bucks the NBA trend, but he’s hitting his 2’s at such a high rate that it’s ok. And the mid-range shot he’s drilling collapses the defense on him at a point on the floor where corners and dump-offs are passing options.

Brown has been the Celtics’ best all-around player so far. Of course a three-game sample size means a lot of these percentages will change over the course of the season. We obviously can’t put much stock into how well he’s shooting just yet, but it’s obviously encouraging.

It will be extraordinarily interesting to see how Brown’s role changes with the return of Walker, but the more he succeeds in this role, the less likely it is that anyone would want to change it. Even if those percentages drop over time, how he’s playing has evolved immensely.

Brown’s growth has been exponential and impressive, and at 24-years-old, he still has time to refine even further and add more to his game.

All stats are from NBA.com/stats unless otherwise noted