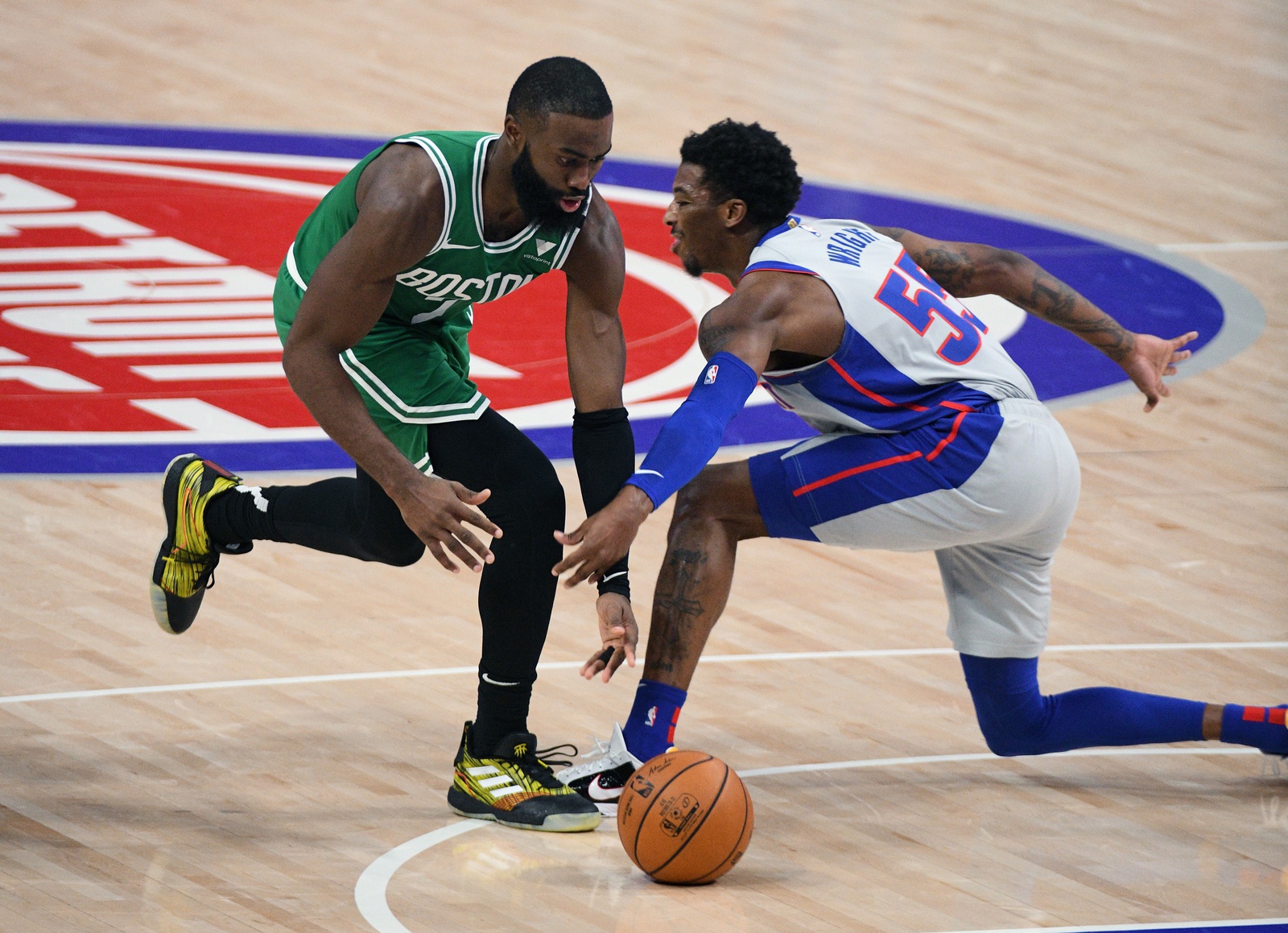 If you thought the Celtics would have an easy time going against a winless Pistons team without their best player (Blake Griffin/concussion), you were wrong. Dead wrong.

The Celtics played sluggish and sloppy for most of the first half and dug themselves a 21-point hole. Predictably, Boston tightened up the defense in the 3rd quarter and rode Jaylen Brown (25 points) and Jayson Tatum (28 points) to a 5-point lead with 4 minutes remaining. Ball game, right? There’s no way this Pistons team could hang with Boston’s double-barrel closers, right?

Wrong. I encourage you to review the highlights, but be warned you’ll probably need a tetanus shot by the end.

look at that pass 💪 pic.twitter.com/Ib3fMZKK9i

The Celtics are on pace to finish with 48 turnovers in this game, which feels low.

😱 JERAMI GRANT, HOW DO YOU DO?? 😱 pic.twitter.com/ONnIaA8aJt

And then, we were treated to an all-time bad call. A call the refs had a chance to correct, but stuck to their guns.

They even reviewed this after Brad Steven’s Challenged and LOST 😂 NBA refs bro… pic.twitter.com/XznUviGHGJ

That's as bad a call as I've seen in a while

We pause the recap for this important message:

Scal is funny about 20 percent of the time he thinks he is.

RWilliams twisted his ankle in a scrum but is standing on the bench and appears OK. #Celtics #Pistons

Jaylen Brown rattled off 7 straight points (3-pointer, mid-range jumper and lay-up) to give the Celtics their first lead in a long, long time.

Another triple by Tatum stretched the Celtics lead to 5 (93-88) and they appeared to have stolen this monstrosity of a game. I’m now going to show you all of their buckets over the final four minutes.

Brad Stevens on C's drought to end the game: "That may have been the basketball gods saying we didn't deserve the game."