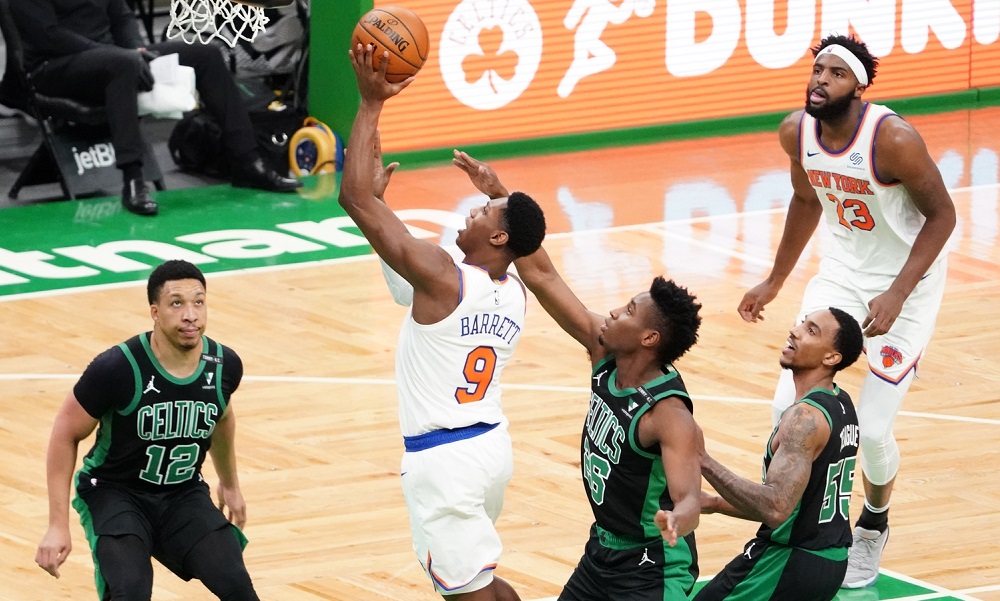 Not to scar Celtics fans any more than they are, but yesterday’s loss to the Knicks at home was literally one of the worst this century. According to Sean Grande:

Boston never held the lead as New York beat the Celtics for the first time since November, 2018. Where did it all go wrong?

The Celtics were knocked back on their heels immediately and were playing catch-up all day. On their first possession, Grant Williams drove for a layup. He missed – but a foul was called. Then Grant missed both at the line. On defense, Kemba Walker made a steal, drove to the basket, and messed up his footwork. Traveling. Those plays set a tone.

Soon after, the Knicks took a 7-2 lead on a putback dunk, a second-chance three, and a floater in the paint. Brad Stevens called an angry timeout. It didn’t help much as New York kept pounding the offensive glass, getting to the line, and forcing Boston turnovers. The Knicks led by 11 after 12 minutes, and the Celtics never came close to taking the lead back.

The bottom line was the Celts gave the Knicks confidence early, which is the last thing you want to do for an opponent desperate to break a five-game losing streak. (As bonus motivation, coach and birthday boy Tom Thibodeau may have asked his squad if they were getting him a gift).

The Celtics were flat for the entire 48 minutes. It was obvious early that they would have trouble all day with the Knicks. At no time did the Celtics give us any reason to believe they would go on a run. It was just that one-sided.

Only Jaylen Brown had a respectable day (25 points, 9 of 20 shooting). Everyone else was hopeless. In fact, Jeff Teague, Semi Ojeleye, and Aaron Nesmith combined to shoot 0 of 14 from the floor.

The Celtics didn’t look for good shots at all. They attempted just 38 two-pointers and settled for 46 threes. They made 7.

Kemba was back, but predictably rusty

Perhaps the Celtics thought Kemba’s presence would make up for Jayson Tatum’s absence. Unfortunately, Kemba (3 of 13 shooting) needs time to get back to being himself.

It could’ve been worse. The little man got bodied by big man Nerlens Noel and left the court amid fears that he’d broken a rib or worse. Fortunately, he was okay.

Nothing from the bench

On Friday, the second unit combined to score a season-high 66 points while shooting 26 of 45. On Sunday, when the starters really could’ve used the help, the bench totaled just 25 points on 7 of 26 shooting. There was no Payton Pritchard magic, Semi came back to earth, and Teague was scoreless for the second time this season.