Your Morning Dump... Where the Celtics need to stop bitching about non calls 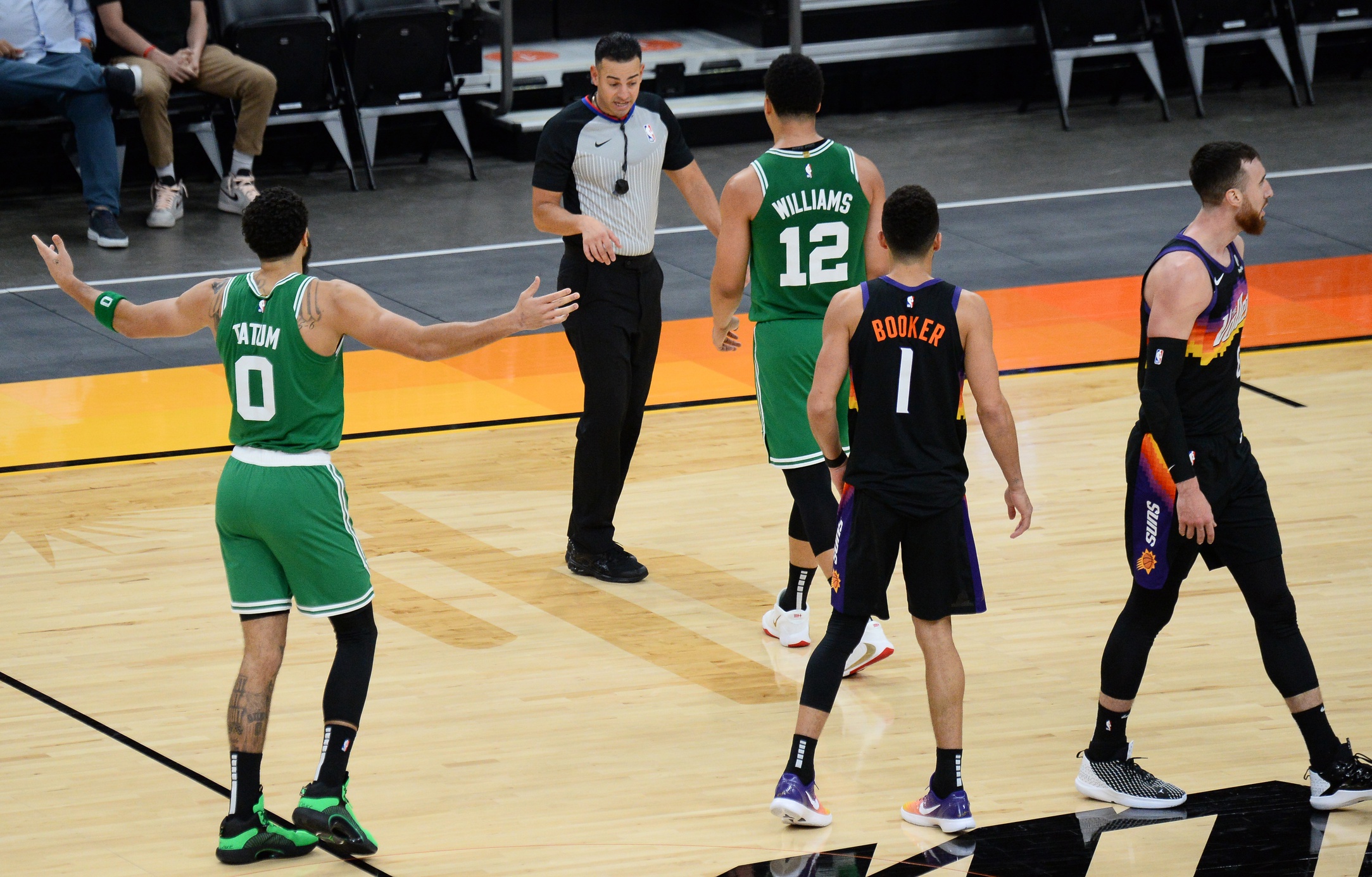 Your Morning Dump... Where the Celtics need to stop bitching about non calls

But the inability to score easy points is becoming more and more of an issue. The Celtics were 13 of 37 on shots in the paint and 16 of 49 on 2-point shots. Two-point shots are generally supposed to be easier to convert than 3s. But the Celtics are making the game too difficult. And one of the issues is their inability to play through contact or expect the foul.

Walker, who had one of his worst games as a Celtic in missing 16 of 20 shots, spent Sunday afternoon trying to sell contact on several of his shots and getting just one call all game, and that was challenged by Phoenix coach Monty Williams (though unsuccessfully).

It’s time for Walker to get accustomed to a new reality: he’s not going to draw the fouls he did in the past, during his Charlotte days, where he regularly averaged more than five attempts per game. It’s affecting Walker’s confidence and psyche and it’s apparent.

“You know what? I let myself get a little too frustrated,” Walker said. “I just can’t have that. Like I always say, these guys, they look to me to be that positive energy. I wasn’t that today. It was pretty frustrating. But if it’s not a call, it’s not a foul and I gotta realize that. I just gotta be better. I gotta find a way to either make a play at the rim or make a play for my teammates.”

Some great insight here by Gary Washburn. In short, he’s telling the Celtics (Kemba and Jayson Tatum, specifically) to stop bitching about the non-calls and play through the contact. Leave the bitching to us experts on Twitter, please.

With 20.9 FTA, the Celtics rank 23rd in the league. Not ideal, right? But they’re tied with Milwaukee (2nd in East) and Utah (1st in West), two teams who are shooting the ball better than Boston.

While Washburn intimates that Kemba’s day of getting a friendly whistle might be over, we’re still waiting for the officials to give Tatum the star treatment. It’s definitely deserved, but will only be delayed by every quizzical look or frustrated gesture.

The War on Theis is another challenge. We’ve reached the point where national columnists are dropping Theis jokes during the Super Bowl.

After an extensive review of the play at the goal line, a foul has been charged to the Celtics' Daniel Theis.

On Page 2, the rotation carousel goes round and round.

With Jaylen Brown and Marcus Smart still out, Stevens inserted second-year guard Carsen Edwards into the starting lineup. Edwards scored a season-high 16-points in Friday’s win over the Clippers. He hit his first 3-pointer in that game and rode the momentum for the rest of the night. On Sunday he missed his first 3 and had very little impact after that. He was 1 for 5 and had some tough moments trying to defend Chris Paul. The Celtics were outscored by 21 points during his 17 minutes.

The Celtics are being extra cautious with Jaylen Brown (knee soreness). Fine, I get it. But as I whined about yesterday, sitting Brown with Smart sidelined, really puts a strain on the already thin bench. You’re practically scheduling losses.