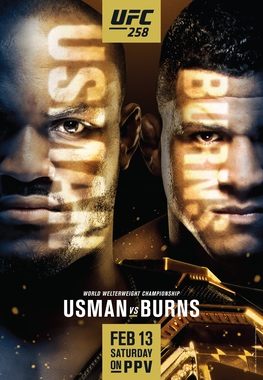 The run of cards is now in full force with seemingly no end in sight. So while you might be struggling to keep up with all the bookings and some of the hottest prospects on the card, let us take your attention to one of our favorites.

The wrestling and physicality of Mallory Martin is immediately what sticks out in her fights. Being in a division not filled with wrestler-types allows her to stand out against a lot of the competition. While her entries to these takedowns are varied and solid, where she really excels is when it reaches the ground. Her ground and pound is constant and she is always working to finish, but in the same sense is still not willing to give up positioning for it. This combination makes her a tough day at the office for anyone who winds up on their back.

When you come in with the hype behind your wrestling, only to be promptly out-wrestled, it takes some of the wind out of the sails. In her debut (a fight she took on short notice), she lasted just over a round after being taken down three times by Virna Jandiroba. However, it’s worth looking at that loss in retrospect. Jandiroba is a top tier talent who dealt much more easily with Felice Herrig and even had a close bout with Mackenzie Dern. Ultimately, I don’t think that loss says much about Martin as a prospect.

Polyana Viana is a brown belt in jiu jitsu and is coming off a submission win over Emily Whitmire. However, her problem has been that she has been unable to secure positions that let her work her magic. Her lone win in the last four fights was an armbar that she landed from a bad position. With Martin being safer than Whitmire likely was, and with the positional battle favoring her heavily, it’s hard to see a clear cut path to victory for Viana.