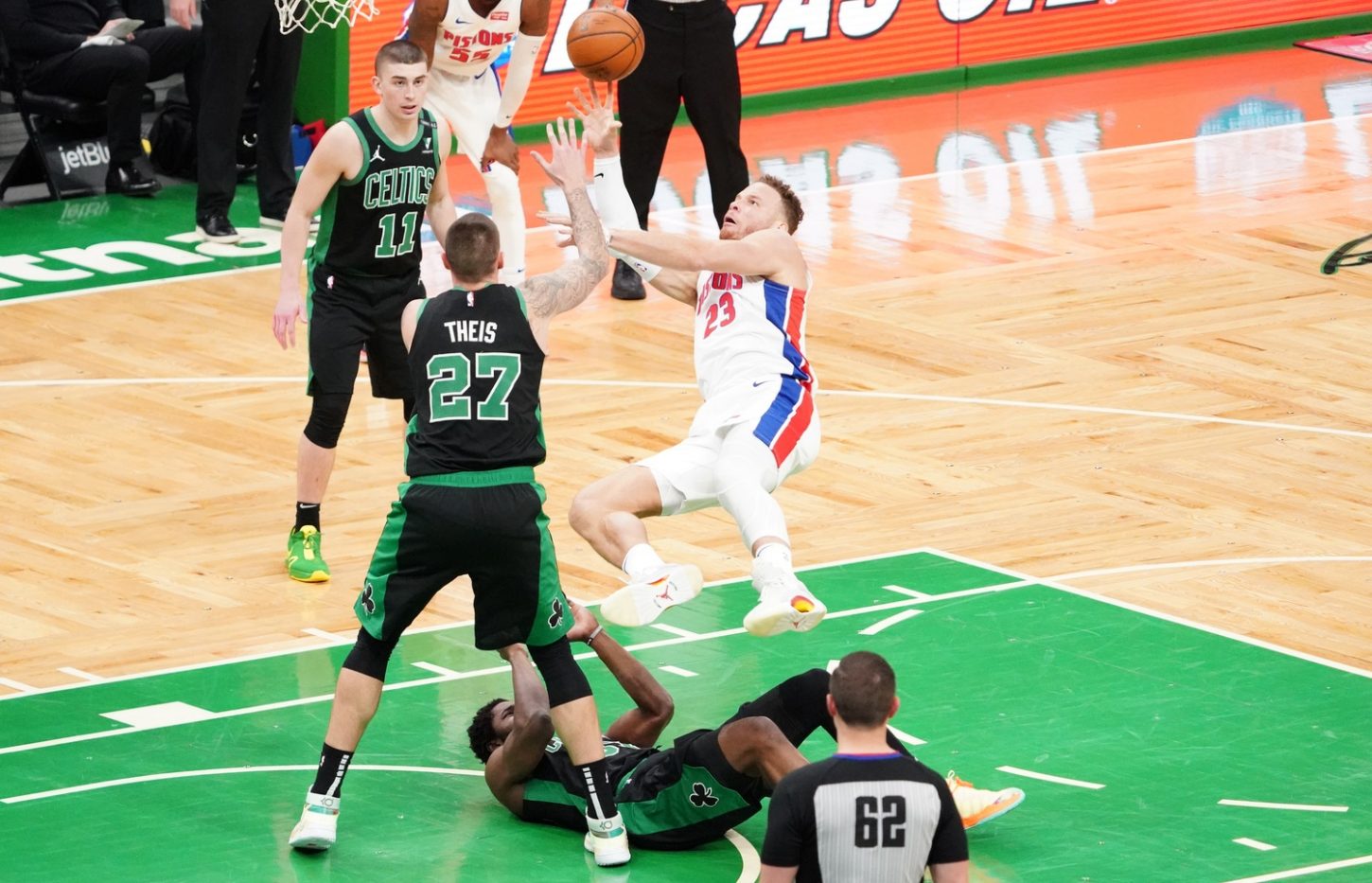 The Celtics lost 102-108 to the Pistons—the worst team in the league, except when playing the Cs, or other top-of-the-conference squads—by giving up about as many open triples as they scored the previous game against the Raptors. I no longer claim to understand this year’s Cs, like, at all. Bonkers inconsistency.

After starting off with crisp and intense offense, Boston started giving Detroit way too much breathing room and surrendered a 10-point lead, falling behind by 3 to end the first frame. Then it was Detroit who got up to a 10-point lead, and only furious effort by Jayson Tatum and Jaylen Brown brought Boston back to a 2-point deficit at the half. Q3 began evenly matched, as Boston started to get into a steady offensive groove and the squads traded control of the game. Then Detroit, led by white-hot shooting from rookie Saddiq Bey (30 points off the bench on 10 damn triples) roared to life, and gained back another respectable lead. Finally, the fourth frame was way erratic, with the Celtics coming within a hairsbreadth near the end but never quite able to get past the hole they’d fallen into.

After spending last night playmaking more than scoring, Tatum and Brown led Boston’s offensive charge yet again, respectively bringing in 33-11-7 and 26-6-0-2. That was the vast majority of Boston’s scoring. Daniel Theis was the only other player even to reach double figures (11-9-1-1-1).

Highlights, jokes and scattered analysis below:

Theis is an absolute mad man right now. He doesn’t give a fuck the whether he lives or dies on any given play. That’s when you’re Alive, man

(Pardon the language, but Riffsman’s description is spot-on.)

The Pistons have had like four shots go basically all the way in then spin out.

Stat watch of the night:

Not saying Teague did that on his own, but I’m not not saying it either. On a lighter note, Marcus Smart dropped into the broadcast booth, and he was a marked improvement over Brian Scalabrine:

Replace Scal with one of our injured dudes for color commentary every night. We got enough of em it'll work.

I think Marcus wants to be out there defending Saddiq Bey right now 😂 pic.twitter.com/C6nWtli3i7

In a frustrating second quarter, few things were really as enraging as this (for me, at least; I’m sure others were more annoyed by the deficit):

Stewart throws Theis to the floor in the rebound action, then at the other end gets an and-one on a touch foul. JFC

Semi's still on 🔥 from three pic.twitter.com/gogm4Owx5E

I fucking love this sequence to end the half. And Smart is narrating the whole thing which makes it so much better pic.twitter.com/XANKSsz7wB

Just to remind you to be mad about the Josh Jackson foul against Jaylen:

I can’t remember when it happened or who it was against, but a Celtic was called for a Flagrant 1 within the last week for like grazing someone’s face in the middle of a basketball play. Jaylen was just bleeding after getting whacked in the face and no review.

Best description of the offense’s lack of coherence in most of the second half is as follows:

The offense is a shit show.

Theis actually contributed a bit more than his stat line might suggest:

Daniel Theis was taking over on both end of the floor at the end of this game#Celtics Rewind presented by @tmobile pic.twitter.com/kH0iKwOhTM

But anytime you get truly miserable about the Cs, always remember that these two dudes are the team’s anchors, and will be for a good long time:

talk to him nice 😏

What a great defensive stop and save by Jaylen pic.twitter.com/wL7urydvzd