Your Morning Dump... Where Marcus Smart isn't close, but Semi and Timelord are back 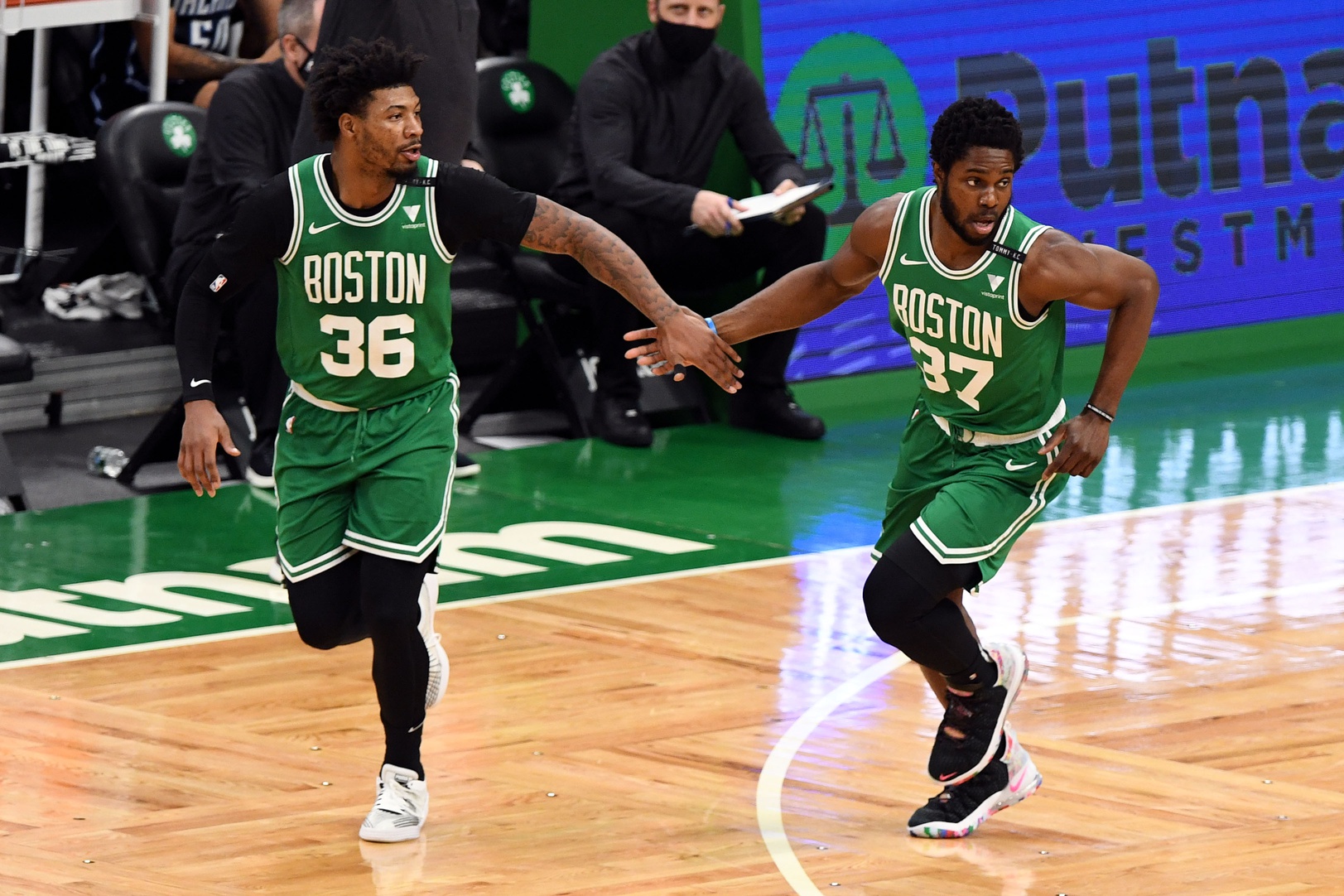 Your Morning Dump... Where Marcus Smart isn't close, but Semi and Timelord are back

On Friday, speaking publicly for the first time since his Jan. 30 injury, Smart said he is still walking with a slight limp and is only able to run at about 30 to 40 percent of his normal speed during light workouts. Calf strains have a high risk of recurrence, too. Smart offered no new details on his potential return, saying only that he was taking it “day by day.”

The Celtics have gone 3-4 since his injury, and the defense ranks just 20th in the NBA over that span. With less than three weeks left until the All-Star break, it would not be shocking if Boston just errs on the side of caution and brings Smart back after that.

One thing lost in Friday’s night maddening loss to the Pistons was the news that Marcus Smart isn’t close to returning to action.

It’s been two weeks since Smart’s calf popped in the Clippers game and the sense is he won’t return until after the All-Star break, double the original timeline for recovery.

Smart wasn’t shooting the ball particularly well before his injury, but his playmaking (6.1 apg) was fantastic and remains sorely missed.

As for Semi Ojeleye, the injury suffered Friday night doesn’t appear to be serious and he’s listed as probable for today’s matinee vs Washington.

The mere fact that I’m reporting Semi’s availability for a game shows 1) how desperate the Cs are for depth and 2) how well Semi has played this season despite one blogger’s push for his release.

We’re all frustrated and annoyed with the team’s play. But as I take a step back, I don’t recall anyone thinking in December the Celtics were going to come out of the gate strong. The 8-4 start may have skewed our expectations, but are we really that far off (13-12, 4th in East) given the circumstances (Kemba’s injury/rust and Smart’s calf)?

On Page 2, Happy Valentine’s Day from the Legend.

Larry Bird recorded a triple double thirty-five years ago today by scoring 10 of 21 field goals with his off, left-hand.

"I'm saving my right hand for the Lakers."

NBC – Celtics inconsistency issues summed up in one stat