Your Morning Dump... Where Marcus Smart is back with the right mentality 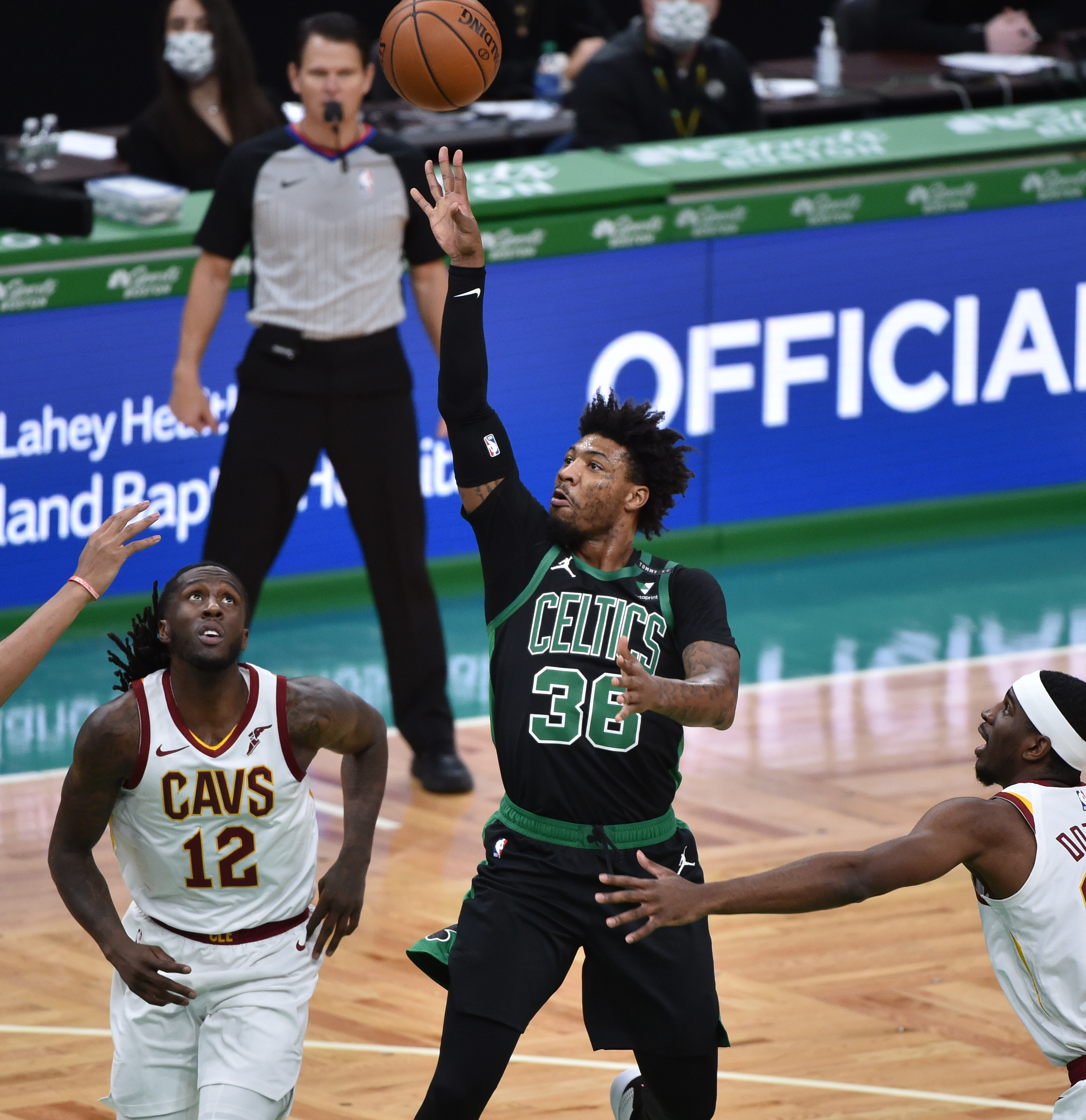 Your Morning Dump... Where Marcus Smart is back with the right mentality

Marcus Smart: "I want us to forget about that first half. It’s in the past, it’s over, and get a fresh start in the second half."

A fresh start for the Celtics, as they head to Brooklyn to play the revamped Nets to kick off the second half of the season. Luckily, the Celtics will have a healthier roster coming out of the break.

Marcus Smart, who missed all of February with a strained calf, was back. Romeo Langford, who has missed the entire season recovering from wrist surgery, was also cleared to practice today and play tomorrow, was not because he entered the NBA’s COVID-19 health and safety protocols.

“We got word at about 10 a.m. that he wasn’t going to be able to practice, and I would guess that he will not travel with us,” Stevens said. “He would have been able to play tomorrow.”

Quite the tease, but the Celtics are close to full strength. I for one am excited to get Romeo back after dealing with some bad injury luck. I think what he really needs is simply consistent minutes to get back into a groove.

As for the TPE, Danny Ainge remains non-committal:

I'm certainly not accusing Danny Ainge of anything here, but this time of year is smoke and mirrors and misdirection all over the place.

Despite Ainge’s comments, there remains a ton of speculation as the trade deadline looms.

Whether it’s the Barnes possibility or perhaps another trade exception target that they might land, this factor appears to be front and center (Exhibit B, for example: Oklahoma City’s Al Horford, the former Celtic who has also been tied to the Celtics as a trade exception option and whose contract also ends after 2022-23). This, potentially, is how you fix the short-term problems without compromising the long-term goals.

Boston is currently 12th in offensive rating (down from fourth last season), so adding a veteran who is averaging 16.7 points (49.2 percent shooting overall, 39.2 percent from 3) and a career-high 3.6 assists per game would surely help. Boston’s defensive rating has plummeted this season — from fourth in 2019-20 to 16th — and Barnes would certainly be asked to aid that effort as well.

Not to mention LaMarcus Aldridge has agreed to part ways with the Spurs, adding an intriguing yet unlikely big man to the mix of players the Celtics could add. Regardless of what Ainge does, the Celtics seem to be in the right mindset and physical state to begin their championship push. And one more thing for those who care about seeding:

Athletic: State of the Celtics: 5 questions for Boston entering second half of the season