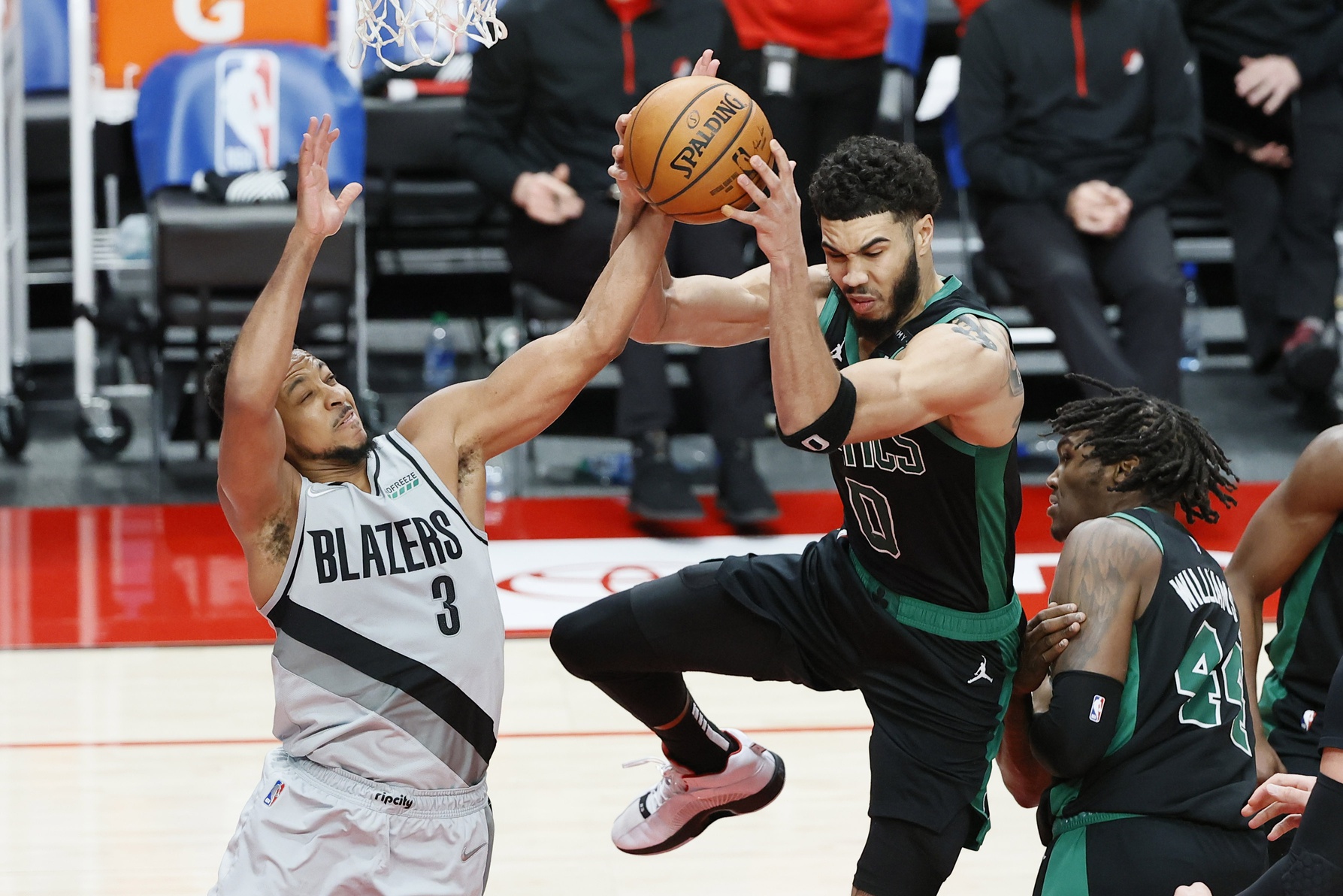 Tatum was selective with his 3-point attempts all night, mostly attacking the basket for his first 29 points. This time, however, Tatum relied on his long-range prowess to stomp out Portland for good. That same late-game stepback 3-pointer that has been so uneven over the past few years was true this time.

You could almost hear Tatum say, “swish” as the ball trickled through the net and gave the suddenly resurgent Celtics a critical 116-115 win over the Blazers on Tuesday at Moda Center.

“Tatum has done that for this stretch and this was about the number of games where last year he started taking off,” Celtics coach Brad Stevens said. “You can see that in the last so many weeks. He’s really into a rhythm in knowing what he wants to do on a given possession and where his opportunities are going to come from.”.

I gave the Celtics little to no chance of winning last night in Portland. But (and I can’t believe I’m going to say this) it appears the team has turned a corner.

They look like a different team. And while Tatum is balling something fierce, some credit also goes to Marcus Smart. This sequence last night is nuts:

Smart isn’t one to make excuses, but:

Smart has been proving it over and over again as the Celtics season has slowly turned around. Ever since a decidedly bad game against the New Orleans Pelicans (the game that featured that half-court heave off a jump ball), Smart has been at the emotional helm, helping steer the C’s in the right direction.

Sometimes it has been with his signature defensive energy. Sometimes it’s with his passing. Sometimes, it’s just gathering his young teammates and settling them down in moments where things might have unraveled in the past.

Lugnut talk show hosts aside, we all love Marcus Smart. He just needs to focus on playing his signature defense and making great passes. The shots will come within the flow of the game.

On Page 2, Tatum reveals his need for an inhaler.

Jayson Tatum said Tuesday night that he is still dealing with the after-effects of contracting for COVID-19 three months ago and has been using an inhaler before games as a means to combat them.

“It’s a process. It takes a long time. I take an inhaler before the game since I’ve tested positive. This has kind of helped with that and opened up my lungs, and, you know, I never took an inhaler before. So that’s something different.

“I for sure feel better now than I did a month ago.”

He added that he isn’t sure how long he’s going to have to use the inhaler, saying it will be until he feels good enough to play without it.

“There’s no exact timetable,” Tatum said. “[It’s] just when I feel comfortable enough and I think I don’t need it.”

Another example of the long-term effects of COVID-19. An elite athlete with top-notch medical care needs an inhaler to assist his breathing three months after contracting COVID. Yet, this country remains fixated on deaths and hospitalizations as the main metrics for determining whether or not guidelines and restrictions should be relaxed.

I’ll get off my soapbox now.