Your Morning Dump... Where Danny Ainge thinks Smart's suspension was a bunch of bull---- 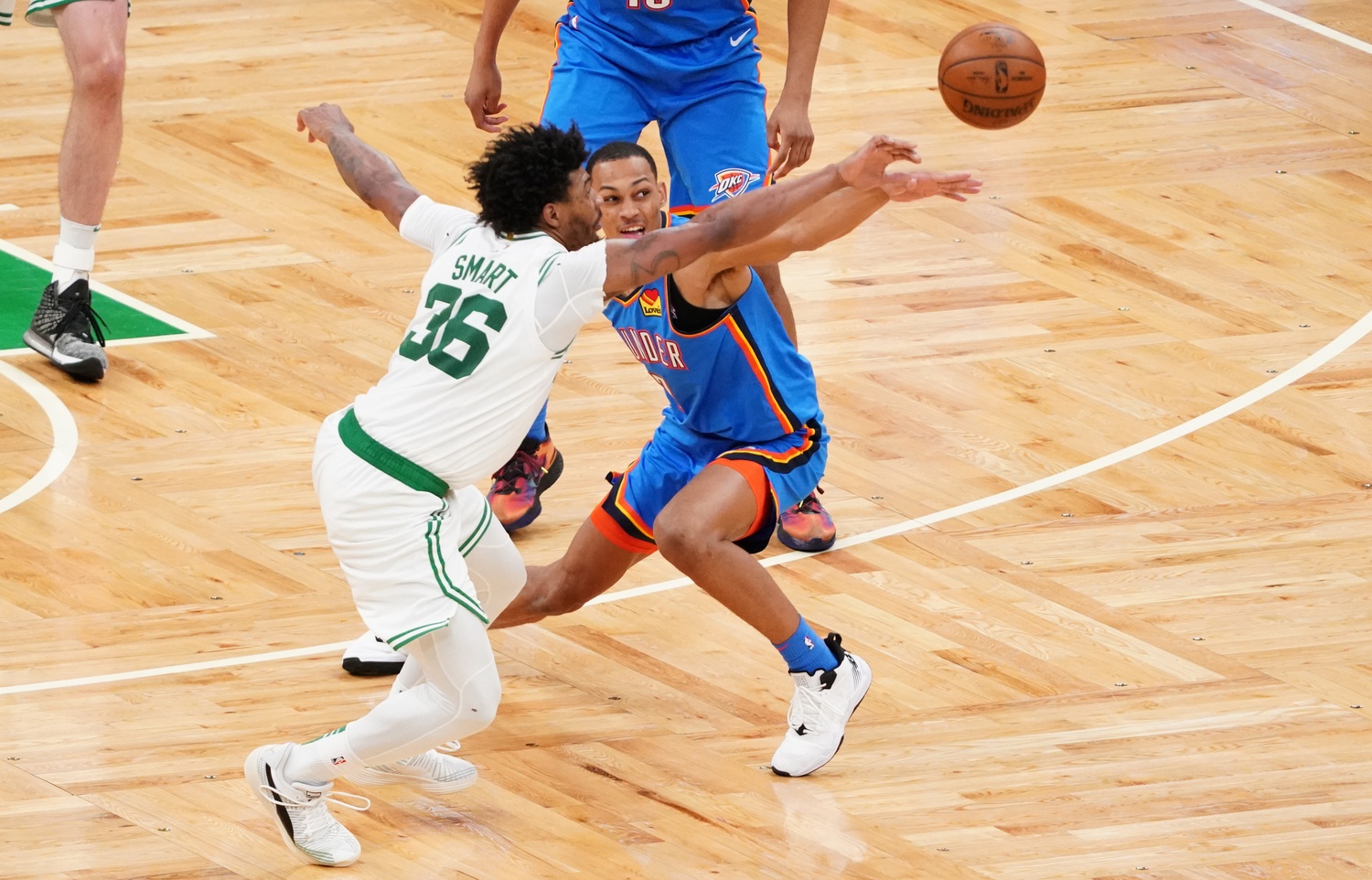 Your Morning Dump... Where Danny Ainge thinks Smart's suspension was a bunch of bull----

While Smart is no newcomer to league rules and discipline, Ainge said he’s not sure he would have determined the same punishment for him.

“I’m not sure that I can say that I agree with the fact that they chose to suspend him,” Ainge said during his weekly radio segment on Toucher and Rich on 98.5. “I’m not sure that was warranted. That’s their prerogative. You can’t do that. You can’t have an interaction with an official. We all know that.”

“Marcus, he’s just an emotional kid,” Ainge said. “He plays with his emotion on his sleeve and he was very frustrated with a couple calls that I think he should’ve been frustrated with. Ideally, we don’t want him having conversations with officials post-game as they’re leaving the court.”

So, yeah, that’s about as close as Ainge is going to get to saying what he really thinks in a public forum. Ainge is not one to get fined. It’s been almost eleven years since the league dinged him for throwing a towel to distract J.J. Hickson (and by the way, would someone please tell me how that constituted conduct ‘detrimental to the game’?)

Anyway, Ainge is exceedingly careful about what he says on subjects that the league has strong opinions. For instance, you won’t catch him pulling a Magic Johnson and running his mouth about players on other teams.

In other words, if Ainge is moved to actually say something that veers from his usually anodyne comments about league matters, you can bet that his deeply competitive nature is chafing against the restraints imposed by his better judgment.

When one of the co-hosts pushed Ainge on whether he was ‘down’ on the league, he said he wasn’t and then added the quote above.

Like it or not, reputation matters in the league—and not just in the NBA. I’m a fan of the South Dakota State Jackrabbits. Their women’s basketball team has become a mid-major powerhouse. They’ve been to the NCAA tournament ten of the twelve years they’ve been eligible. And for the first few years, the seeding committee showed them little to no respect.

But a funny thing has happened recently: They’ve gone from being under-seeded to being, if I’m honest with myself, over-seeded. They’ve built a reputation, and now they’re benefiting from it. That taught me something: You can rail against the ‘establishment’ all you want, but if you’re patient enough, eventually you’ll become part of the establishment too.

So Marcus Smart has been a responsible guy this year. By any measure, he’s lost his temper and said/done stuff he regrets less than in years previous. I mean, his comments while the team struggled during the middle stretch of the season were incredibly mature compared to what we might have seen even last year.

However, he’s still got a reputation as a hothead, and for whatever reason, the league decided that They Needed To Send A Message. So he gets a one game suspension for conduct that would probably get, oh, say, Giannis, a stern lecture from the league’s head of officiating.

And this should be a lesson for Jayson Tatum.

If he continues to develop as a high level player he will eventually get the same favorable whistle that other high level players get. That’s the way human beings work in almost every circumstance you can imagine: It’s why impartiality is something that we expect and perhaps even demand, but almost never see.

But here’s the thing: If Tatum gets a reputation as a whiner, he’s not going to get the same lax treatment that other stars get, and he’s getting dangerously close to having that reputation follow him around for years.

Page 2: Where the C’s probably won’t be at full strength tonight

The Celtics are so close to having a player-free injury report, but there was still one holdover Thursday. Kemba Walker was listed as doubtful because of his left oblique strain ahead of the 7:30 p.m. Friday game against the San Antonio Spurs.

If Walker sits, he will miss his third straight game because of the side strain, which he suffered in last Sunday’s loss to Charlotte. Celtics coach Brad Stevens said earlier this week Walker was going to be re-evaluated on Thursday because of the injury. While the doubtful designation isn’t great, it’s at least a step forward to Walker returning to the lineup.

The C’s injury report is starting to feel like the Konigsberg Bridge problem. In Kaliningrad, Russia, (formerly Konigsberg, Prussia), there used to be seven bridges that connect two islands in the Pregel River to each other and to each bank. The challenge is to cross all seven without crossing any of them twice.

No matter what route you take, you are going to end up with at least one bridge left.

And that’s what the C’s injury report feels like: No matter what, there’s always going to be at least one person on it.

I mean, this season basically serves us right for coming up with the term ‘hospital Celtics’ a few years ago. It’s as if life were determined to say, ‘you ain’t seen nothing yet.’

(and, by the way: Don’t waste time trying to disprove Euler’s proof that the problem cannot be solved—‘difficult to understand’ is not the same thing as ‘wrong’.)

The NBA can certainly look into this as well. The easiest way is to eliminate the corner 3 by just keeping the natural curvature of the arc and letting it connect to the sideline rather than going straight down into the corners.

This is an interesting idea… But I can’t stress to you how slowly the game changes, most of the time. In John’s article he talks about the impact that Wilt had on the game, and he’s right. In that instance the league reacted quickly. In fact all three of the league’s ‘fast’ changes to the court came about as a result of dominant centers (Mikan was the reason the lane expanded to twelve feet, Wilt was the reason the lane expanded to fifteen feet–a change that has not been made in the NCAA—and Shaq is the reason for the charge circle).

However, the three point shot took years to come about. The first use of a three point line was in 1945 (there had been talk of having three distinct scoring zones in the game, but organizers believed that scorekeepers wouldn’t be able to keep up). Its appearance was part of an “experimental” game between Fordham and Columbia. It didn’t appear in professional basketball until 1961, as part of the short-lived American Basketball League. The ABA adopted it, but it didn’t come to the NBA until 1979.

And the notion that the 3-point shot is more ‘profitable’ than most 2-point shots took a few more decades to take root.

Now we’re in a situation that is, aesthetically, not an ideal one.

The problem is that while few people like the abundance of threes being shot, almost everybody benefits from them.

That means there is little if any effective demand for change.

So, yeah, a change would be nice, but don’t hold your breath.