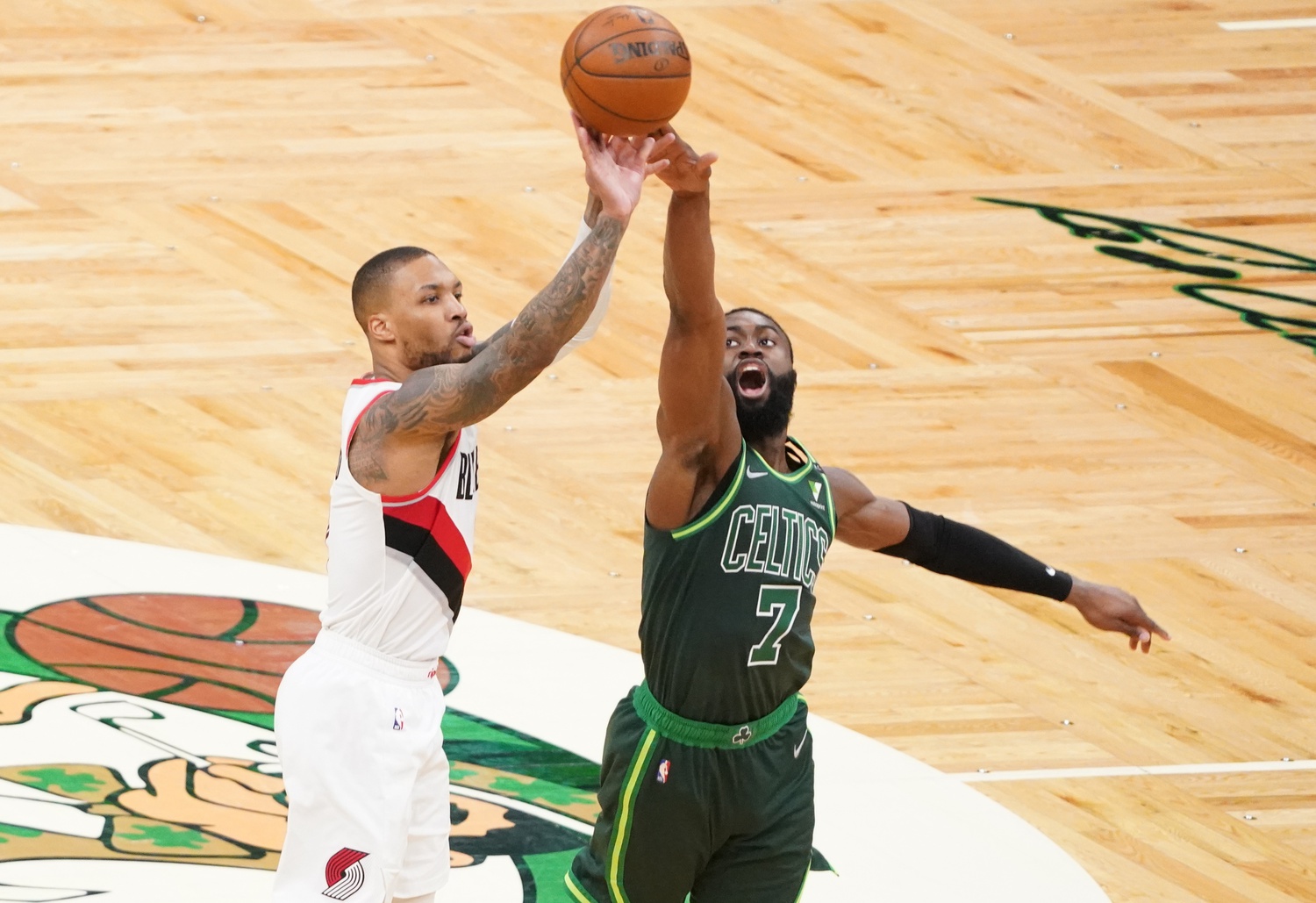 In a bleak 180 from the highs of Friday night, the Celtics dropped one to the Trail Blazers (129-119 Portland) and it was, arguably, not their fault, at least not in any decisive way. (We’ll get into mistakes they did make in tomorrow’s 5 thoughts.)

A Dame Lillard-driven surge kept the Blazers ahead by high single digits for the first half of Q1. The Cs got somewhat settled on defense after that, and Jaylen Brown and Evan Fournier got going offensively. But Portland at their best makes opponents bend to their run-and-gun style, ending the frame with a 34-32 lead. Q2 was better for Boston: The bench held their own (especially Nesmith) and Jayson Tatum drove as often as possible. For the Blazers, CJ McCollum and former Toronto swingman Norm Powell kept the fire up, so the squads were knotted at 71 after 24 minutes.

Unsurprisingly, the offensive pace slowed—somewhat—in the second half for both teams. Portland slowed down less, though, and had a more diverse attack; among Boston’s starting shotmakers, only Fournier maintained his delirious streak. But it remained close when Q3 ended, with Portland ahead by just 5. The Celtics had a critical potential advantage to start the 4th, with the Blazers rolling Carmelo Anthony and Enes Kanter out as the 4-5, and indeed made their offense drive-heavy. But two consecutive, absolutely incorrect goaltending calls when the Cs were just 1 down killed the momentum and reinvigorated the Blazers. Officiating slowed another Boston resurgence and sent Marcus Smart out of the game for a collision with Jusuf Nurkic. To really put the icing on this game’s s**t-cake, an attempt by Brown to steal an inbounds pass led to an accidental bump into Tatum. They both beelined to the locker room. Not what you want to see.

Rob Williams’s absence from the starting lineup had the fans (including me!) annoyed.

need rob (or nesmith? lol) to kick this shit into gear

Nesmith drilled a triple barely a minute after that. That Tatum guy was also, like, shooting pretty well:

A breakdown of some of why the defense got wack to end Q1:

Alternatively, look for one good shot and then play defense

Part of why this game went as it did is that the Celtics and Blazers have often sort of been each others’ mirror image.

Celtics-Blazers has been as advertised so far: 23 points for Dame Lillard and CJ McCollum, and 19 points for Jayson Tatum and Jaylen Brown. All tied up at 41 early in the second.

Langford, who hadn’t played in a while, had his fair share of good moments in this one:

Here goes Tatum again. 19 points through about the 17 minute mark.

This is like watching an All-Star Game and it rules

#Celtics have #Blazers have combined for 107 points with 7:15 left in the 2Q. Get your popcorn.

The Celtics bench (Nesmith, Williams, Langford, Pritchard) is 7-for-7 from the floor.

People were especially happy to see Fournier have gotten his shot back:

Fournier got all his missed shots out the way. Pro move

Although the third quarter wasn’t so great for the Cs, it had its moments:

Nesmith with the put back. Mega motor pic.twitter.com/aQeu6f0SAY

Pritchard, Nesmith and Fournier are a combined 15 for 16 overall and 10 for 11 from three.

We were also reminded of this Celtics team’s lack of frontcourt depth:

This Smart pass was a fuckin heater pic.twitter.com/sReV2tNaEn

NO BASKET ON TWO STRAIGHT PLAYS?

Yeah. But why couldn’t the Celtics challenge? At least from here, looked like Stevens signaled for a timeout so he could, but they didn’t give it to him. https://t.co/miDKSRgN9B

Concussions only make Marcus stronger you fools. you absolute pieces of dogshit. pic.twitter.com/5QXqnM2WyZ

The Celtics still might have lost, but that game deserved a better ending than what we got. This was an awesome game and it got derailed by the reviews.

Enough of that, let’s end this with a handful of positive things from the final quarter.

Fournier with the clamps 🔒 easy finish for Tatum on the other end#Celtics Rewind presented by @tmobile pic.twitter.com/reAtZAjToS 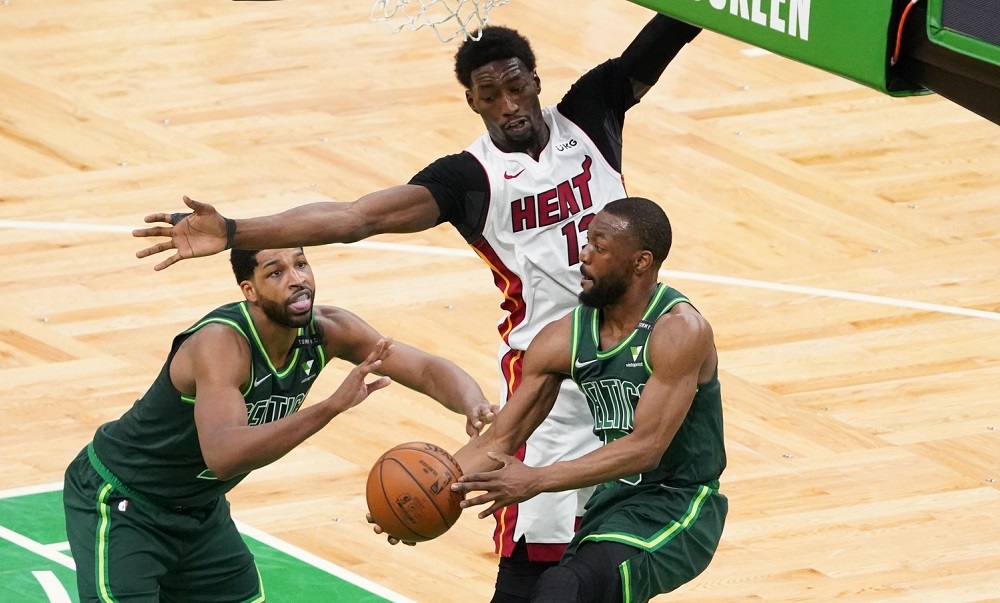 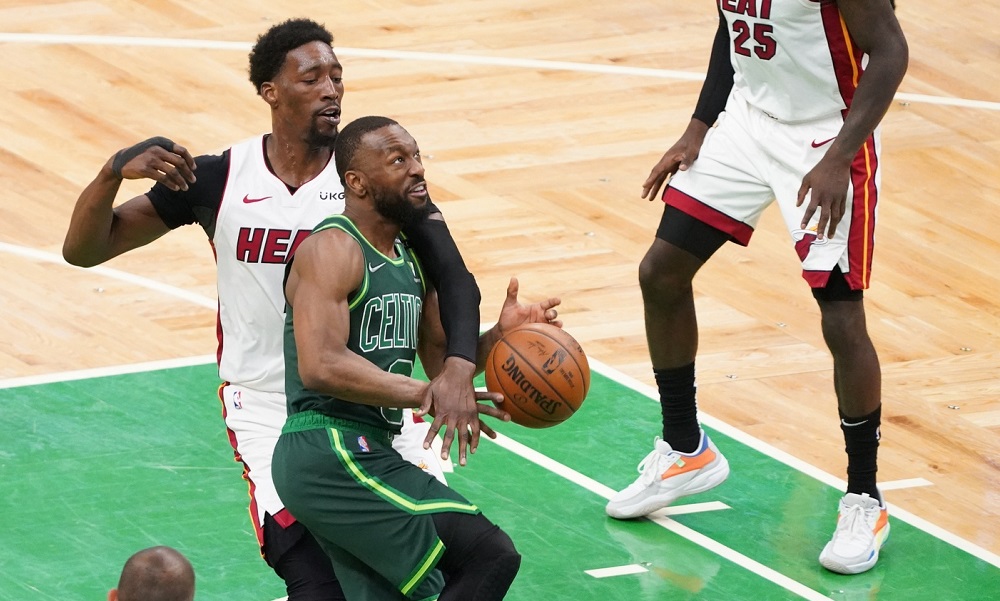 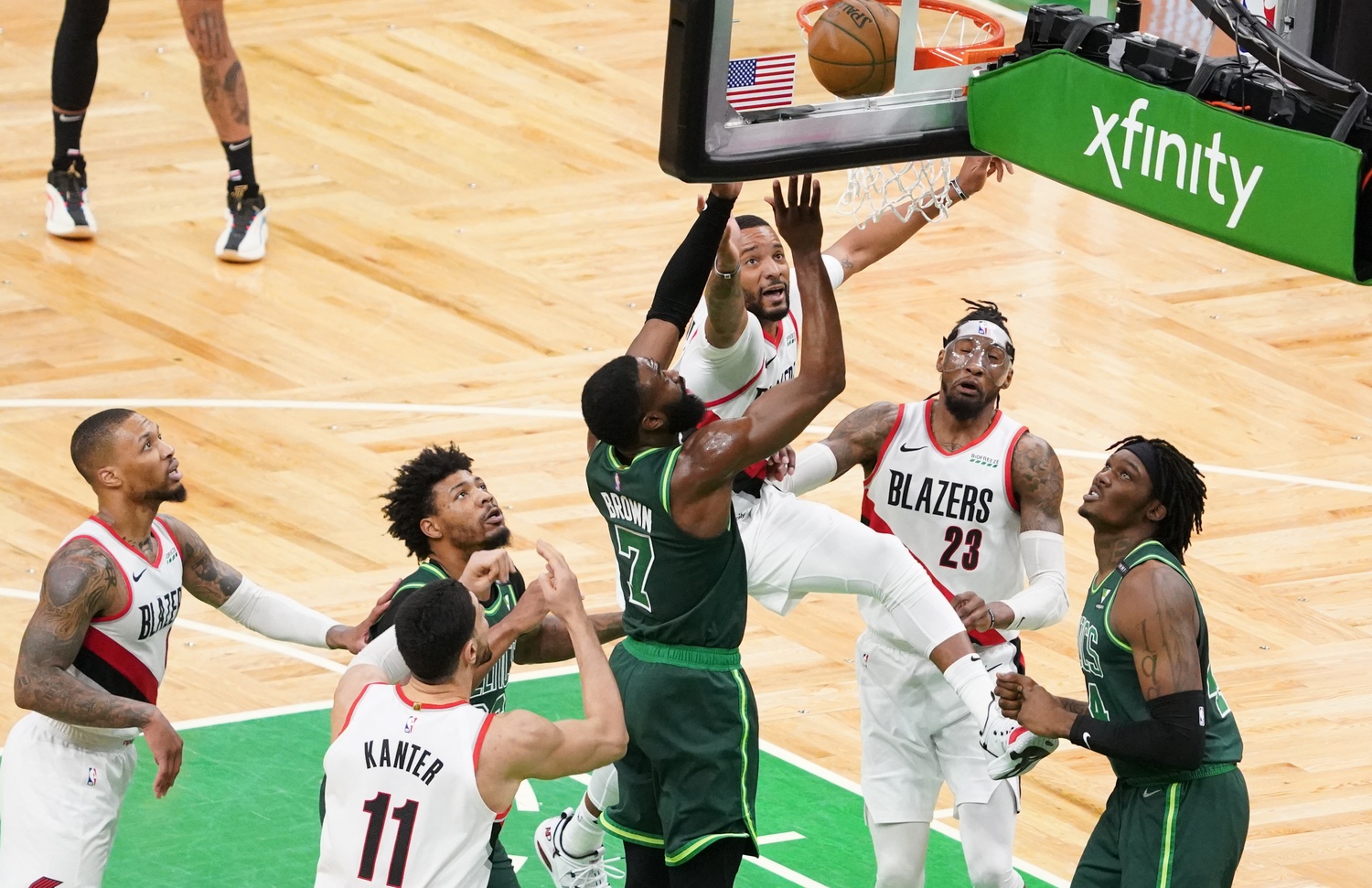