In N’ Out of the NBA Playoffs: So Last Season? 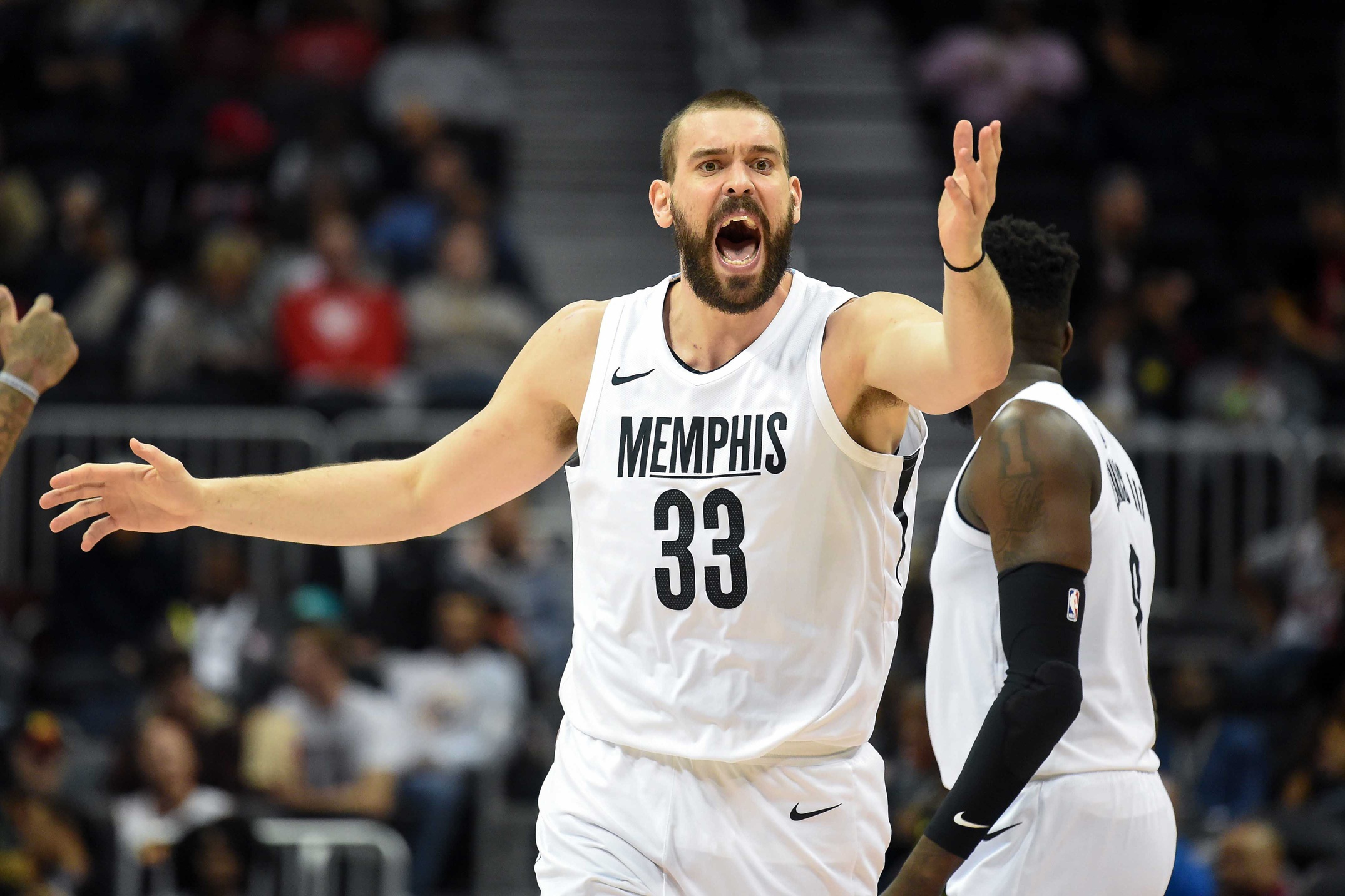 We the people at The Lottery Mafia recently rolled out our Powerless Rankings: Offseason Wrap-up edition, as well as an article focusing on the 10 teams that have missed out on the playoffs at least two years in a row. This piece will take a look at the eight franchises that made the playoffs last year, but not the year before, or vice-versa. What can we expect from the Grizzlies, Hawks, Bulls and Clippers, who reached the postseason in 2016-17 (but not 2017-18)? And what can we expect from the 76ers, Timberwolves, Pelicans and Heat, who made the playoffs in 2017-18 (but not 2016-17)? Will they continue trending in the same direction, or return to their old ways?

Memphis fell farther (in terms of overall record, 21 games) than anyone else on this list, and their seven-year streak of reaching the playoffs went up in flames. An early season-ending injury to Mike Conley spelled doom for the Grizzlies, who fired head coach David Fizdale almost immediately thereafter. Entering 2018-19, Grit N’ Grind is about to be reborn, mostly thanks to the addition of 2019 fourth overall pick Jaren Jackson Jr., who brings the best of both worlds in terms of eventually transitioning Memphis into the modern era once Marc Gasol retires, while maintaining all that was good about GNG. The Grizzlies defense, led by the twin towers, should be something fierce. I’m not a gambler, but if I were, this is probably the easiest over league-wide.

Atlanta plummeted almost as far as Memphis did, but the Hawks were expected to fall back into the lottery after losing Al Horford, Paul Millsap and Jeff Teague via free agency over the past two summers. Nevertheless, Atlanta’s 10-year streak of qualifying for the playoffs ended, and we can expect them to join the class of repeat losers by season’s end. 2018-19 is all about Trae Young, Taurean Prince, John Collins and the rest of the youth.

Despite drafting one of the best defensive (and overall) big men in the class in Wendell Carter Jr., the Chicago Bulls will be giving us a bunch of olé bullshit. The point guard (Kris Dunn) and center (Carter/Robin Lopez) can’t do it all on that front. Outside of Justin Holiday, who else can be counted on to play a lick of defense on this team? Jabari Parker may be correct in saying that NBA players aren’t paid to play defense, but teams that don’t lock in on that end don’t do much winning, plain and simple.

No disrespect intended, but 35.5 seems a bit high for my taste. There may not be as big a difference between DeAndre Jordan and Marcin Gortat as the general public believes. Nevertheless, given that the Western Conference is even better than it was last year, there’s very little reason to think the lesser Los Angeles club is going to approach .500 (or a playoff berth). I just don’t see the logic in forecasting more wins for the Clippers than the Grizzlies.

Of these four teams that made the playoffs last year but missed out the year before, the Sixers are the most obvious bet to return to the postseason in 2018-19. As long as Joel Embiid or Ben Simmons are healthy, this team is essentially guaranteed to advance beyond the regular season. The East obviously got weaker, and despite the unfortunate injury to Zhaire Smith, the Sixers still boast more wing depth than they did last year. The real question is how much better will they be this year than they were last year?

The Timberwolves needed an overtime on the final night of the regular season to clinch their spot in the playoffs last year. It broke their 13-year streak of no playoff appearances, dating back to Kevin Garnett’s heyday. Vegas is projecting the Timberwolves to finish eighth, same as last year, so apparently NBA Twitter isn’t the only place freaking out over the disconnect between Jimmy Butler and the young duo of Karl-Anthony Towns and Andrew Wiggins. If they miss the playoffs, they can wave goodbye to Butler.

The Pelicans exceeded expectations this past season, with First-Team All-Defenders Anthony Davis and Jrue Holiday leading the franchise to its first playoff series win in a decade (2007-08). Back then Byron Scott was Coach of the Year, the Pelicans were still the Hornets, and Chris Paul was the boss of Bourbon Street. It was their first year back in New Orleans full-time after playing most of their home games in Oklahoma City in each of the previous two seasons. It’s understandable that the Pelicans are expected to win fewer games this season in the improved Western Conference. But it’s a tad bit baffling to see Denver, who finished ninth, favored by two wins (47.5) and OKC, who lost to Utah in the first round, favored by five wins (50.5).

Miami is the most mediocre of this bunch, a boring but reliable team with decent depth, an excellent coach (Erik Spoelstra) and pretty good chemistry. Things could go south for the southern-most team on the NBA map depending on a couple variables. Goran Dragic (32) isn’t getting any younger. Hassan Whiteside won’t take kindly to Kelly Olynyk and Bam Adebayo eating up most of the minutes at center (if it happens). And Dwyane Wade may still choose to retire. The Eastern Conference is weak enough that there’s not a lot of cause for concern in terms of the Heat making the playoffs. But with their 2021 first round pick in possession of Philly, an unexpected free-fall in the standings wouldn’t be the worst outcome in 2018-19.