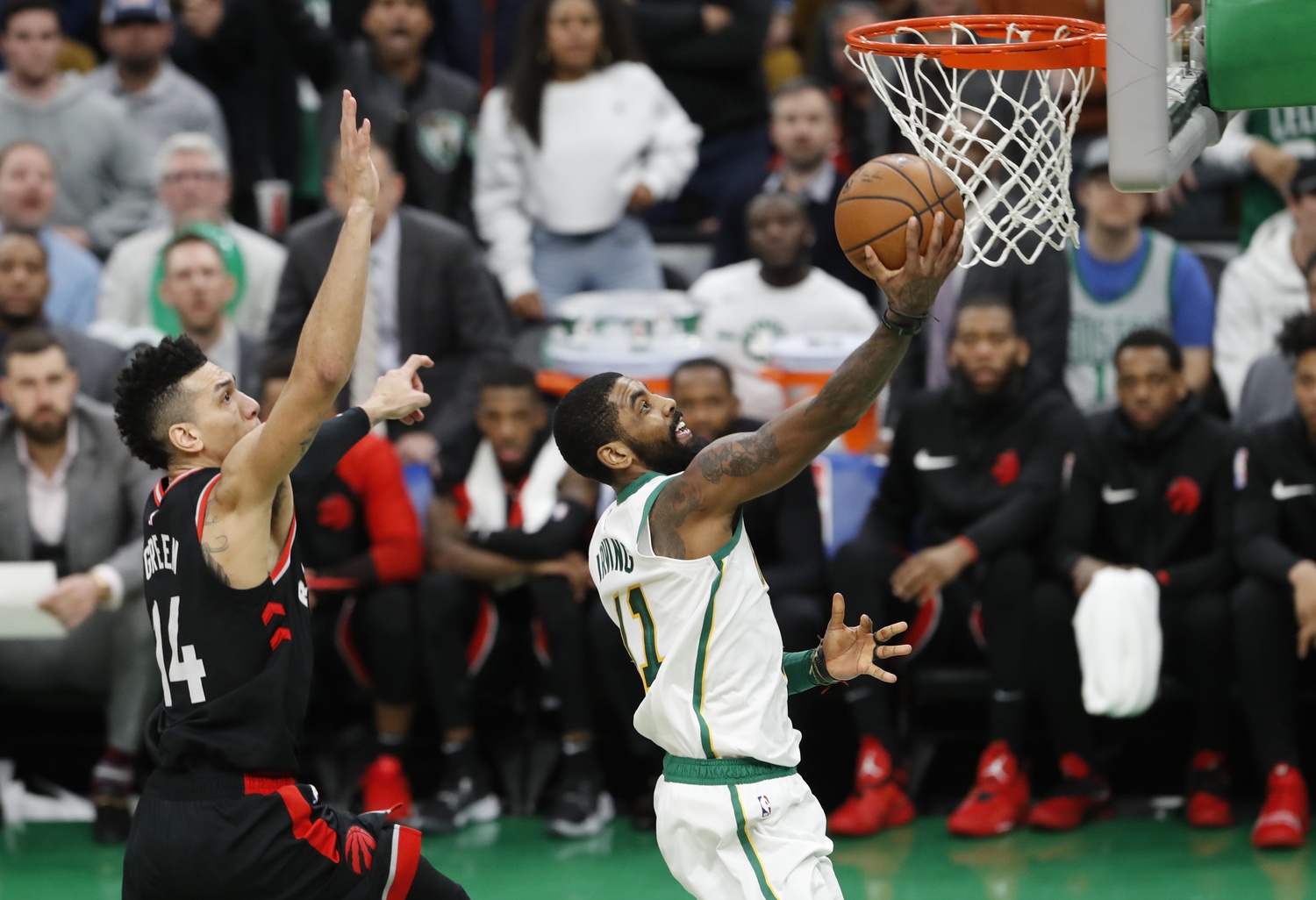 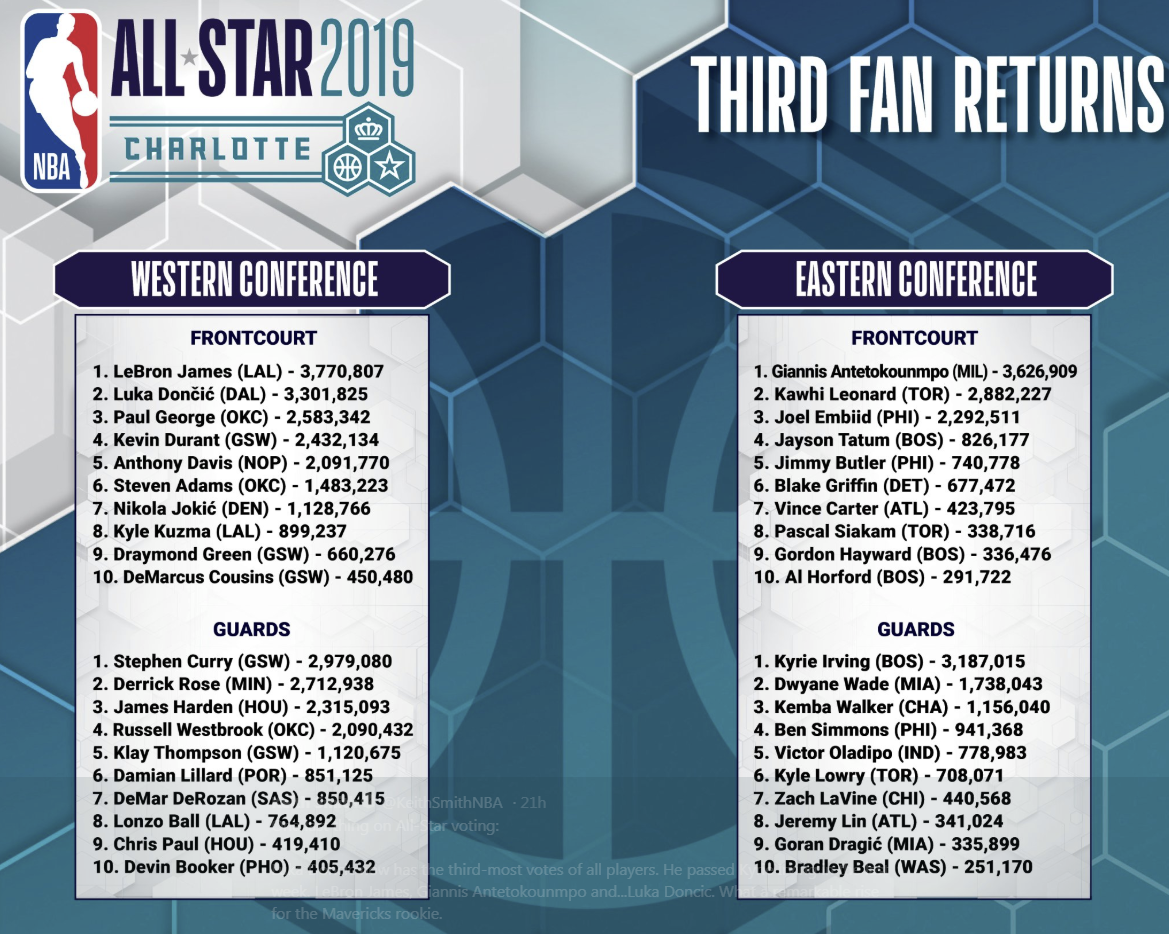 With fan voting nearly complete (Jan 21), it appears Giannis will hold off Kyrie for the top spot in the East.

It’s a combination of fans (50%), players (25%) and media (25%.) who select the ten starters. The coaches select the 12 reserves. The captains (I assume its the top vote-getter from each conference) will select their teams during a televised draft on TNT.

I doubt Tatum makes the cut as a reserve.

The West’s popularity really shows through in the voting. The West has 12 players with more than one million votes where the East only has 6.

FYI – FanCred has invited me to participate in its new 4th Quarter Live broadcast of select Celtics games. We (so far I’ve partnered with 98.5’s Adam Jones and WBZ’s Adam Kaufman) react to the game action, respond to comments and bring fans on the show face to face from their phones.

Here’s a segment from the Toronto game where Kaufman and I discuss the Celtics depth: