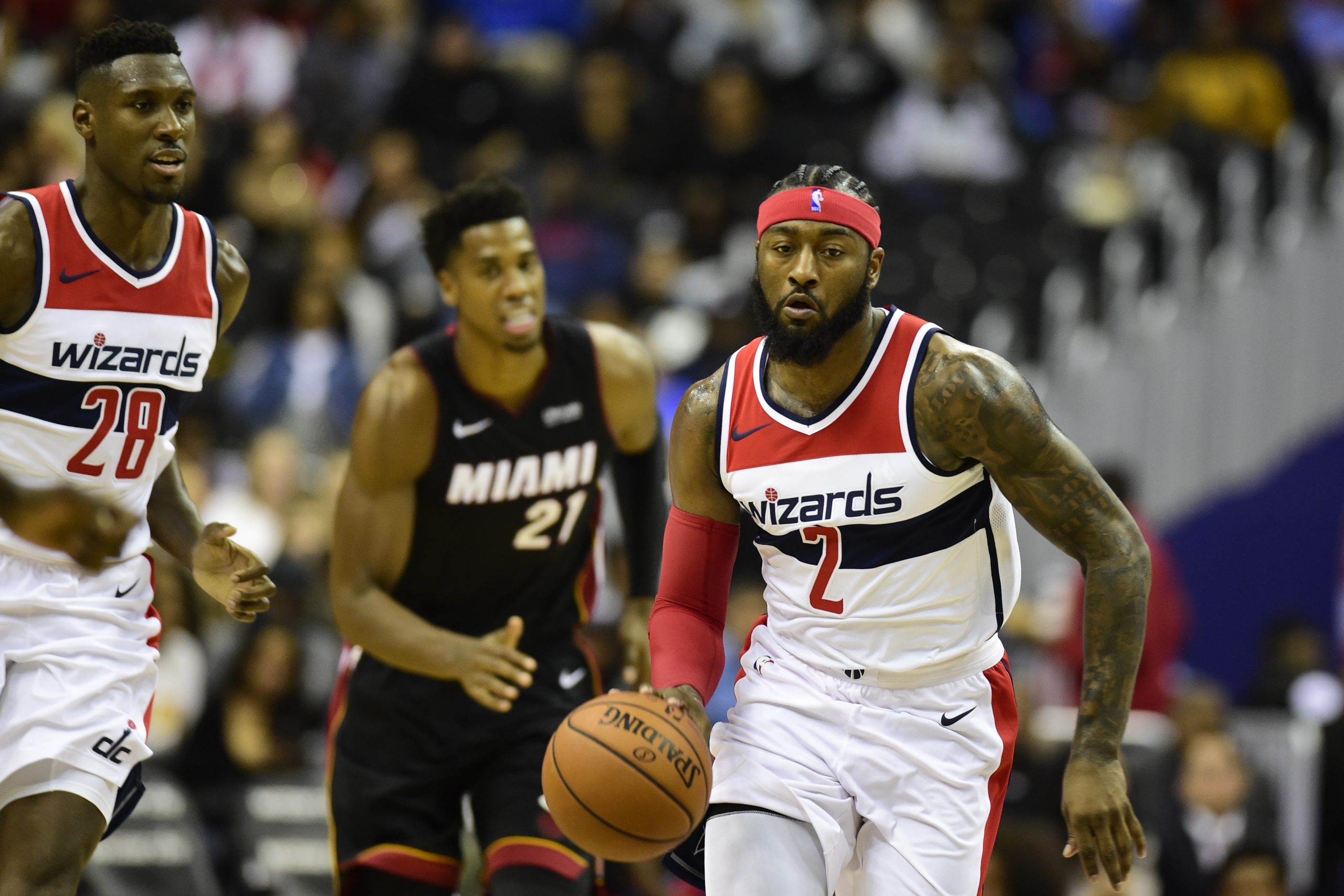 The Washington Wizards will open the regular season in less than two weeks against the Miami Heat who were their opponents in the second preseason game on Friday night. Scott Brooks did not put too much stock in how the starters played against Miami to forecast their opening night performance, which was further emphasized with the Heat having eight rotation players out with injuries. The Washington starters played more than 20 minutes and into the third quarter. They showed flashes of how good they could be offensively, but also had lapses that need to be nipped in the butt. With Miami relying on deep reserves late, the Washington youngsters were able to close out a victory for the home team.

Despite being the second best three-point shooting team last season at 37.8 percent, only behind the Golden State Warriors at 39.1 percent, Washington was 23rd in the NBA in three-pointers attempted at just 26.1 per game. Brooks has stressed taking more three-pointers in years past but never to this degree. Everyone is shooting threes from Dwight Howard to Ian Mahinmi. In the preseason opener, the Wizards launched 38 from deep, but only made eight. On Friday against Miami, the home team was 12-for-39 (30.8 percent) from beyond the arc. Austin Rivers was one of the players struggling from deep, starting 0-for-4, but was finally able to knock down his first shot of the night and let out a sigh of relief while looking to the rafters. Although Brooks wants Bradley Beal and Otto Porter Jr. attempting more threes a game, his main priority is eliminating long twos early in the shot clock and not passing up open threes.

“I just want good threes,” Brooks said. “I’m not just saying jack up threes just for the sake of us become top 10 or top five in the league in attempts.  We want good shots. The things that we are focusing on, the quick long twos, our percentages aren’t good. So keep moving the basketball and find a better shot. And not pass up threes. And if that leads up to 38 threes great, and if it leads up to 29 threes great. We just need to not pass up threes and take those quick long twos.”

“We all gotta get our legs up under us even more,” Beal said. “It’s not going to be easy, especially when you are playing your regular minutes. Coach is working us back into the groove a little bit more. You just gotta shoot them and shoot them with confidence. Everybody always says ‘next shot, next shot,’ so it was next shot, not even just for me, but for everybody. I think we have that motto it just creates a great atmosphere for everybody and creates confidence for everybody. We are confident in the next man, believe in the next man to be able step up and knock down a shot or make the best play available for the team. We just got to continue to pound it in practice and continue to drill it and stick to it because it works. Don’t knock it until we fail at it, I guess.”

It is unimaginable that the center will ever be worth the exorbitant four-year, $64 million contract he was gifted during the irresponsible summer of 2016. The reason the deal was absolutely ludicrous was Mahinmi’s inability to stay on the floor due to injury and even contribute reasonably as a backup. For the first time with Washington, Mahinmi enters the season not rehabbing an injury and had a full summer to train, which has led to his best shape in years. With Dwight Howard continuing to deal with a back injury that has kept him out for the last two-plus weeks (he will not play against New York on Monday but is planning to travel with the team), Mahinmi had 11 points on 3-for-4 shooting, four rebounds, two steals, and two blocks in 24 minutes as a starter. Should it be necessary, the French native could fill in decently for Howard to begin the regular season. The former NBA champion is not worried about if he will need to start right now, taking it game by game, as his “it’s never about me” mentality will make him available for whatever is needed. His self-proclaimed “nothing crazy, nothing fancy” style of play makes adjusting from the first or second unit simple.

“(Being healthy) is critical for all players,” Brooks diagnosed. “We’ve had some unfortunate injuries to start a season, Markieff [Morris], John [Wall], Ian [Mahinmi]. But everyone has been healthy all summer long, so that’s a big positive. With Ian he’s moving his best he’s moved since he’s been here. We need him to continue to do that. He’s working on his game. Like I said the other night, he’s working on his threes. This last season he really put a lot of focus on making his free throws and I think he got up to 70 or 71 percent, something like that. So that’s what you want from your players. No matter how old you are in this league, you still have to work on your game to improve. Sometimes there are small improvements, sometimes there are bigger jumps. They even closed out hard on him at a corner three attempt. The league is worried about his three-point shooting.”

As with Tomas Satoransky, I think it is inefficient to play Wall anywhere but point guard because that is where he excels the most (and he is still not a great three-point shooter). Brooks is experimenting with taking some of the pressure off of his five-time All-Star though. Whether it is Beal, Rivers, or even Otto Porter handling the ball instead, Wall is not the primary ball handler on some possessions. The ball will probably still be in Wall’s hands 90 percent of the time come the regular season but Washington is certainly trying to get creative with their offense in hopes of pushing the pace.

“I liked tonight in that third quarter, even I forgot a couple of times, I wanted him to play off the ball and the first three or four or five minutes,” Brooks explained. “Otto [Porter] was running the point and then after that Brad [Beal] was running the point. So I’m trying to get him to expand his game and trying to challenge him to be more of a playmaker on the catch instead of on the dribble. I think he can be really good at that. He’s not real sure about that yet but we need to continue to give him reps at that position.”

“I’m fine with that,” Wall said about playing off ball. “There’s just different ways where teams can’t load up on me all the time. Most of the time I’m getting the ball in transition or pick and rolls. But nine times out of 10 the ball’s going to end up back in my hands. It just gives these guys the opportunity to get more comfortable with the ball and push the ball. One time Otto [Porter] had a fast break and I got in the lane, he threw it to me, I had a lay-up — I just missed it. I’m just trying to find ways to score so the other team can’t load up on me every time.”

That said, Brooks gushed about Wall’s ridiculous passing ability. “Like I said many times over the last two years, John [Wall] is one of the fastest, if not the fastest guy, and he can see all nine guys on the floor and he can make quick decisions. He can go into the paint and there is no way he can make the pass out to a wide-open corner three but he does it time and time again. He just has that uncanny knack. There are only a few players in the league that can do that. We like that, and we never are going to take that away because his speed is powerful. It’s intimidating and it can really frustrate a team.”

Next Game: Washington will travel to Madison Square Garden for a re-match with the New York Knicks on Monday. It will be interesting to see if any sparks fly between Markieff Morris and ‘stupid ass rookie’ Mitchell Robinson after a fiery preseason opener last Monday. 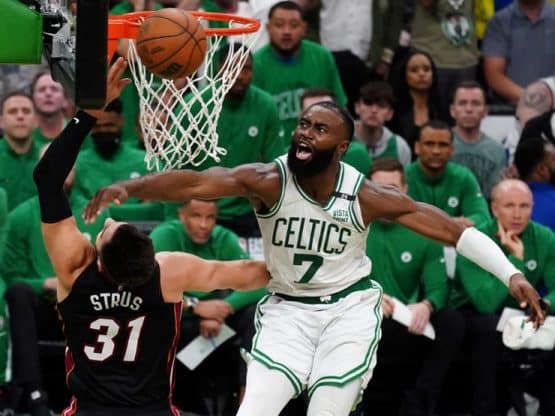 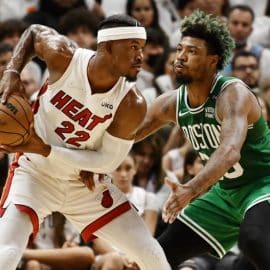