The Steelers are in a bad place right now. They're 0-4, and while they're only two games back in the AFC North (Cleveland is tied for first, what), the way this team has played so far, from the players to the coaches, says that they don't belong in the conversation this year. Mike Tomlin has made his thoughts relatively clear. Who knows where we go from here, heading into the bye. But if you're so inclined, this post contains the game recap and several references to The Clash, because they rule. 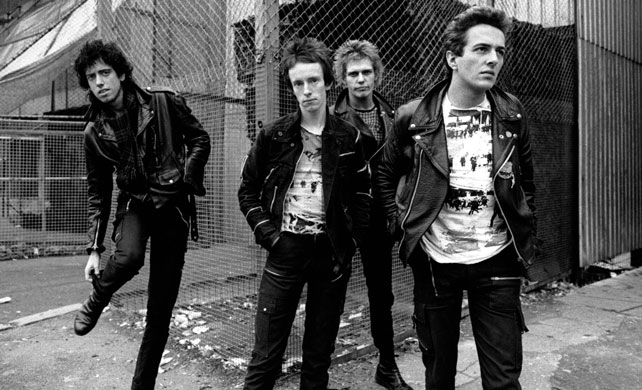 The Vikings get the ball first and Matt Cassel comes out on offense. You know, this guy.
Cassel promptly directs the offense down into the red zone with the aid of a few defensive penalties. He lofts a ball into the end zone for Cordarrelle Patterson, but it lands perfectly in Ike Taylor's arms. Patterson gets behind him and smacks the ball out of his hands to prevent the interception. Blair Walsh puts the Vikings on the board, 3-0.
Felix Jones returns the ensuing kickoff to the 20. Big Ben pun counter: 2
Le'Veon Bell and Markus Wheaton start on offense. The first play is a familiar script: Someone is unblocked, Ben shakes him, buys a few seconds and hits Heath Miller coming across the field. Wheaton shows some patience and lets blocking develop for him on a screen pass for the first down. Bell's first regular season carry goes for a single yard.
Ben dodges defenders and airs a ball out for Wheaton down the sideline. Wheaton's open, but the pass lands ten yards out of bounds. Zoltan Mesko punts it away. [Vikings' PR] is noncommital about signaling for a fair catch, but he runs with the ball. The refs don't give him the benefit of the doubt and nail his for an iffy invalid fair catch penalty.
Greg Jennings shakes and bakes and outruns everyone 70 yards to the end zone. 10-0.

Felix Jones offers up a slightly better return and the offense starts from the 25.
CBS busts out a montage of Ben Roethlisberger being in London to The Clash's London Calling. 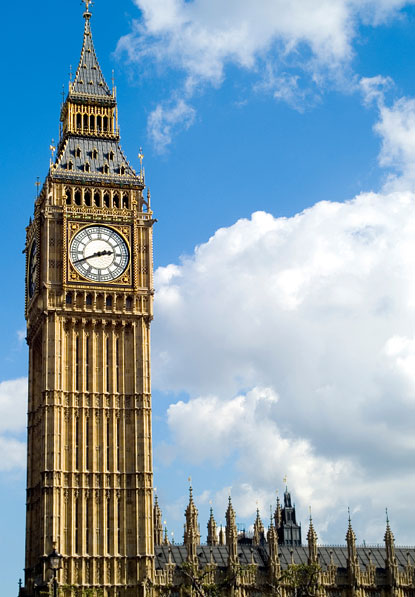 Big Ben pun counter: 3
Then the broadcast compares Ben Roethlisberger to a giant clock, complete with comparative stat sheets. Big Ben pun counter: 4 You know they were waiting all week for that.
Ben fires downfield for Emmanuel Sanders. He's covered, but the throw is perfect for 36 yards. David Johnson pulls the Steelers into the red zone. Our referee, Clete Blakeman, delays the next play for some reason.

That's seriously his name.
Le'Veon Bell gets a carry and bounces it outside. He outruns everyone around the end and dives into the end zone.

That's what we've been waiting for. 10-7.
The Vikings get the ball back and Jeff Locke immediately punts.

Again, not this Jeff Locke.
The Steelers return the favor. Ike Taylor drops an interception, what else is new?

A non-punt finally happens, unfortunately it's Adrian Peterson breaking through the defense for a yard touchdown. Putting out the amber alert for the Steelers' secondary on that play. 17-7.
Ramon Foster steps to the sideline with an apparent injury. Jared Allen undresses Mike Adams and brings Ben down. It's long past time to have Heath Miller babysit him on the end of the line. Ben hits Antonio Brown a few times for first downs. Heath Miller gets open down the middle of the field and draws a personal foul for a shot to the head.

Would've been a nice call in like 2011, or whenever that was, jerks.
Brown and Miller combine for some first downs and Ben takes a time out in the red zone. Bell converts a 3rd & 1 up the middle. Jared Allen topples Ben again.

It was pretty much a given he was going to have a huge game going against Mike Adams.
Jarvis Jones almost gets the Steelers' first turnover of the season, but the ball fumbles through a lot of arms and the Vikings recover it for a first down. The clocks ticks inside two minutes, both offenses pick up the pace, and Shaun Suisham and Blair Walsh trade field goals.
The Steelers get the ball back with about 40 seconds left, but some befuddling clock management and the fact that the Steelers will start the second half on offense means no last-minute scoring drive. Going into the half, the Vikings lead 20-10.

In lieu of making fun of a commercial, this halftime segment is dedicated to the passing of former defensive lineman and original Steel Curtain member, LC Greenwood. He died of natural causes, confirmed during this broadcast. Joe Greene is the last living member of that defensive line.

Le'Veon Bell plunges ahead for a few yards. [link to onion article, both teams satisfied etc] Jerricho Cotchery moves ahead of the sticks and Ben puts a ball in his numbers. Antonio Brown draws pass interference at the goal line. Le'Veon Bell plunges to within inches, and finishes off the drive with a tough dive into the teeth of the Vikings' defense. 20-17.

"Big Ben to Bell. Fitting in London."
I hate you. Big Ben pun counter: 5
Cortez Allen whiffs on a tackle and Patterson picks up a first down on a screen. Kyle Rudolph takes some penalty. Cassel finds Jerome Simpson for a massive 51 yard gain on 2nd down, then Peterson drives his legs for another 8. He flies up the middle and into the end zone after that. 27-17.

Sometimes you just let special players do their thing.
Ben answers with a badly thrown pass that hits Chad Greenway in the numbers for a pick. LaMarr Woodley doesn't help matters with a personal foul. Greg Jennings caps off the drive. 34-17.
Bell turns a quick pass into a big gain and even turns a run into the back of his inept offensive line into a three yard gain. Chad Greenway drives Ben backwards for a hefty sack. Zoltan Mesko heads back out to get rid of the ball.
Who cares if the Steelers are bad, there's a bad lip reading commercial!
The defense finally makes a third down stop on Adrian Peterson. The Pirates' Jeff Locke may be shut down for the year, but the Vikings' punter is still seeing a little bit of action. A little bit. The Steelers, as usual, wait until the game is about out of hand to start running the no-huddle. Back-to-back first downs by Sanders and Miller end the third.

Le'Veon Bell gets his foot checked out on the sideline.

Duce Staley watch is on.
Jerricho Cotchery gets stacked up over the middle and draws a personal foul when a few extra guys dive on him. Markus Wheaton gets back into the game with a tough catch over his head across the middle. Le'Veon Bell checks back in. Ben hits Cotchery at the goal line. Cotchery scores, but Ben whacks his hand on someone on the follow-through. 34-24.
Cordarrelle Patterson makes some guys miss on the kick return, but Shamarko Thomas brings him down. The Vikings put together like three or four straight first downs, but eventually work themselves into a 4th & short situation. They line up to go for it, but call a timeout and bring out the field goal unit. Walsh pushes it wide to the left. 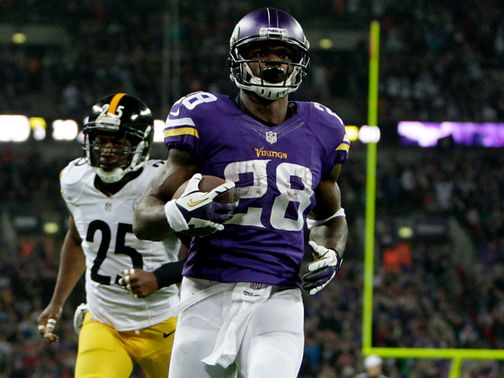 If this guy is on your team, 4th & short shouldn't exist.
Ben makes a nice play to fake like he's going to run the ball. He tucks the ball in and draws in a linebacker, and immediately pulls it back out and fires over his head to Jerricho Cotchery. There's looking off defenders with your eyes, and Ben does that with his whole body.
The Steelers approach the red zone and Ben buys a little bit of time. Heath Miller hauls in the pass ahead of the sticks. The drive falls apart after that, but Shaun Suisham pulls them within a 7 points with a short field goal.
The 2008 Steelers would get a huge sack and fumble on this Vikings drive. Instead, the Vikings use up three plays and a chunk of the clock to get a first down. The two-minute warning strikes and Kyle Farnsworth takes the mound in the bottom of the ninth for the Pirates.
The Steelers burn all their timeouts to get the ball back with 1:43 left, trailing by seven at their own 22. Jerricho Cotchery makes a great reception and churns out 36 yards down the sideline. Xavier Rhodes went for the pick and missed. Ben hits Brown over the middle and the offense hurries up to spike the ball. Heath Miller picks up a couple of yards and gets out of bounds. Brown picks up another first down and the ball is spiked again.
Ben gets destroyed and fumbles the ball. The Vikings fall on it.
0-4.
-The offensive line never plays as badly in the second half. Mike Adams though, yikes.
-Le'Veon Bell would be really fun to watch if anyone could block at all.
-Yeah, the Vikings maybe got away with an iffy hit on Ben right at the end there. That is so, so far from the reason they lost.
Everything that matters in Pittsburgh right now is that the Bucs play the Reds on Tuesday night.