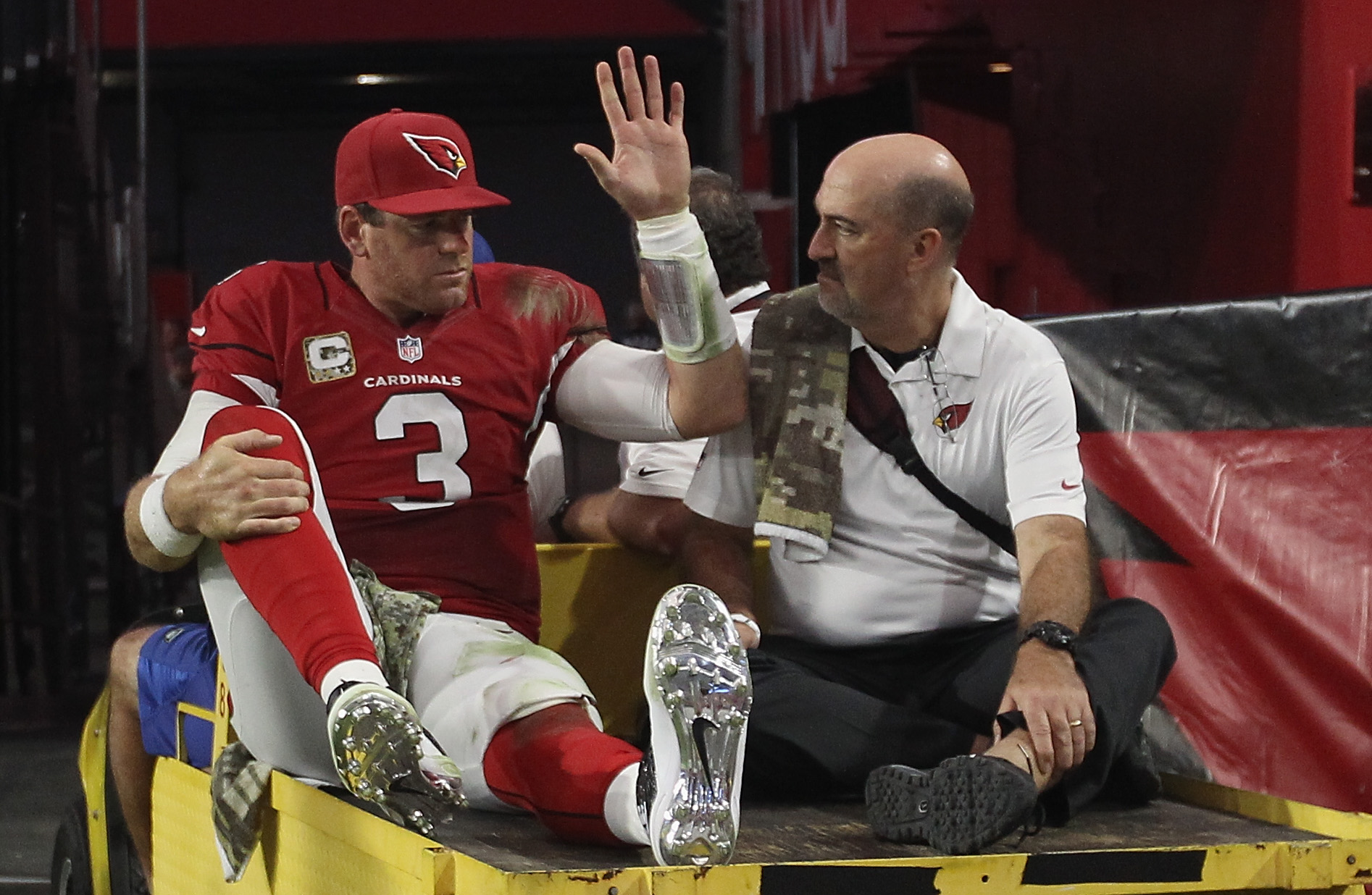 Whether or not Palmer clears the protocol is not up to Arians, but he’s apparently making an educated guess based on what he knows. Palmer, who suffered a concussion in a home loss to the Rams in Week 4, must by symptom-free before practicing.

The Cardinals (2-3) won 33-21 at San Francisco last Thursday with Drew Stanton at quarterback. But eventually they’ll need the Palmer who threw 35 touchdown passes last season and not the one who’s thrown five interceptions in four games this season.

Palmer will have an extra day to get healthy this week. The Cardinals host the Jets (1-4) on Monday Night Football in the first meeting between the teams since former Cardinals defensive coordinator Todd Bowles became the Jets head coach in 2015.