Alex Smith leaves game vs. Colts after hit to the head 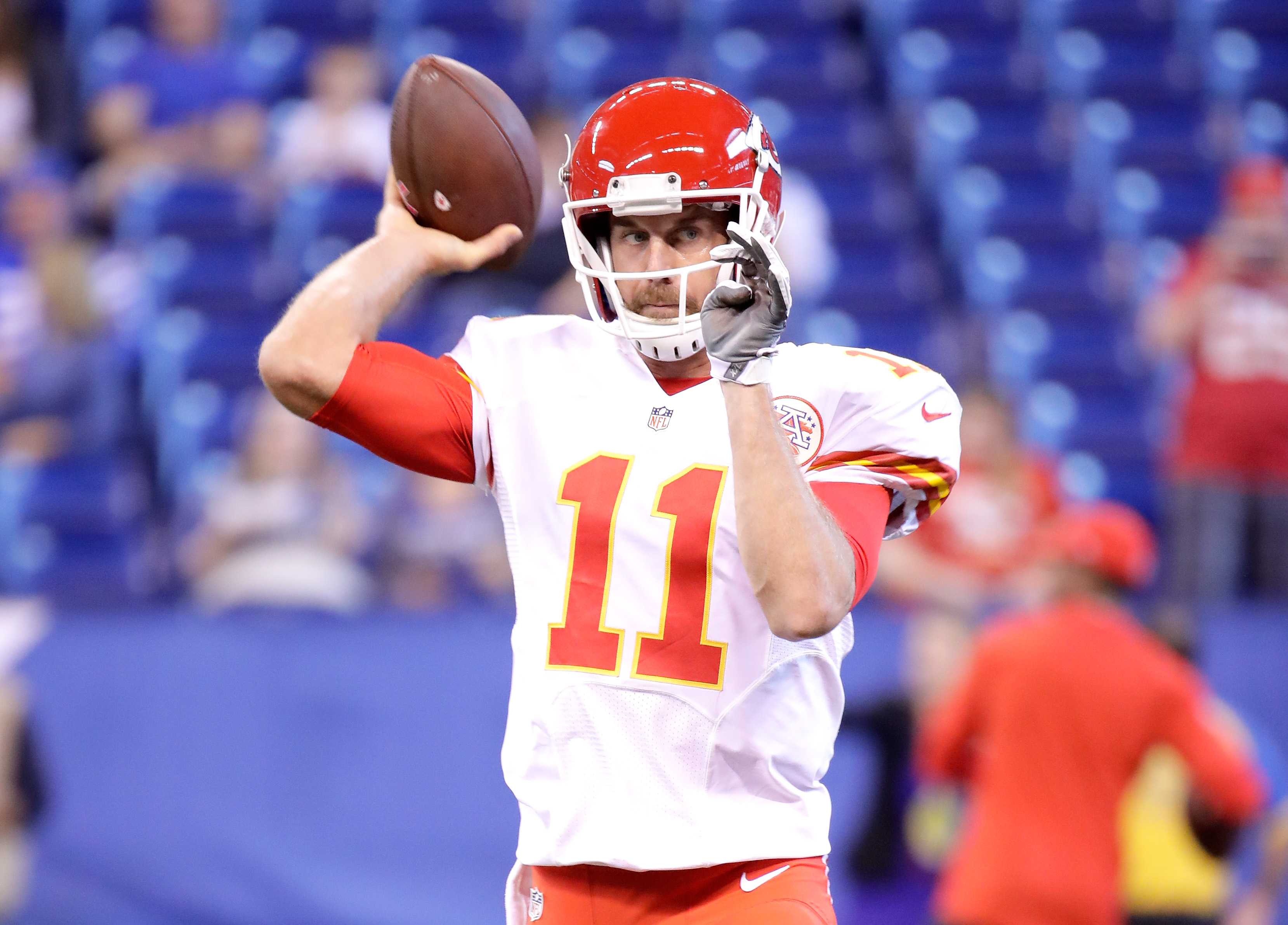 Alex Smith leaves game vs. Colts after hit to the head

Smith had the Chiefs off to a predictably nice start against the miserable Colts defense, but slid to avoid a sack and seemed to have his helmet bounce off the turf after a hit from Edwin Jackson.

Though he walked off under his own power, Smith was wobbly and went right into the locker room:

Foles throws incomplete on 3rd and 3, Chiefs kick a field goal. Alex Smith being taken to the locker room with training staff.

Alex Smith got drilled and got up wobbly. #chiefs #colts https://t.co/iokVmtrIxz

Some questioned the hit by Jackson:

Surprised Edwin Jackson wasn't flagged for hit on Smith. It was bang-bang & clearly not malicious. But a late slide is still a slide.

Smith had been having a strong season for the 4-2 Chiefs, sitting on a 67.8 completion percentage with seven touchdowns to two interceptions.

Andy Reid’s offense now rests in the hands of Nick Foles, a journeyman backup with 53 touchdowns on his career.

The silver lining? Now was a good time for the Chiefs to suffer any notable injuries. This week it’s the Colts, then iffy Jacksonville, Carolina and Tampa Bay teams. Foles can likely lean on one of the league’s best rushing attacks and find success until Smith can return.

Smith returned to the game after clearing concussion protocol.