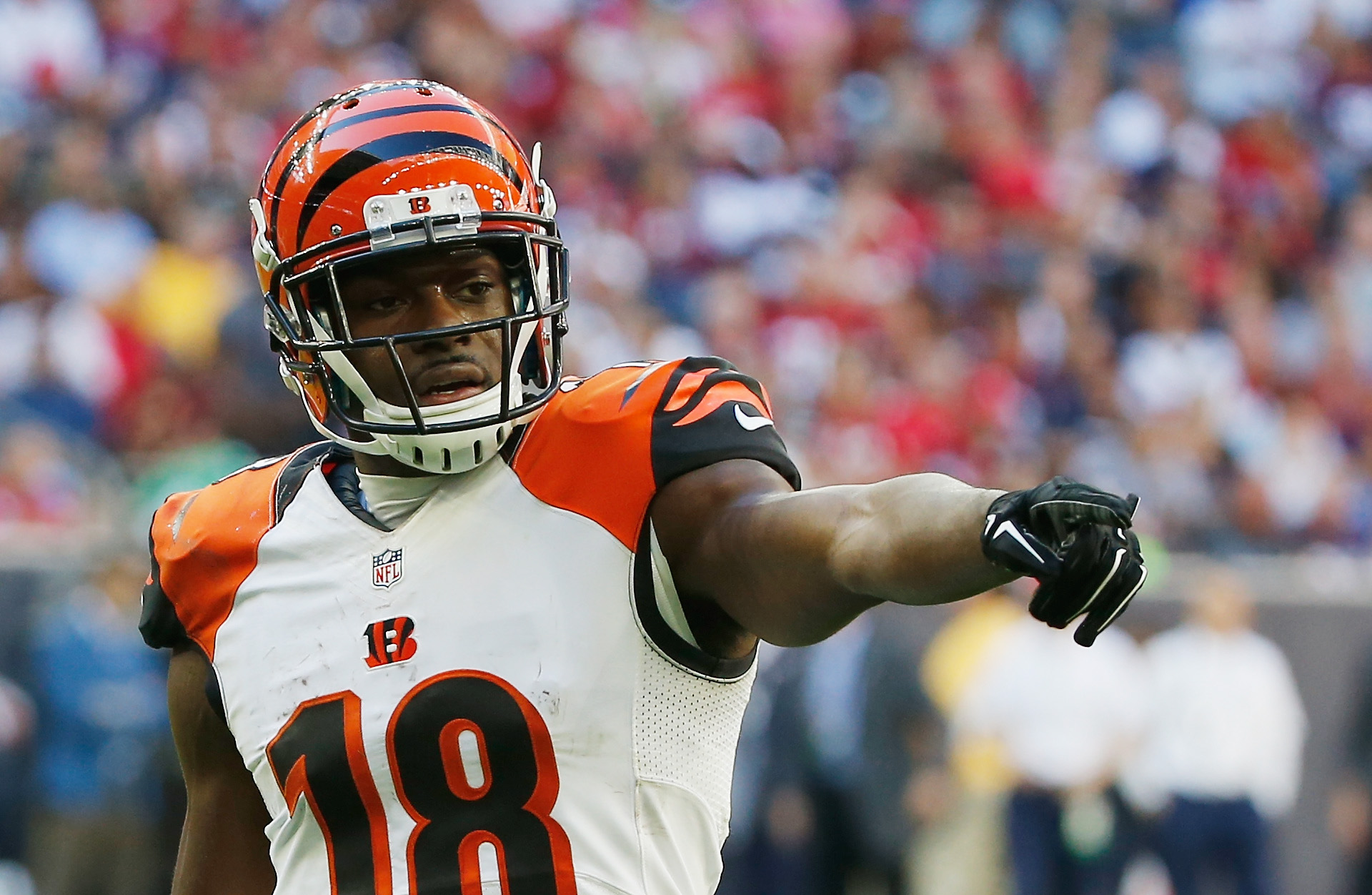 “To me he’s the greatest (Bengals receiver) of all time,” Johnson told the Bengals website. “He can do things I wasn’t able to do. High-point the ball. And he’s a much more consistent pass catcher than I was.”

Considering the antics during his playing days, it doesn’t seem like it would be easy for Johnson to relinquish any type of honor.

This is a guy who posted in his locker a checklist of cornerbacks who failed to stop him and at one point in his career even changed to name to Chad Ochocinco to reflect his uniform number 85.

According to Pro Football Focus, 76 of Green’s 121 receiving yards came against Norman in Sunday’s 27-27 tie with the Redskins in London.

Yet Green doesn’t draw attention to himself the way Johnson did and therefore is underrated in today’s NFL. He’s made the Pro Bowl in each of his first five NFL seasons and will probably make it to a sixth.

Perhaps it’s just as well that Green quietly goes about his business while other receivers hog the spotlight, because A.J. Uno-ocho just doesn’t roll off the tongue like Chad Ochocinco.