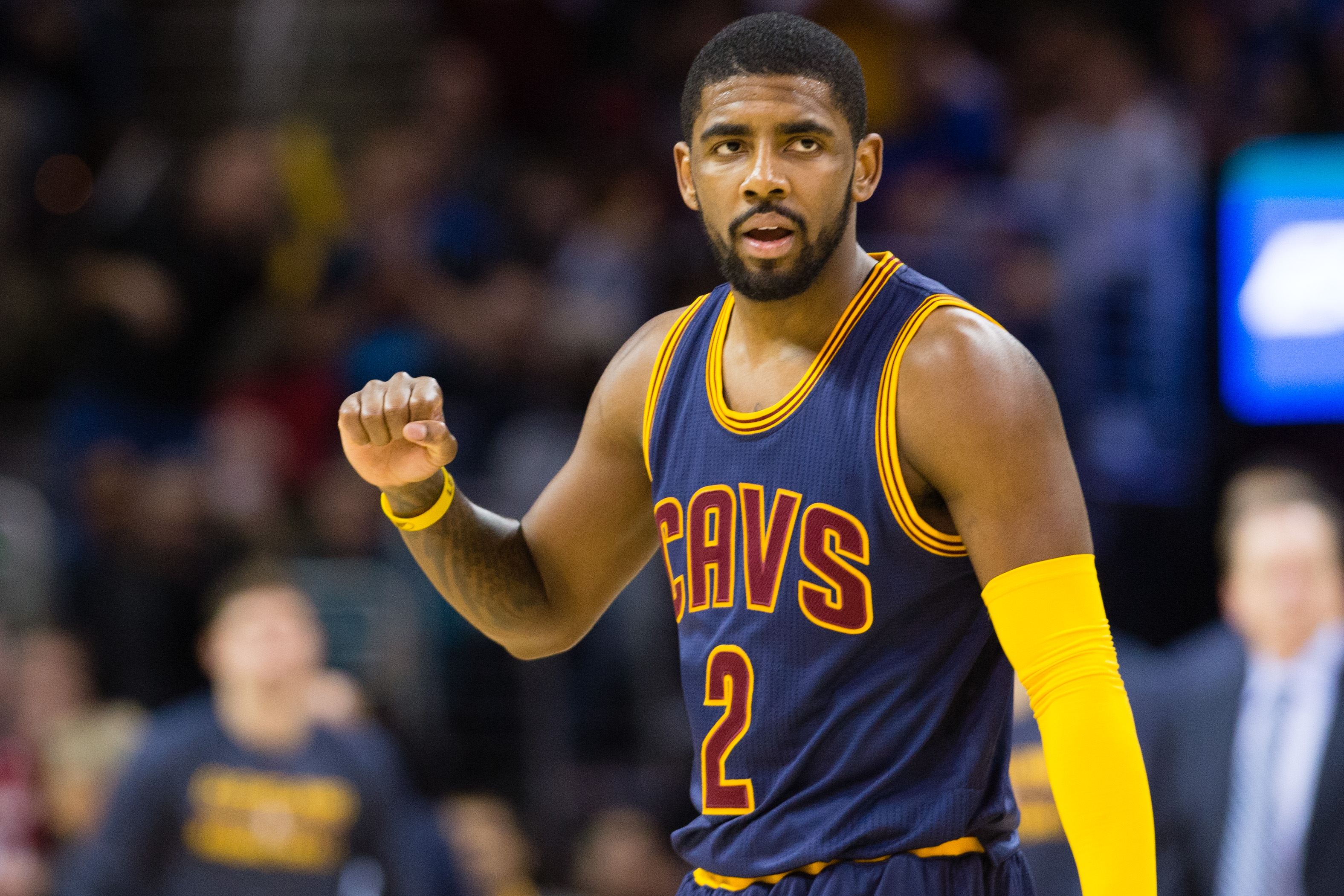 Former rookie of the year, three-time NBA All-Star, NBA Champion–at only 24 years of age, Cavaliers guard Kyrie Irving has already done plenty to etch his name in the NBA record books. On paper, the accolades make Irving look pretty good, watching him in person makes him look even better.

Irving has yet to find himself in the conversation for league’s most valuable player. Given the trajectory of his career, he may be finding himself in that conversation very soon. He received a pretty good endorsement from teammate LeBron James, who had this to say about Irving:

With his team off to its first 5-0 start in 40 years, Irving has played a major role in Cavaliers’ early success. His play perhaps suggests that Irving is ready to take the next step in his career.

The best part of it all? LeBron doesn’t seem to care.

A large part of the reason James returned to Cleveland was to play with Irving. James has had plenty of individual accolades, but winning in Cleveland (perhaps multiple times) was his goal. Irving was undoubtedly the biggest selling point in James’ return.

James, who is regarded by many as a basketball genius, saw the potential in Irving. Now that both share the floor at Quicken Loans Area, James seems to be content to facilitate the game while Irving carries the scoring load. The arrangement perhaps will elongate James’ career. What it definitely will do is play a part in crafting Irving’s legacy.

Aside from playing with the league’s best facilitator, playing in Cleveland has significant advantages for Irving’s potential run at MVP. The Cavaliers are a regular on national television, which gives Irving the exposure he needs to garner attention. In addition, the last 6 MVP’s teams have made it to at least the conference finals. [Side note: The last player to win MVP and have his team not make it to the conference finals round was LeBron James in 2010].

Irving lives for the limelight. Time and time again in his NBA career, Irving has taken (and made) big shots to close out games. None of those shots were bigger than the three he hit over unanimous MVP Steph Curry to help propel the Cavaliers to the 2016 NBA title. The shot will live on in history as the one that changed the fortunes of a city starving for a title. It could very well end up being one that proves to be a springboard for an illustrious career, as well.

If his career ended today, Irving would be remembered for his signature shot and for a guy who helped some pretty cool sneakers. Maybe scariest thing about Irving is that he continues to get better.