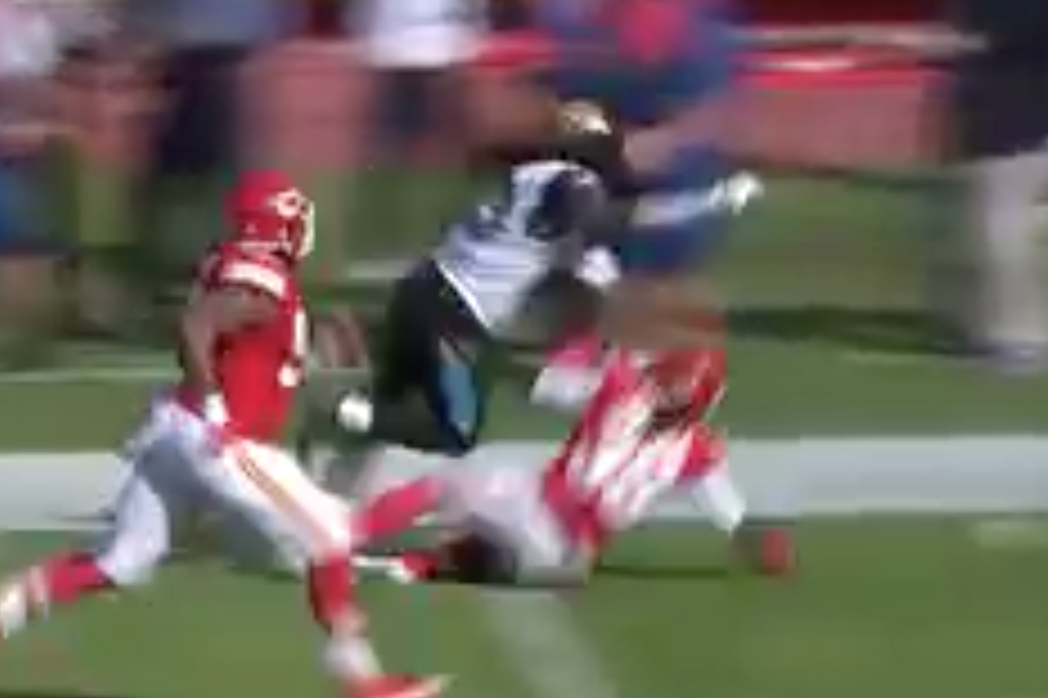 Jaguars RB Chris Ivory’s 2016 campaign has been disappointing so far. He’s rushed for only 129 yards on 40 carries, with a single touchdown.

Those numbers are pretty much indicative of how the Jaguars’ season has gone so far. Ivory, however, had a really nice run during Sunday’s game against the Chiefs, when he ran over a Chiefs defender en route to a big run up the sideline.

All in all, it was a 42-yard gain, and Ivory’s yards per carry just went up big-time.