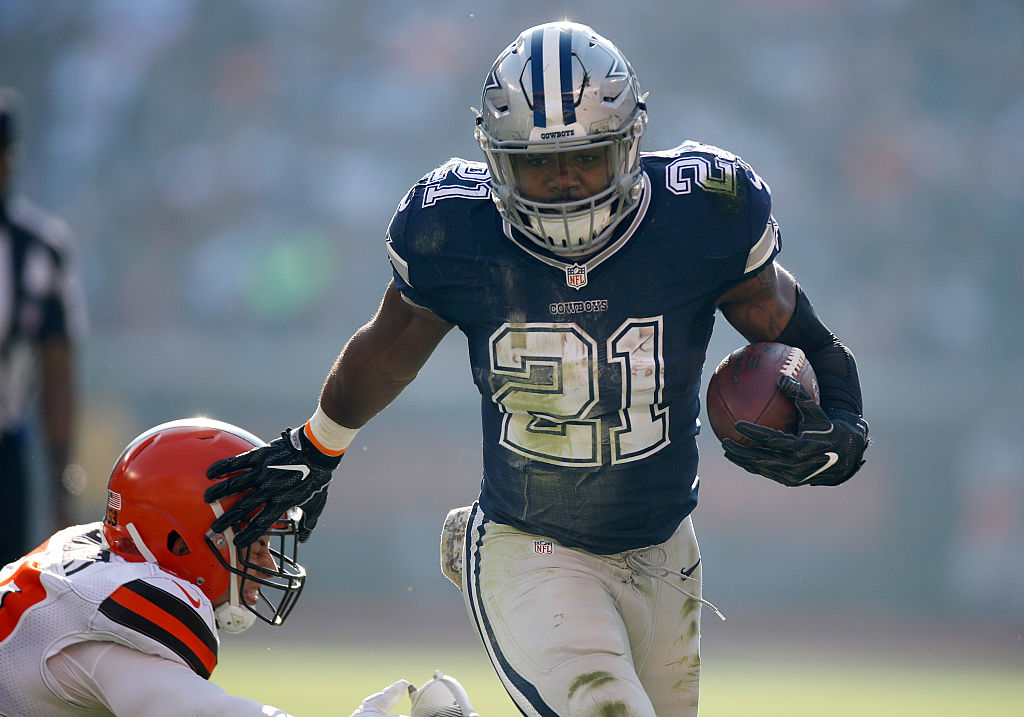 There was no trap game to be found when the Cowboys put the pedal to the Browns and demolished them 35-10. The defense once again held the opposing team’s running back and receiver to under 100 yards each.

My takes on the game:

Ronald Leary suffered an undisclosed injury in the 3rd quarter and it was later revealed he was under the concussion protocol. The good news is that Leary himself declared he is ok per his tweet:

Another great win for the squad! #CowboysNation …… And I'm all good. Preciate it

Ezekiel Elliot is a better runner, blocker and receiver than Emmett Smith. Don't know if he'll have the career, but clearly better.#Cowboys

Dez Bryant has had another injury riddled season and a slow start. Today he had 1 catch for 19 yards, bringing his total to 15 catches for 253 yards and 2 TDs. You have to wonder if the torch for the #1 playmaker on the team has been passed to Zeke.

We’ve reached the halfway-point of the season and there are some bad teams that will be looking for new head coaches. If the Cowboys continue to roll, especially offensively, then Scott Linehan will get a look for more than a few teams. Where this could get interesting is with Norv Turner. If Linehan were to take a gig, Turner would be salivating over the thought of coordinating with the offensive line the Cowboys boast.

Who gets your gameball for this week’s victory, take the poll below: