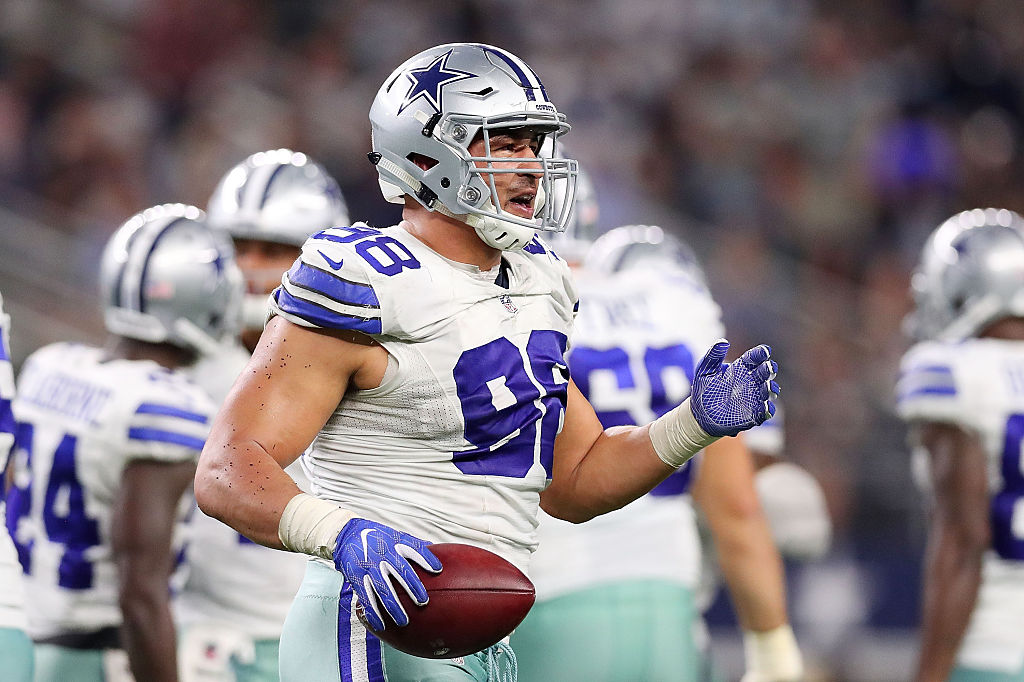 The Cowboys will begin the 2nd half of their season on the road against the Pittsburgh Steelers as underdogs. Can you believe that nonsense? I understand it’s the Steelers, but these guys are beat up and 4-4 on the season. They haven’t done a good a job against the run as they have in previous seasons.

We are going to get it done on both sides of the ball. Surprisingly, the Cowboys defense has stepped up despite not having a marquee pass rusher since DeMarcus Ware departed three seasons ago.

To the Cowboys credit, the defense is playing better. They have held opposing offensive players to under 100 yards all season long – impressive.

Let’s take a look at the sack leaders thru 8 weeks:

At first glance these numbers do not look impressive, but you can see the sacks are coming from everyone. Marinelli has preached “as one” unit, and they have stepped up to that calling. So, in that regard they are doing good.

Now, when you look at the individual player, some flags may pop-up. Tyrone Crawford leads the team with 3.5, but that is on par with his average for this time of year. Does he play to his contract? That can be argued either side. I do think Crawford has faring better since they bumped him out to DE.

Benson Mayowa was a lower-tier free agent acquisition and that does not appear to be paying much dividends right now for the price they paid him. Could be one of the year’s disappointments thru 8 games. They took a gamble on a player that really didn’t have much tape, and thru 8 games, looks more like a rotational player at best.

Cedric Thornton isn’t really a sack machine, but his contract was somewhat significant. He’s had his moments, but it looks like Maliek Collins has unseated him and everyone else at the 3-tech position.

Collins had a breakout game against the Browns with 2 monster sacks, so I’m hoping we can start to see those sacks come in bunches. I feel like he is getting better with each game and looks to be a good one.

Demarcus Lawrence has zero sacks and just 4 tackles on the season. I think he could be the biggest disappointment for the 1st half of the season. I get he missed the first 4 games, but he’s not getting it done. He’s been a slow starter every year, and looks to be on that same arc yet again. We whiffed on the trade-up for him and still looking for that marquee pass rusher, it is not Lawrence. Dare I say I miss Anthony Spencer?

If the Cowboys can duplicate their 18 sacks, then they will surpass their 2015 total of 31 sacks.

How do you feel about the Cowboys sacks totals thus far? Is anyone disappointing or doing better than expected in your eyes?