Ezekiel Elliott Will Surpass this Cowboys Legend on Sunday 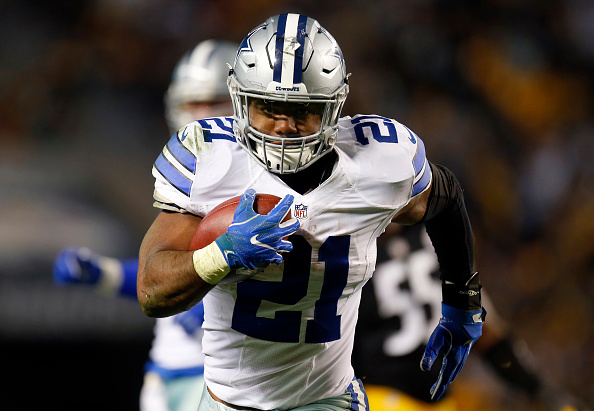 The Cowboys will look to advance to 9-1 on the season as they host the Baltimore Ravens. The Ravens are the next #1 rushing defense that has been touted as the next biggest test for the Cowboys.

You have to wonder how many more “tests” must be passed before the Cowboys are the favorites in every game? The Ravens don’t want anything to do with stopping Ezekiel Elliott on Sunday and he will have success.

I mentioned this earlier in the week, but outside of LeVeon Bell and Matt Forte, the Ravens have not faced a running back of Zeke’s caliber behind the Cowboys dominant offensive line. So, that #1 ranking is a bit deceiving until you look a little deeper. He’ll have some adversity in the game, but he’ll have more success like he has most of the year.

One of the storylines to watch will be the Cowboys rookie rushing record that has been held by Tony Dorsett for 39 years. Ezekiel is currently at 1,005 yards and Dorsett’s record is 1,007 from the 1977 season. Coincidentally, the Cowboys won the Super Bowl in 1977 and Dorsett won the NFL Offensive Rookie of the Year as well.

Dorsett will be at the game Sunday:

After holding @dallascowboys rookie rushing record for 39 yrs, I'll be on that sideline tomorrow 2 see @EzekielElliott do his thing! Rumble! pic.twitter.com/Vt9ZquZB8e

No doubt Zeke will get the record, likely on his 1st carry. This will be icing on the cake with another victory. Let’s get the W.

As families get ready for Thanksgiving, which for many means packing in a car and making a bit of a drive.  At least that was...