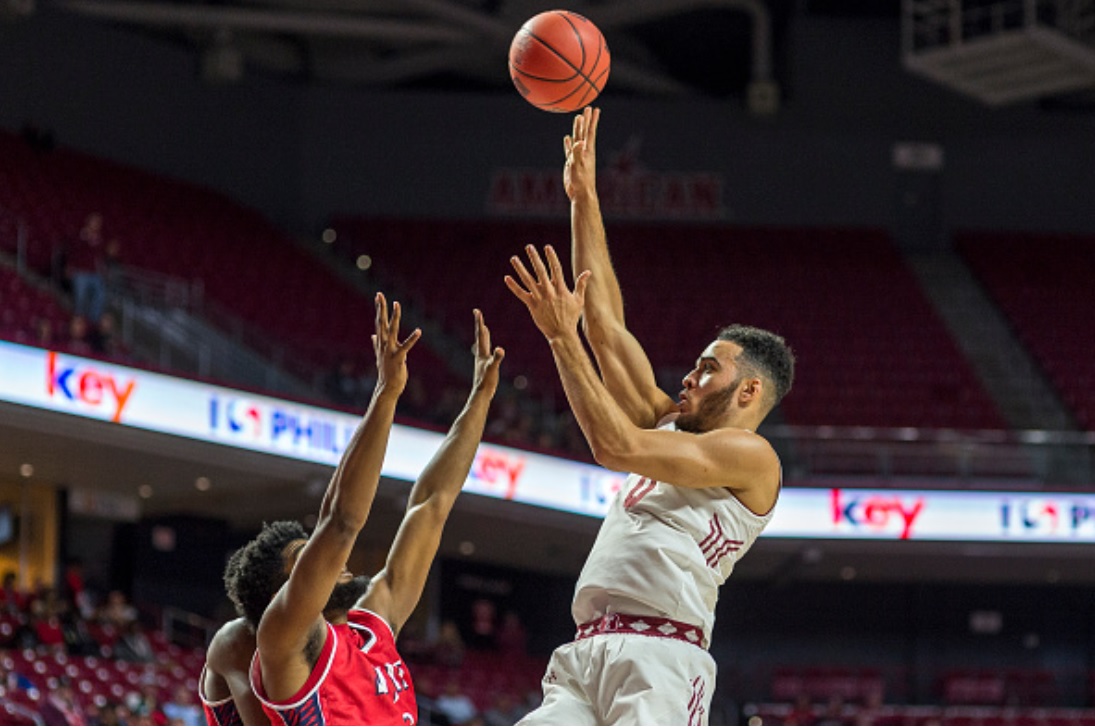 The NJIT Highlanders have come a long way as a program, from the team that lost a record-setting 51 consecutive Division-1 games through early 2009, to one that won 20 games a season ago. Still, as a group that entered play just 1-6 on the road this year, NJIT was a far cry from the three top-25 clubs the Temple Owls have already faced (and beaten twice) this season.

Yet, it doesn’t seem to matter who Temple is up against, the Owls will almost always find themselves in a close game. As Temple forward Daniel Dingle (11 points) put it after the game, “It’s not gonna be easy. It’s gonna be a war every time we step on the court.”

Ultimately, all the Owls really care about is getting the better end of the scoreboard when it’s all said and done, and they accomplished that task on a snowy Saturday afternoon. Every time it looked like NJIT might pull off the upset, Temple had an answer. First, with the Highlanders up 19-13 in the first half, the Owls went on a 12-0 surge highlighted by back-to-back alley-oops from Shizz Alston to Obi Enechionyia.

The first throwdown especially was one for the highlight reels, with Enechionyia dunking on and getting fouled by NJIT’s Tim Coleman. Obi remained non-plussed about his athletic feat after game, saying, “I was just focusing on the dunk. If he wants to jump, that’s fine with me.” Daniel Dingle could afford to be less humble on his teammate’s behalf:

NJIT kept coming though, led by leading scorer Damon Lynn, who finished with a game-high 25 points on 7-15 shooting from three. Lynn knocked down 6 threes in the second half alone, earning high praise from Temple head coach Fran Dunphy:

“It’s hard to get that many off, but he finds a way because he’s so quick at it. He has free rein and I was really impressed when I watched him on film and really impressed in that second half as well.”

Behind Lynn’s sharp-shooting, it was still a tie ballgame at 58-58, when Enechionyia again came up big for the Owls with a three-pointer as the shot clock expired. Enechionyia, who has scored double figures in all but one game this season, put forth an efficient performance with a team-high 13 points on 5-11 shooting and 8 rebounds.

And yet, it still wasn’t over quite yet. At least not until, with the game knotted up at 63, Shizz Alston drove and laid in a bucket to finally put Temple back on top for good.

The Owls are a little less than two weeks from conference play, but they’ve already been through a full year’s worth of close calls. To their credit, now sitting at 8-4, those calls have been going their way more often than not. Hopefully, that continues to be the case moving forward.