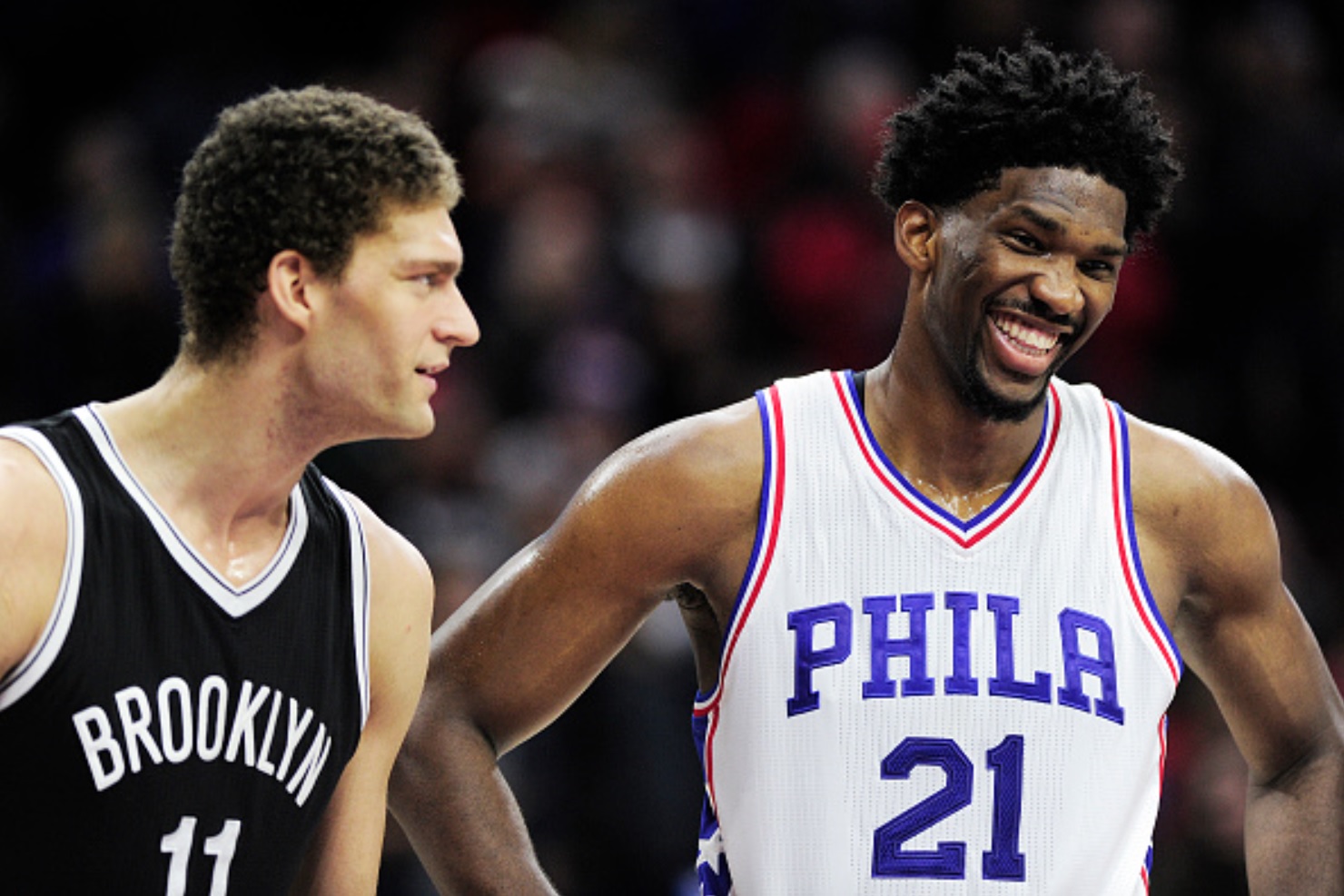 Entering play Sunday night, controversy swirled around the Philadelphia 76ers with the announcement that Nerlens Noel would not be a part of the rotation for the foreseeable future. Despite a hollow justification of ‘basketball reasons’, it’s pretty clear that management was not happy with his recent comments about only playing 8 minutes in a game, etc., etc.

Luckily, one man saved us from nothing but negativity with what is supposed to be entertainment in watching our favorite basketball team: Joel Embiid. Succinctly, Embiid was everything for the Sixers Sunday, practically single-handedly dragging his team past a bad Brooklyn team. Embiid dropped career-high 33 points, shooting 12-17 from the field, 2-3 from three, and 7-8 from the foul line; he also tallied 10 rebounds, 3 blocks, and 2 steals. Tellingly, JoJo was +7 during his time on the floor, while the next best starter was -7.

Joel Embiid scored 17 points in third quarter alone, getting the team back into the game after the Sixers trailed by as many as 9. He also closed things out for the squad, hitting a three from the top of the key with just under 3 minutes left to put the Sixers back up 2. On the very next play, he helped onto Jeremy Lin defensively and forced a turnover, showing off his amazing defensive versatility as a 7’2″ center. The Sixers never trailed again.

Despite ‘basketball reasons’ being cited for sitting Noel, the Sixers still went with the ineffective twin towers arrangement to start each half, which is about as anti-basketball reasons as it gets. It was very hard to justify putting so many people out of position to garner heavy minutes for Jahlil Okafor, who went 0-10 from the field for just 3 points in 28 minutes. Part of me doesn’t like bagging on Okafor so much, because he does seem to be trying, as evidenced by his hustling for 11 rebounds. But he is absolutely terrible defensively, and still such a one-on-one scorer on offense that it disrupts the team’s flow, even on nights when he’s actually capable of making a shot.

The Sixers were far and away their best with Embiid on the floor surrounded by shooters, a philosophy espoused by nearly all modern NBA decision makers. You can see here how valuable it is to have Embiid hanging around the paint, rather than off marking a power forward around the arc.

These never get old. pic.twitter.com/rdQaLmAvhi

Aside from his terrific play, Embiid really appears to be capturing the spirit of the city, diving into the stands for the second straight game. He said after the game that he has taken to heart Allen Iverson’s motto of “playing every game like its your last”. Coincidentally, Iverson was the last Sixers rookie to score 33 points in a game.

Philly's gonna love watching this guy for the next 15 years pic.twitter.com/u6p8WHUE5L

Embiid even found time for the most light-hearted moment of the evening. After this play where he both mishandled a pass and botched a wide-open lay-up (but then put it back in), Embiid made a whisper motion to the crowd as if to say “don’t tell anyone what happened”. It’s good to see Embiid having fun with what’s supposed to be a game, after all.

Other things happened outside of Embiid. Ersan Ilyasova scored 22 points on 4-7 shooting behind the arc, and Brook Lopez kept the Nets right in the thick of things with a tremendous line of 22 points, 9 rebounds, 8 assists, and 4 blocks. But things still inevitably circled back to Nerlens Noel after the game.

Brett Brown, on if he feels bad for Nerlens Noel not getting a fair shot: "I feel worse for Richaun." Cites Holmes "being here since Day 1."

Forgetting the fact that Noel stuck through an extra year of losing (plus sitting out a year with an ACL injury), it’s clear there’s some bitterness there about Noel making training camp comments this year and then having elective surgery. I love Richaun Holmes, and kudos to him for being nothing but a team player through all of this; he deserves to be seeing the floor as well. But Noel is the 2nd-best healthy Sixers player right now. The fact that he was reduced to scraps of minutes, and now none at all, is a failure from management in not taking care of this roster problem in the offseason.

So with so much around the team right now a state of dysfunction, at least the function of the Process worked: the Sixers have their superstar. Love live Joel Embiid.