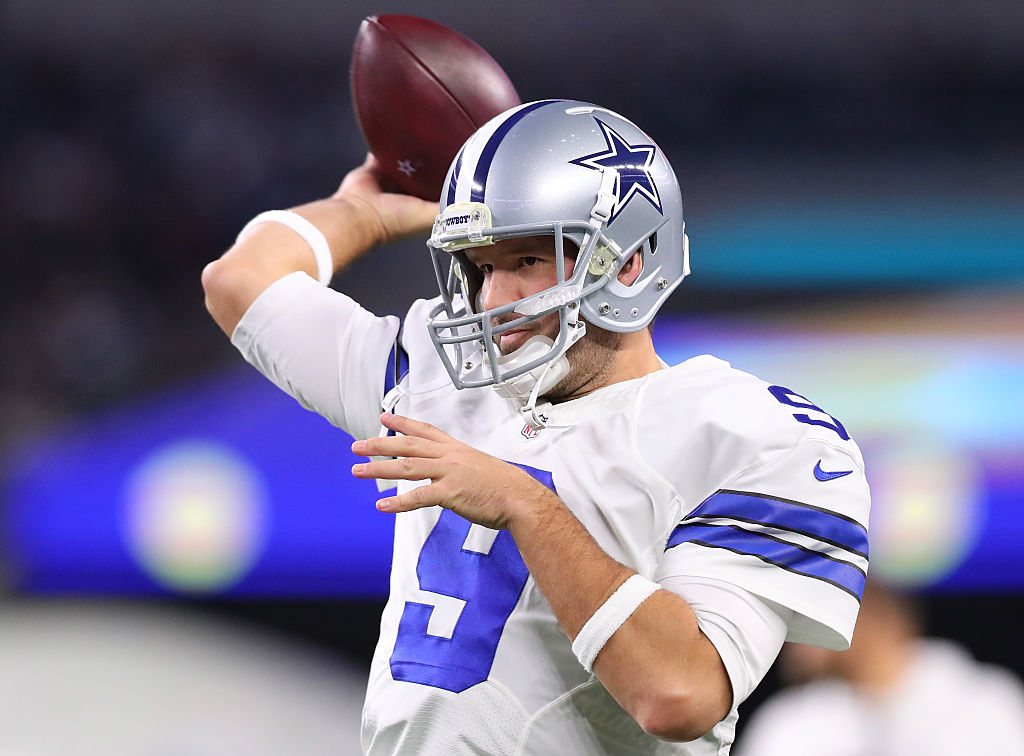 We’ve see the reports about Tony Romo supposedly playing against the Eagles.

Cowboys' QB Tony Romo is expected to play Sunday vs Eagles for the first time since Thanksgiving 2015, sources tell @toddarcher and me.

Dak Prescott still will start Sunday, but Tony Romo and Mark Sanchez are expected to see action; for how long remains to be determined.

I’m not so sure I agree with the thinking here at all. Why put the risk of Romo in a completely meaningless game?

Just this morning however, on 105.3 The Fan, Jerry Jones was asked about Romo playing and he seemed non-committal on the subject.

Jerry Jones declines to tell @1053thefan definitively whether or not Tony Romo will play this weekend.

Well, I guess we will see if Romo will play. Should he play Sunday? Take the poll.

Supposedly, Tony Romo may play Sunday against the Eagles, should he? #yes #no CowboysNation #DallasCowboys#TonyRomo

I just want to get out of there healthy. Get a series or two here and get the hell outta there.