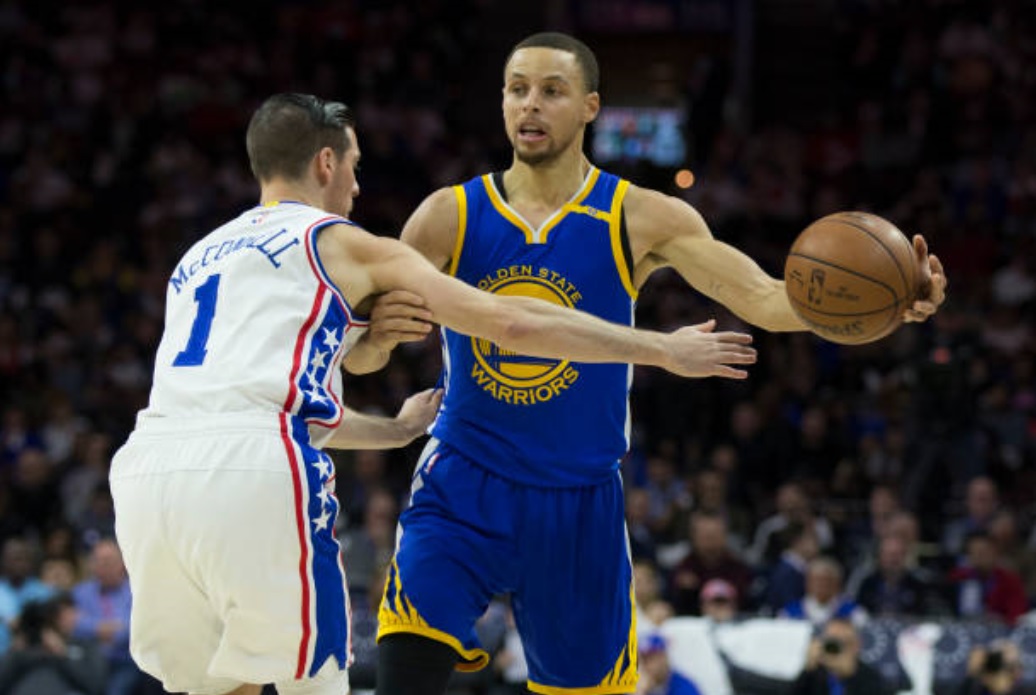 As what’s been a rough month for Philadelphia 76ers fans winds down, they took another punch to the gut earlier in the day Monday with the announcement that Joel Embiid would require an MRI due to increased swelling in his knee. If there was any doubt before, it now looks to be certain that the once-runaway Rookie of the Year favorite will be out for the remainder of the year.

In other less-than-encouraging housekeeping news, Ben Simmons is undergoing a minor procedure to try and stimulate growth in his foot (always what you like to hear!), and the Sixers finalized the buyout with Andrew Bogut (way to read the market again, Bryan Colangelo).

Amidst all that commotion, the Sixers had the almost-two-time defending champion Golden State Warriors coming to town. Thanks to an uncharacteristically poor shooting performance from the Dubs, the Sixers were able to hang around within striking distance for the entirety of the game. Golden State shot just 6-29 from behind the arc as a team, missing their first 8 shots from downtown. Steph Curry did not have his usual allotment of NBA Jam TE-style power-ups, missing all 11 of three-point attempts, including a pair of airballs in the first quarter.

The really nice thing about having 4 top-notch Olympians on your team though, is when one is having an off night, others are right there to pick up the slack. Draymond Green was all over the court as usual, finishing with 14 points, 11 assists and 5 steals. Meanwhile, Kevin Durant got to the foul line 11 times (making 10), on his way to 27 points, 8 rebounds, and 4 assists.

Still, given the fact that the Warriors weren’t their usual Super Saiyan selves from downtown, the Sixers might have been able to pull off the upset if they had taken better care of the ball. Philadelphia gave it away 23 times, with the biggest culprit being Jahlil Okafor.

Coming off his strong performance Saturday night against the Knicks, Jah was unable to string two good outings together, recording 4 points and 3 rebounds, against 7 turnovers and 5 personal fouls in just 17 minutes. Unsurprisingly, he was a team-worst -15 on the evening. Not only was he barreling into Golden State defenders like a poorly-designed soap box derby car and getting whistled for charges, but Okafor was often caught displaying his customary level of defensive “awareness”. The way his mid wanders puts a new spin on pace-and-space.

@CrossingBroad check out the effort by Jah here on the half hearted double team. Incredible. pic.twitter.com/ZdXQnfRhm9

There were bright spots for the Sixers. Dario Saric saw his string of double-doubles broken, but did have an excellent line of 21 points, 7 rebounds, and 7 assists. The fact that he’s scoring so efficiently without shooting well from the outside (0-6 from three), could bode very well if his shot adjusts in the NBA like it did given time in Europe.

Robert Covington continues to perform like an elite 3-and-D guy, tallying 15 points, 8 rebounds, and 4 steals. Rock has expanded his offensive game with some nice drives to the hoop, something completely foreign to him as recently as the beginning of this season. With his ability to shut down multiple positions defensively, he’s providing tremendous value on both ends of the floor. Colangelo needs to use some of that money he won’t be spending on Nerlens Noel and hammer out an extension with Covington this summer before he hits the open market next year.

Finally, the other side of the current Sixers center duo fared much better than his counterpart. Richaun Holmes played with tremendous energy on both ends of the court and wound up with 15 points and 3 blocks. Few players have the kind of pogo-stick like leaps that Holmes shows when he tenaciously attacks the offensive glass. He also owned Draymond Green on a play, dunking the ball so hard that Green’s face transformed into a trampoline on its return trip down through the hoop.

Ultimately, it was a missed opportunity to catch a good team on a bad night and provide some much-needed added excitement for fans with a win. The Sixers still put on a good show for most of the evening, and really, every loss counts with the team’s best two players out for the season and the controls on this tanking vessel set to dive. The team will next take on the Heat in South Beach Wednesday night.