Steelers will regret letting Lawrence Timmons get away 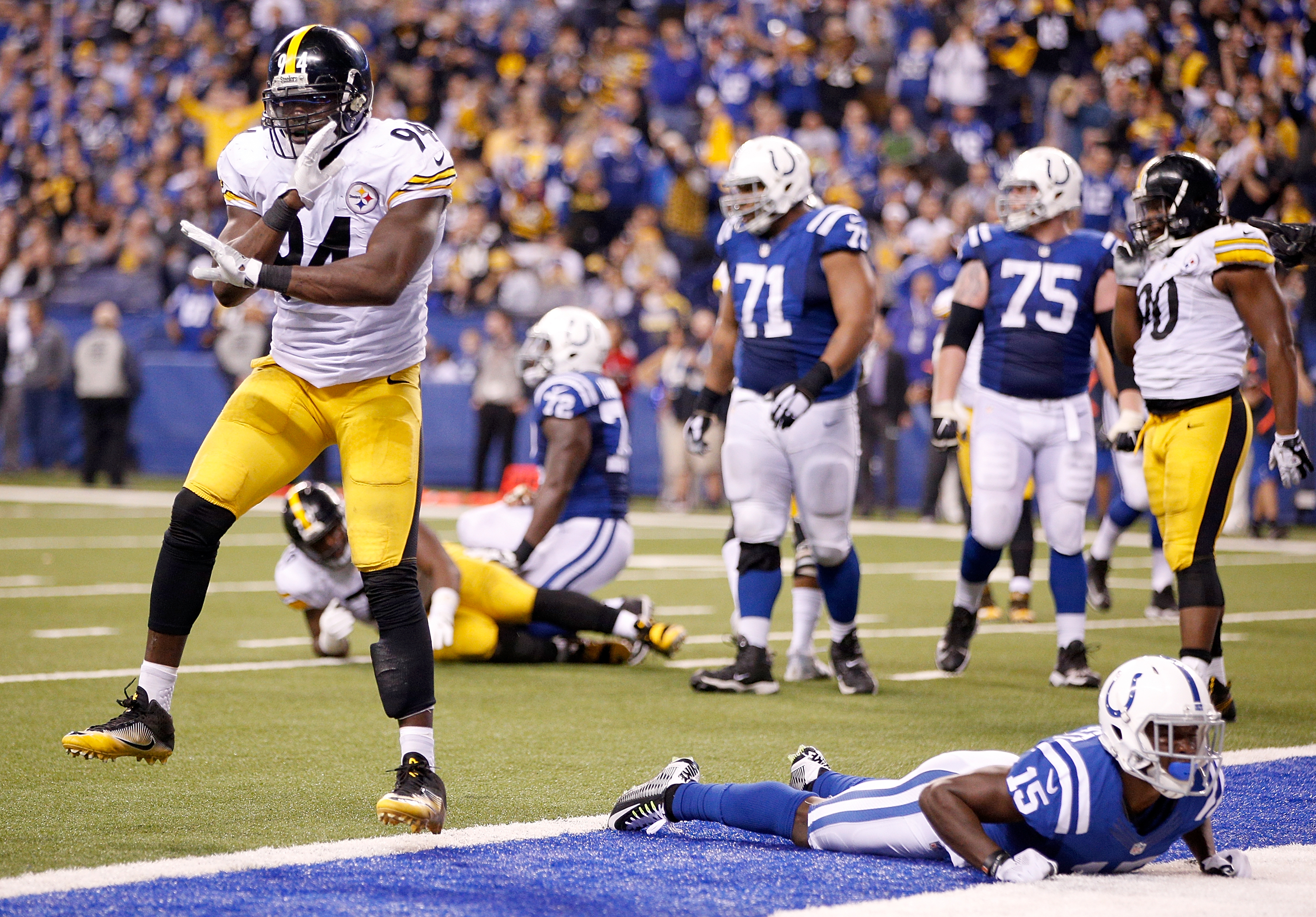 Steelers will regret letting Lawrence Timmons get away

He won’t be wearing a Steelers uniform during those years.

The veteran inside linebacker signed a two-year, $12 million contract with the Dolphins late last week.

Dont’a Hightower was scheduled to visit the Steelers. Landing Hightower, who is four years younger than Timmons, could be the Steelers’ grand plan. But this is shaping up as another battle the Steelers will lose to the Patriots.

With Dont'a Hightower there's a very strong perception among other teams he's going back to Pats for $10M/yr. The ties to NE run deep…

Timmons made the Pro Bowl in 2014, then appeared to be on the decline in 2015 before rebounding last season and leading the Steelers with 114 tackles to go with 2.5 sacks, two interceptions and a forced fumble.

The Steelers took Timmons in the first round of the 2007 draft, 15th overall. He was chosen one spot after Darrelle Revis and Mike Tomlin’s first draft choice as Steelers head coach.

In four of Timmons’ first six seasons, the Steelers defense ranked first in yards allowed. They ranked fifth in 2009 and second in 2010. Timmons helped secure the Steelers’ 33-10 win over the Tom Brady-less Patriots at Gillette Stadium with an 89-yard interception return in 2008. That was a key victory that helped carry the Steelers to a win in Super Bowl XLIII.

While other members of the Steelers’ defense had more star power, Timmons was a consistent part of the unit.

Timmons became a regular starter in 2009 and hasn’t missed a start since 2010, the year of the Steelers’ last Super Bowl appearance. He’s led the Steelers in tackles every year since 2013.

Ryan Shazier is emerging as a star at inside linebacker for the Steelers, and the plan is to pair him with Timmons’ replacement, Vince Williams. A sixth-round pick in 2013, Williams has starting experience and had 13 tackles and a sack in the Steelers’ 43-14 win over the Chiefs in Week 4.

The reason Williams started that game is also a reason why it’s a bad idea for the Steelers to let Timmons get away. Shazier was injured. Shazier isn’t nearly as durable as Timmons. If Shazier misses time again, and that’s not really a big “if,” Williams won’t be able to replace him because he’s already replacing Timmons.

The Steelers are getting younger on defense, but Timmons isn’t really that old. He turns 31 in May. He joins Mike Merriweather, Greg Lloyd and Joey Porter as the only Steelers with 30 sacks and 10 interceptions. His totals in those categories are 35.5 and 12.

Speaking of Porter, he had 17.5 sacks in 2008, two years after the Dolphins signed him away from the Steelers. Timmons isn’t the pass rusher Porter was and won’t reach that sack number, but if history repeats itself and he has anywhere near that kind of an impact in Miami, it will help a team that is jockeying for position with the Steelers in the AFC pecking order of teams not named Patriots.

Timmons counted more than $15 million against the Steelers’ salary cap last season. Judging from the contract he signed with the Dolphins, he would have had less of a cap impact if the Steelers re-signed him.

Unless the Steelers can use that cap space on Hightower, letting Timmons leave is a mistake.