Race for the Best Record: Last 16 games for Spurs & Warriors 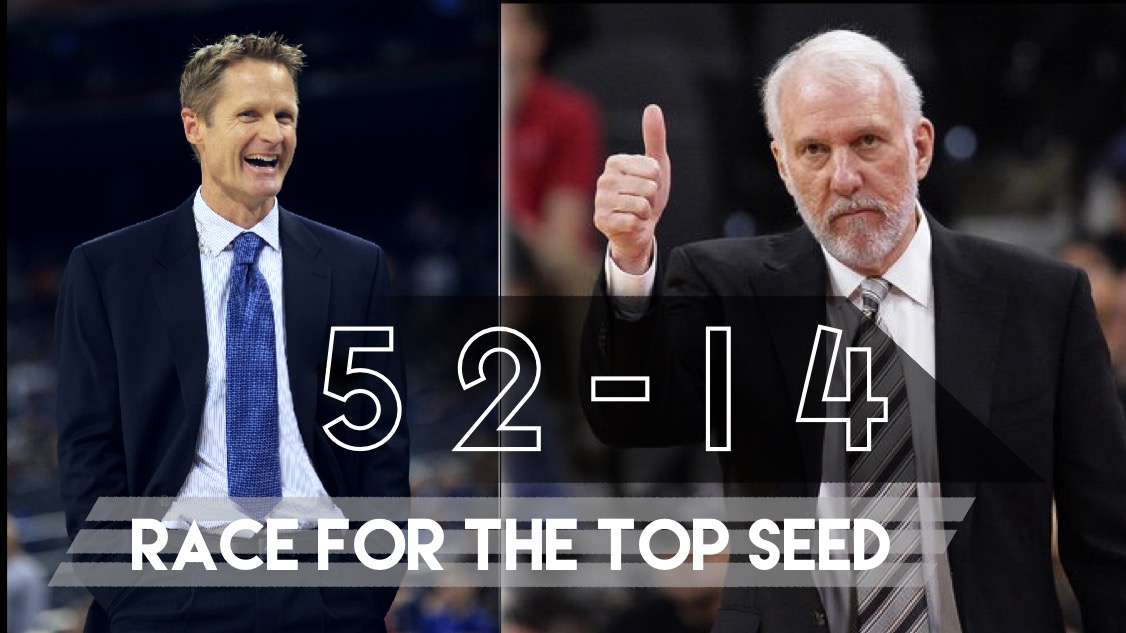 Race for the Best Record: Last 16 games for Spurs & Warriors

AT&T CENTER – With their win over the Atlanta Hawks Monday evening, the San Antonio Spurs became the holders for the best record in the NBA at 52-14. While the Golden State Warriors also have the exact same record as the Spurs, San Antonio winning the head-to-head series Saturday gives the Spurs the tie breaker anytime the team’s have the same record in the standings.

With 16 games remaining for both teams until the playoffs begin and with both teams missing one crucial player for their team (Spurs – LaMarcus Aldridge, Warriors – Kevin Durant), let’s look at who has a tougher schedule to end the season when evaluating a few different criteria.

The chart below is broken down by back-to-back sets left, home games left, road games left, and finally, games left against teams that are .500 or above as of 03/13/2017.

While both team’s schedules are close in the difficulty level, the Spurs seem to have a slightly tougher road ahead, as not only do they have one less home game than the Warriors, but they play two more teams that are .500 or above. The .500 or above teams the Spurs still have to face are the Memphis Grizzlies three times, Oklahoma City Thunder, Los Angeles Clippers, Utah Jazz twice, Cleveland Cavaliers, and Warriors.

The Warriors meanwhile have to play the Grizzlies once, the Thunder once, the Washington Wizards once, the Jazz once, the Spurs once, and the Houston Rockets twice.

Depending on how the teams look by the end of March, the March 29th season finale between the Spurs and Warriors could be a key game in determining who claims the overall best record. Though the Houston Rockets are on the trail of the Spurs and Warriors, it doesn’t seem likely they’ll be able to make up a 6.5-game gap between now and the end of the season.

While both teams wait for their missing stars to heal and return, it’ll be interesting to see how both teams address the last 16 games ahead, with both coaches believing strongly that rest might be important in those last few games, rather than chasing a playoff seed.